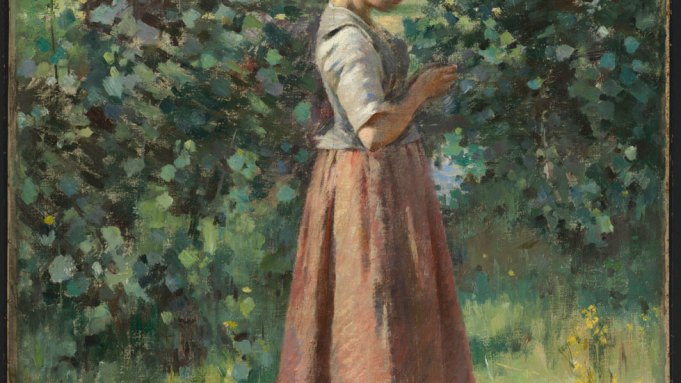 For true collectors, the pursuit of beautiful or meaningful things, and the obsession with acquiring them, is an all-consuming passion. Usually it’s a solitary endeavor, driven by the force of an individual’s singular fixation. Sometimes it’s a collaboration, as in the case of Etta and Claribel Cone. The Cone sisters of Baltimore were of a single mind when it came to their ardent belief in the transcendent quality of works by certain practitioners of the avant-garde in the first half of the 20th century. They were particularly drawn to the Parisian avant-garde, and especially to Matisse and Picasso. Both women spent a great deal of time and money to support these artists and others, and to champion their unconventional visions.

“Collecting Matisse and Modern Masters: The Cone Sisters of Baltimore,” currently on view at the Jewish Museum in New York through Sept. 25, brings together some 47 paintings, sculptures and works on paper from the collection, as well as jewelry, textiles and generous offerings of photos and other documentary material. All of the objects were bequeathed by Etta to the Baltimore Museum of Art upon her death in 1949. Claribel died earlier, in 1929, and left Etta in control of the collection. Curated by the Jewish Museum’s Karen Levitov, the exhibition effectively evokes the Cone sisters’ life and times, and provides a strong example of what passionate collecting is all about.

The sisters were heiresses of a textile fortune. Their father, Herman Kahn, a Jewish immigrant from Germany who settled first in Virginia and later in Maryland, changed his surname to Cone. He  founded a company based in North Carolina and achieved success in the booming business of manufacturing denim, corduroy and flannel. Two among 13 children, the sisters never married. They devoted their lives to art and culture, traveling the world together in search of works by prominent artists, poets and craftsmen, some of whom they befriended. In Paris in the early years of the 20th century, they visited Gertrude Stein and her brother Leo, whom they had known since 1892 when the Steins resided in Baltimore. Etta developed a particularly close, perhaps intimate, relationship with Gertrude.  Eventually, the Steins introduced the sisters to Picasso, Matisse and numerous other art-world luminaries.

Over the course of several decades, beginning in 1905, the Cones amassed a collection of some 3,000 artworks, including over 500 examples by Matisse and 113 by Picasso, as well as works by Cézanne, Gauguin, van Gogh and others. They also attained extensive holdings of decorative objects, textiles and jewelry.

Right from the start, the Cones demonstrated good taste. One of the first works they purchased and the first piece in the show  In the Grove is a fine 1888 canvas by the American painter Theodore Robinson. The sisters quickly shifted focus to French art, and the exhibition takes off with some famous examples by Matisse, such as Interior, Flowers and Parakeets (1924), a tall, Moorish inflected still life that is one of the most resplendent works in the exhibition. Some humorous drawings by Picasso are here, including Self-portrait: Bonjour Mlle Cone (1907), as well as a particularly emotive Blue Period portrait, Woman with Bangs (1902). Strong pieces by van Gogh and Gauguin add glitter to the trove. A moody landscape by Gustave Courbet, The Shaded Stream at Puits Noir (1860-65), grows even moodier when one learns that it was purchased by Claribel in Lausanne, Switzerland, just hours before her death. Her final act was that of acquiring art, certainly one of the hallmarks of a bona fide collector.

“Collecting Matisse and Modern Masters: The Cone Sisters of Baltimore” was co-organized by the Baltimore Museum of Art, the Jewish Museum and the Vancouver Art Gallery. After a pause following its New York appearance,  the exhibition appears in Vancouver, June 2-Sept. 23, 2012. The show is accompanied by an 80-page catalogue published by Yale in association with the Jewish Museum, with an essay by exhibition curator Karen Levitov and 80 illustrations.