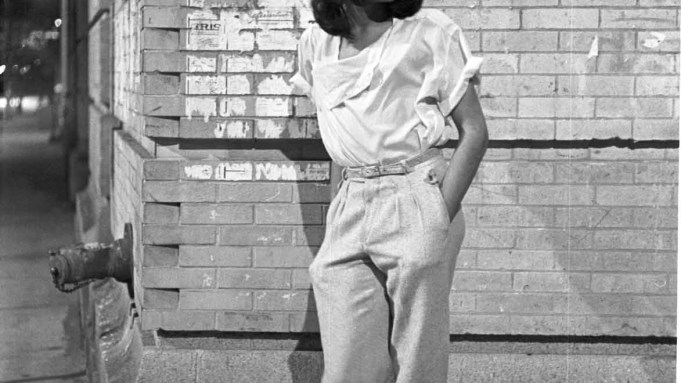 One of the features spotlighting the Whitney Museum’s new site in A.i.A.‘s May issue is “Cruising the Waterfront,” in which artist and writer Jonathan Weinberg considers the history of art and activism in the Meatpacking District in the 1970s and ’80s as a context for the Whitney. The article draws on his research for his forthcoming book, Pier Groups: Sex and Art along the New York Waterfront 1970-1983, as well as his own experience as a gay youth exploring the area at the time. By 1984, Weinberg was writing his PhD dissertation and spending less time downtown. But the activity around the piers continued, and is no less important than what happened in the ’70s when it comes to reflecting on the neighborhood’s legacy. In this follow-up interview, Weinberg fleshes out that history.

BRIAN DROITCOUR  Your essay “Cruising the Waterfront” follows the history of artists working around the piers through the early ’80s. What happened after that, in the period between ACT UP’s emergence in 1987 and the construction of the Whitney’s new building?

JONATHAN WEINBERG  The city demolished most of the structures that had hosted both the type of sex cruising and the kind of experimental, site-specific art production at the piers in the 1970s and early ’80s. The queer scene became increasingly dispersed throughout the city. However, in the 1990s the area around Christopher Street and near the Whitney was an important gathering place for LGBT youth of color. For example, the queer activist Sylvia Rivera tried to make one of the piers a refuge for runaway youth. And of course, the area was also where sex workers plied their trade. You get a flavor for the neighborhood at that time from some of the interviews in the film Paris is Burning (1990), as well as from Efrain John Gonzalez’s amazing photographs, which are on view at “A Buried Past, Forgotten Stories,” an exhibition at the Lesbian, Gay, Bisexual and Transgender Community Center on 13th Street through May 31.

Later, the unsanctioned, carnival-like atmosphere of the waterfront, and the gay West Village in general, was squeezed out by gentrification and the city’s transformation of the waterfront into a series of promenades that were meant to appeal to tourists and the people who could afford to live in the neighborhood’s increasingly expensive housing. The history of the struggle to resist this gentrification is discussed in Benjamin Shepard and Greg Smithsimon’s book The Beach Beneath the Streets: Contesting New York City’s Public Spaces (SUNY Press, 2011).

DROITCOUR  Your article primarily discusses the art and sex of gay and straight men. How did women artists and lesbians negotiate the spaces of the waterfront?

WEINBERG  Gordon Matta-Clark’s dealer, Holly Solomon, talked about how anxious she was in 1975, when she first stepped into the collapsing building on Pier 52 to see Matta-Clark’s famous site-specific work, Day’s End. I think her feeling of vulnerability was due not just to the unsafe environment of the ruins, but also to the hyper-masculine aspect of the waterfront’s art and sex scenes. Notoriously, when Willoughby Sharp curated his now famous “Pier 18” project in 1971 he invited 27 artists ranging in styles, media and intent from John Baldessari to Richard Serra, but no women, a point parodied by Louise Lawler’s 1972 sound piece Birdcalls in which she warbled the names of famous male artists. Joan Jonas’s Delay Delay (1972), performed in an abandoned lot near Pier 18, was a notable exception to the waterfront’s all-male affair. Jonas’s description of the event in which she and her artist friends used their bodies to dislocate, flatten and turn space inside out “without giving to myself or to others the permission to penetrate it” makes a marked contrast to Matta-Clark’s destructive and arguably phallic cutting.

A decade later, Judy Glantzman and Ruth Kligman were among a small group of adventurous women who painted in makeshift studios in Pier 34 at the end of Canal Street, alongside David Wojnarowicz, Mike Bidlo and other male artists loosely associated with the East Village art scene.

Few women felt comfortable enough to venture into the so-called sex piers above Christopher Street, particularly at night, although the uncovered Morton Street Pier maintained by the city was a popular spot for both women and men during the day. Shelley Seccombe, two of whose photographs of the piers illustrate my essay in A.i.A., was one of the few women who documented the waterfront in the 1970s, but she told me that she took her husband with her as a guard when she photographed the interiors of abandoned buildings.

I asked several lesbian friends if they ever went into the pier buildings, and they said they did not feel comfortable among the male cruisers. Most of the lesbian bars were in the heart of the Village and away from the river, but Sea Colony in the 1950s and ’60s and Kooky’s in the early 1970s were on 8th Avenue and 14th Street, respectively, just a few blocks from where the Whitney stands now. The S&M Hellfire club (later known as the Vault) in the Meatpacking District had female patrons, as documented by Efrain John Gonzalez.

DROITCOUR  You praise Whitney architect Renzo Piano’s vision of openness and integration with the city, but wonder if the museum’s programming can keep up. Do you have any impressions of “America Is Hard to See” that make you more optimistic (or pessimistic)?

WEINBERG  The feeling of exhilaration that I felt when I first walked into the Whitney continued on my second visit. Somehow the building seems contemporary without seeming trendy or overly chic. The openness of the plan, the generous fenestration and the bleached wood floors all create a sense of freedom and lightness which I think is very unusual in the museum world. It reminds me a bit of the warehouse galleries and artist lofts of SoHo in the 1970s. Above all, I felt that the building was not intimidating or overwhelming.

In terms of programming, the enormous diversity of the points of views and aesthetic styles in the exhibited works suggests that the curators are trying to rethink standard narratives. However, the survey format itself and its inevitable tendency toward some sort of canon formation (or multiple canon formations) doesn’t really lend itself to radical experimentation. Obviously such a wealthy museum, whose very existence depends on the goodwill of entrenched governmental and corporate interests, can never truly be a space of otherness and anarchy akin to the abandoned piers that used to stand in its neighborhood. Yet the building’s flexibility, its walls that can move or be taken down completely, and the generous new performance and education spaces all suggest enormous potential to host experiences that might momentarily point to a way out of conformity. To paraphrase Walter Benjamin, the task of the Whitney is to make curating and the history of art dangerous to the very traditions the museum is paradoxically meant to preserve and promulgate.

My obsession with the waterfront, and in particular the buildings on the piers that hosted such extraordinary sexual and artistic activity, is not nostalgic (or not merely so). Rather it is to focus on the ability of people to invent new forms out of seeming formlessness and new ways of being from the most abject conditions. If Matta-Clark can forge the wonder of Day’s End out of a dilapidated sanitation shed, surely some intrepid curator can make use of the rich advantages of the dazzling new Whitney to shake us out of complacency and habit.

First Looks: Mercedes-Benz Reveals Both the World’s Most Expensive Car and AMG’s Future