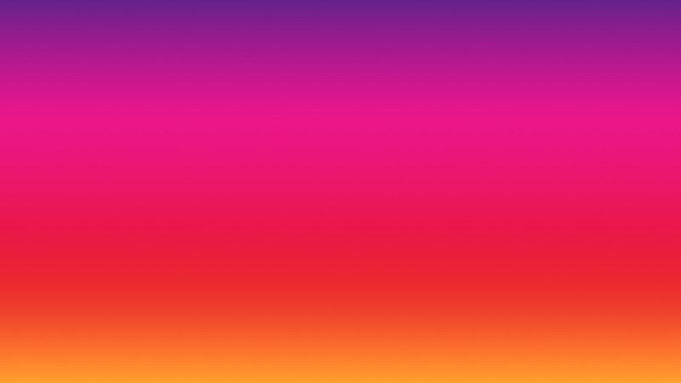 Even movie stars were buying works up quickly at this year’s Art Basel in Miami Beach fair.

“Leonardo DiCaprio just came by and bought a 1973 Frank Stella painting,” Ricky Manne of Marianne Boesky (New York) reported. “It was priced at slightly under a million dollars.”

“I can’t say exactly how much of the booth we’ve sold,” Dominique Lévy Gallery (New York) director Begum Yasar told A.i.A. a few hours into the preview. “But I can say we’re killing it.” The gallery’s booth features a group show including 16 artists, from Alberto Burri to Christopher Wool. Opening day sales included two 1980s Barbara Krugers, along with works by Wool, Richard Serra, Kazuo Shiraga and David Hammons. Prices for works in the booth were as high as $2.2 million.

Art was flying off the sales floor early during the VIP preview, which opened at 11 a.m. Wednesday. Running through Sunday and expected to draw as many as 75,000 visitors, Art Basel in Miami Beach is the only American edition of the global art fair that started in Switzerland, added Miami Beach in 2002 and bought up the fair Art HK in Hong Kong in 2011. Art Basel in Miami Beach, now in its 13th edition, is widely known to prompt a feeding frenzy among collectors.

“Hold on, I have to check my list and make sure I’m not selling anything twice,” a young New York dealer told A.i.A. at her booth early Wednesday afternoon.

“But don’t quote me on that,” she added. “I don’t want to look like an asshole.”

Shortly after the doors opened, Gavin Brown’s enterprise (New York) was already rotating out all of the sold paintings by Bjarne Melgaard and hanging new ones. A mix of Abstract Expressionist-style flung paint and faux-primitive figuration, the acrylic paintings measure about 6 feet on a side and go for $45,000 each.

Even those who hadn’t yet moved their merchandise told A.i.A. they were doing well. “We’ve put two works on reserve with one of the largest American public collections, which is where we’re aiming for our artists,” said Nick Koenigsknecht of Peres Projects (Berlin). In the Nova section of the fair, devoted to works less than a few years old, Peres is showing Mike Bouchet, a veteran of two Venice Biennales, and Dorothy Iannone, 82, who currently has an exhibition at Zurich’s Migros Museum.

“People have already been drooling over the Cory Arcangel color gradient piece,” Todd von Ammon of Team Gallery (New York and Los Angeles) told A.i.A. moments after the doors opened. These large, colorful prints use Photoshop color gradients to create bands of hues melting into one another. While most art dealers don business suits for the occasion, von Ammon brought a punk aesthetic. Under a sport jacket, he wore a T-shirt with a Raymond Pettibon design for the single “Six Pack” by punk band Black Flag.

Gagosian Gallery (in 11 cities worldwide) was offering a giant Jeff Koons black marble sculptural planter based on a girlie ashtray of his grandfather’s. During Koons’s recent Whitney Museum retrospective, the work was on view in the lower-level sculpture garden. It took an entire day to install at the fair, said a staffer.

Some visitors know that you can also find good bargains in Miami. “I’ve made such great finds here over the years,” New York dealer Leila Heller told A.i.A. “I remember buying Kara Walker works here when they only cost about $750 or $850, back at the first Art Basel in Miami Beach, in 2002.”

Plenty of items are on offer for modest prices even now. Polly Apfelbaum started making ceramic works after a residency at the Rome Academy, explained a director at Vienna’s Galerie Nächst St. Stephan Rosemarie Schwarzwälder; a row of plate-like works, less than a foot high, were priced at $4,500 each. Most of the 17 works the gallery brought were already sold a couple of hours into the preview.

Competition for coveted artworks at Basel fairs is so tight that New York consultant Philippe Ségalot reportedly once snuck in early with an exhibitor badge to secure an artwork for one of his clients. (Among them is French megacollector François Pinault.)

“This sold at about 11:01,” London dealer Sadie Coles told A.i.A., indicating a large piece by Urs Fischer that makes her booth one of the most striking at the fair. A giant storm of green plaster raindrops, each a few inches long, hung from the ceiling, dominating the entire stand. Also on view were a number of Fischer statues in bronze. Each work was fragmented, having been cast from a clay sculpture that the artist exhibited at the gallery and cast only after the clay had dried and partly fallen apart.

In attendance were top curators like the Whitney Museum’s Scott Rothkopf; museum directors including the Stedelijk’s Beatrix Ruf, the Studio Museum in Harlem’s Thelma Golden and the Museum of Contemporary Art Los Angeles’s Philippe Vergne. Then, of course, there were the celebrities. Owen Wilson turned up at Gavin Brown’s enterprise (New York), and a gallery staffer told A.i.A. Tobey Maguire was seen shopping; A.i.A. spotted designer Tommy Hilfiger, the Beastie Boys’s Mike D, and plastic surgeon to the stars Fredric Brandt strolling the aisles. Major collectors like Steven Cohen were there too, as well as his advisor, Sandy Heller.

Miami is where neon goes to die, they say; this year, it was also the place it went to get roped off. No doubt to the great displeasure of the dealers, all works that include neon were deemed a shock hazard by the city fire marshal, who did a sweep the night before the preview. A handful of large sculptures by Jason Rhoades at the booth of David Zwirner (New York and London) booth were behind ropes; a Bruce Nauman neon of two figures poking each other in the eye was similarly protected at Hauser & Wirth. A giant rotating neon sign by Martin Creed spelling out the word “people” at Gavin Brown was exempted as it stands on a pole about seven feet high.

Also at Zwirner was a giant Chris Ofili painting from 2000, adorned with several balls of elephant dung, a trademark for the artist. Dating from his heyday as part of the Young British Artists, and created only a year after the notorious “Sensation” show at the Brooklyn Museum, where a painting of the Virgin Mary, also including elephant dung, inspired a morality crusade by Mayor Rudolph Giuliani, the work is tagged at $2 million. The artist is currently the subject of a retrospective at New York’s New Museum.

In New York dealer Mary Boone’s booth, a large painting by Eric Fischl provided a “meta” moment. His latest project is a series of canvases depicting art fairs. In this one, David Zwirner gallery director Christopher D’Amelio is talking to a client as she holds a cell phone to her ear; behind them is a large Doug Aitken sculpture spelling out the word “EXIT.”

Ironically, that very sculpture was on sale nearby at the booth of Regen Projects of Los Angeles. It’s priced at $400,000.