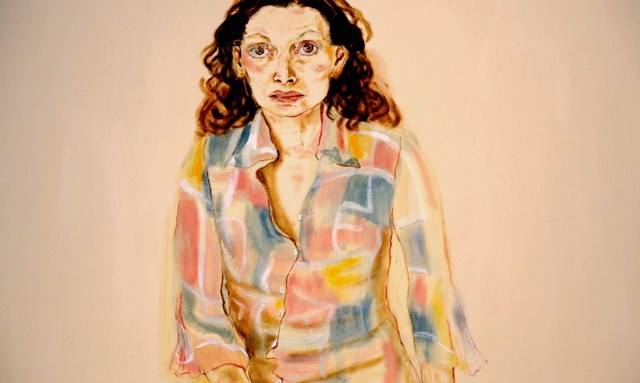 Fashion designer Diane von Furstenberg, muse to artists including Chuck Close and Mario Testino, is pursuing the imagination of Chinese customers with the same verve she brought to the American scene in the 1970’s. She is attempting to launch her label and image into the Chinese consumer consciousness with an art inflected retrospective, “Journey of a Dress,” running through May 14 at The Pace Gallery’s Beijing venue.

Pace founder Arne Glimcher said that von Furstenberg’s involvement demonstrates a timely Western assessment of new opportunities.”Art is about being open to the new, or you’re lost,” said Glimcher. “China is the new.”

The bulk of the show is 60 vintage and contemporary dresses from von Furstenberg’s personal archive, organized by decade. This begins with the 1973 “Wrap dress,” which epitomized an era of changing social codes and wide-scale introduction of women to the workforce.

Chinese contemporary artists were then asked to take the designer as the subject of a new artwork, and the results evidence either von Furstenberg’s international aura, or the artists’ lofty approach to portraiture. The four prominent Chinese artists are: photographer Hai Bo, conceptual artist Zhang Huan, painter Li Songsong, and multimedia artist Yi Zhou.

Yi Zhou’s animated portraits were, inspired, somewhat ominously, by what the artist described to A.i.A. as “Diane von Furstenberg who is like a religion, a Madonna.” Yi renders von Furstenberg in a 3-D video, in which Michelle Obama, Wonder Woman, Marlene Dietrich, Elizabeth Taylor, Mother Teresa emerge from her mouth.

Zhang Huan depicts the Chinese and American flags using ashes collected from historic Buddhist temples in the metropolis of Shanghai, an attempt to showcase fading traditions, and China’s new position on the world stage.  The flags were presented as a triptych with von Furstenberg in the middle, depicted as a martyr, a strange image for a fashion maven with global aspirations.