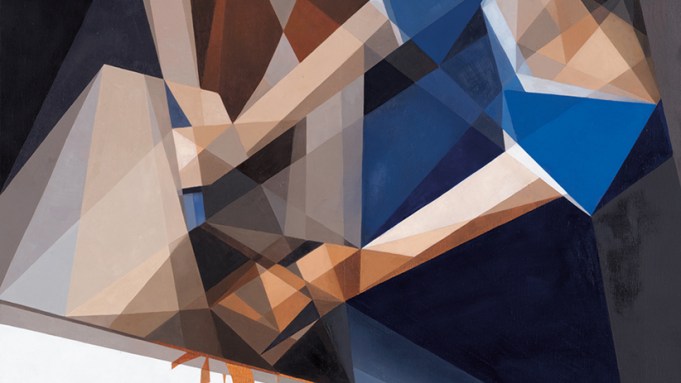 In the first scene of Ben Lerner’s debut novel, Leaving the Atocha Station (2011), Adam Gordon, an American poet living in Madrid, carries out his morning routine: he drinks coffee, smokes a bit of hash, and then walks to the Prado and positions himself in front of Rogier Van der Weyden’s Descent from the Cross (1438). But on this day, someone has beaten him to the spot. An old man stands before the painting in tears, having—to the poet’s emerging horror—what may well be a “profound experience of art.” It is an experience Gordon fears he may never share; despite all his visits, this renowned depiction of sheer agony leaves him essentially unmoved.

This scene of primal doubt is emblematic of Lerner’s larger literary project. Over the past decade or so, the American writer has amassed a slim but influential body of writing—poetry, fiction, nonfiction—in which he returns, variously with irony, neurotic obsession, and a kind of secular religiosity, to the question of whether art retains, or can retain, any relevance in the modern world. In his latest book, The Polish Rider (MACK, 2018), he takes up this theme through art criticism.

The book is a collaboration between Lerner and Polish painter Anna Ostoya. It grew out of a story of the same title that Lerner published in the New Yorker in June 2016, in which an unnamed male writer helps a Polish painter named Sonia search for two paintings she left in an Uber on the night before her latest exhibition. Sonia, like Ostoya, grew up in Kraków. And, as one might expect, Lerner’s fiction has its roots in biography.

Lerner first came across Ostoya when he saw her two-part painting series, “The Kiss” at Bortolami Gallery in New York in 2013. Though based on a well-known photograph of art historian Benjamin Buchloh locking lips with Conceptual artist Lawrence Weiner, the works defy any urge towards irony or topical cleverness. On the contrary, Ostoya’s representational strategies imbue the image with gravitas. In one version, the two men’s heads are made up of coalescing prismatic shards; in the other they consist of sinuous whorls. In the former, the figures’ faces—their eyes pressed shut with an endearing sincerity—are outlined by a celestial light straight from an Annunciation scene.

This tension between overdetermined, even tired subject matter and an earnest, demanding style is characteristic of Ostoya’s work. In an artist’s statement titled “Disclosures,” included in the catalogue for her 2014 show at the La Kunsthalle Mulhouse in France, Ostoya wrote of her desire to “rearrange familiar elements” from art history in order to think through the formal and conceptual conundrums of the present age. In a sense, her project is the reverse of Lerner’s. While he obsesses over the death of artistic traditions, she sets out to revive them. And this is perhaps what attracts the writer to the painter. She “refuses . . . the fantasy that we’re post-historical, post-everything,” he writes in an essay included in the aforementioned catalog. “Her art propounds a rigorous dialectic between material construction and conceptual intervention that cuts through art-world cynicism and has cut through my own cynicism about the art world.”

The Polish Rider can be understood as an extended meditation on doubts about—and faith in—art. The book is structured as a sort of call and response. Lerner’s original story is presented unchanged, bracketed by paintings executed by Ostoya: there is a series that inspired the fiction, and a stand-alone work inspired by it. Also included are a few recent collages by the artist and a narrative afterword by the writer.

Ostoya’s series—the one that prompted Lerner’s story—is based on Italian baroque painter Artemisia Gentileschi’s Judith Slaying Holofernes (1614–20), which portrays a beautiful and cunning Jewish widow beheading an Assyrian general whose army has besieged her hometown. In her sequence, a fleet of jagged polygons assemble themselves to depict the biblical scene. While Lerner retained this stylistic detail for his fiction, he changed the subject matter: Sonia’s lost paintings, which are also built up out of polygons, depict the notorious “socialist fraternal kiss” between Erich Honecker and Leonid Brezhnev, leaders of the German Democratic Republic and the USSR. In an inspired move—life imitating fiction—Ostoya then painted the fictional works attributed to Sonia; in the present book, we get to see Brezhnev and Honecker locked in their embrace, the strange caress of their circular blue heads cleaved by triangles, trapezoids, and diamonds.

Near the end of his new story, Lerner admits that Ostoya’s response “involves a reversal of the standard ekphrastic temporality; here the visual comes after the verbal without being merely illustrative.” Yet, instead of probing this development, he offers an account of his own attraction to ekphrasis. As a result, his text is less an engagement with the visual art in question than an instrumentalization of it for the sake of the author’s self-reflection.

Lerner has taken various approaches to the issue of artistic doubt in his books. In Atocha Station, as mentioned, his narrator obsesses over his inability to connect with paintings (though, it should be noted, he spends more time dwelling on his own hang-ups than he does on actual artworks). In his second novel, 10:04 (2014), the doubt takes the form of a literary crisis brought on by financial success. And, in the book-length essay, The Hatred of Poetry (2016), it is expressed as a sort of self-defeating idealism: here, he claims that no poem can ever live up to the ambitions that fueled its conception, making the genre itself a failure.

In The Polish Rider, doubt manifests as an obsession with ekphrasis. Like countless writers before him, Lerner seems jealous of the tangible immediacy of visual art, something his narrator readily admits to in his story. “I’d always been jealous of painters and sculptors and other visual artists,” he reflects. “Jealous because of my unsophisticated but unshakable sense that a work of visual art is more real, more actual than writing.” Yet, he comes to change his mind: “But maybe the comparative unreality of writing is precisely its advantage, how it can be abstracted from any particular material locus.” In the new text, which unfolds in the third person, he takes this idea further.

Lerner recounts learning that Ostoya has lost her paintings. What he feels is not sadness but in fact a rush of excitement. Indeed, for Lerner, the loss represents an opportunity: he can now fill the paintings’ material absences with his own ideas. He reflects that he “had started to think of fiction as a curatorial form, a medium in which you can stage encounters with other media, real and imagined.” Later, and more tiresomely: “One of the things that had always fascinated him about ekphrastic writing was how a writer could make up the object she describes.” This goes on for pages.

Such critical self-reflexivity—one could call it self-obsession—should be seen as a complement to Lerner’s idealist paranoia about art-making. If he previously argued that the conception of a poem is always superior to the product, here he uses criticism as a way to conceal, then displace the artwork. This puts him at odds with Ostoya, who has taken a similar concern about the belatedness of ambitious art and answered with affirmative conviction, championing outmodedness in a quietly radical way. In a 2016 interview published on the Phaidon website, she said that Lerner “would love me to destroy a work for a book project we are planning . . . He likes the idea of a painting to exist only as a reproduction.” But she couldn’t take him up on his offer. “Rather than destroying something,” she said, “I believe in continuing to work on it.”