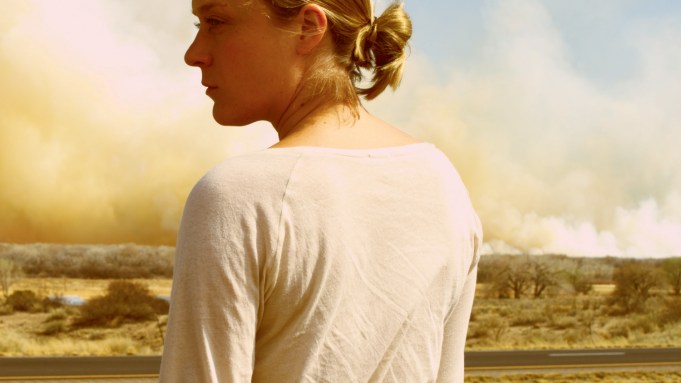 LET’S PRETEND WE’RE IN A MOVIE. You, our protagonist, are invited to a small Greek island, one of the thousands of rocky spots that make up a mythical-feeling Mediterranean landscape. (Insert montage of crashing waves and pretty girls preening on the prows of white yachts here.) Even the destination’s name sounds vaguely mythological: Hydra. Located in the Aegean Sea between the Saronic Gulf and the Argolic Gulf, and accessible only by ferry (unless you’ve your own boat, of course), Hydra is difficult to casually visit. No cars or motorcycles are allowed there, a common enough reality on those islets that only adds to their charm. You’ve been invited as a guest of a billionaire industrialist who is mad about art. His two yachts bear the marks of some of the world’s most famous artists: Yacht #1 is named Protect Me From What I Want, after the famous “Truism” by Jenny Holzer (this scenario, very haute-capitalist, is like a tycoon hiring Karl Marx to do stand-up at his birthday party), and Yacht #2 was designed by the favored artist of billionaires everywhere, Jeff Koons, and has been christened, with what one hopes is self-conscious humor, Guilty.

You’ve been invited along with hundreds of the billionaire’s close, personal friends (and perhaps a few well-placed members of the press) to dine alfresco and see his newest commission for his summer retreat/gallery, the Slaughterhouse.

Inside the Slaughterhouse is a complex installation of freestanding black mirrors that reflect five videos, shown on monitors recessed in the glass panels. You recognize an American actress in the video sequences, a star who appears caught in a neverland of long corridors and hotel rooms, abandoned airfields and airplane terminals run through with a ghostly bustle of travel. The settings include Nicaragua, Mexico City, Compton and Cancún, but the people on-screen all seem to exist somewhere liminal, at once nowhere and everywhere. The monotony feels freighted.

Leaving the gallery, champagne glass in hand, you walk down toward the sea, where coliseum-style rows of seats face a barge floating on the water. The barge has been rigged as a stage with a hotel-room set, surrounded by walls onto which, as a performance begins, some of the videos you saw inside the Slaughterhouse are projected. The actress appears onstage, as do gospel singers, who carry out vocal drones rather than singing. The hotel room comes apart around them, disintegrating until there is only a bed and a telephone and, at the corners, four poles. A few people in the audience stand up, go down to the stage and start pole dancing.

This Dionysian moment is the point in the movie where we might discover that the billionaire is part of an underground plot to smuggle nuclear weapons in works of art or that he’s an agent of some shadowy criminal enterprise like spectre or smersh or Quantum from James Bond films. The invited guests, the cream of the global elite (or members of some even creamier echelon), will be held hostage, their lives ransomed to help fund an international terror network, the performance perhaps being some kind of special mind-control experiment.

Despite its exotic elements, however, this isn’t actually the plot of a spy thriller. It’s just another event for members of a world marginally less shadowy than that surrounding espionage—the world of international high art. The billionaire and collector Dakis Joannou is the mastermind here, and his “number 2” for the adventure is the commissioned artist Doug Aitken, who has created the installation and performance, which will debut this summer, under the Bond-like title Black Mirror. Aitken has spent his likely not insubstantial budget for the project by going from location to location, continent to continent, with his film crew shooting the famous American actress, Aitken’s friend and a star-crush for a certain swath of my generation, Chloë Sevigny.

Aitken’s work presents modernity as a state of perpetual movement. In his proposal for the project, he notes: “Black Mirror creates a personal and emotionally vulnerable window into a faceless, weightless world where physical and geographic borders are openly passed.” This, too, has a Bond-like quality to it, as those films were so appealing when they first appeared partly because they flattered their audience with images of a distinctly international lifestyle. The movies were good thrillers, but they were also an assertion of British authority. After a Pyrrhic victory in World War II and the long crumbling of its empire, Britain needed some sign that although it was a small island, a diminished dominion, it still had power, based on wit and ingenuity, an ability to still pull the global strings. Aitken asserts that his work explores a contemporary world in which everyone is always on the move, fundamentally rootless. But, one might ask, is such fluidity really had by all?

DOUG AITKEN IS A master of cinematic atmospheres. In his video works, most of which are essentially plotless, he creates environments that have a sort of moody, romantic, nostalgic, strange ambience. His cinematography is crackerjack, lovingly done in a way that always feels pretty impressive to me. Aitken relies heavily on sequences that resemble lingering set shots, the kind that Europeans of another generation would hold for uncomfortably long stretches of time, providing no dialogue, only the sounds of the place—the distant wind, the thrum of a motor or some chatter of traffic—shots so long you can almost hear the actors clearing their throats as they wait in real time for their scene to proceed. Such shots might not move a story forward, but they can be awesome for their saturation and angling, their powerful, almost narcotic quality, and Aitken is particularly expert at fashioning them.

The importance of atmosphere to Aitken is evident in his Los Angeles studio. Situated in a residential neighborhood in Venice, it has this truly mythical (even for me, a native of these parts) Southern California feel to it. It is the sort of place that embodies the American dream, a place that immigrants to this country might imagine one day owning: a modernist box of natural woods and glass, books stacked neatly on pieces of furniture that likely have notable designers’ names attached to them. Surrounded by green plants and not far from the beach, the house is fully penetrated by clean sunlight, the place glowing with ease and prosperity, a dream of what can be.

Just as Aitken’s studio feels like a set piece, so do the environments he fabricates for his performance-events. Whether he’s choreographing a gala for the Museum of Contemporary Art in Los Angeles, as he did in 2010, or doing a public project on the Tiber in Rome (Frontier, 2009), he carefully builds up spaces that feature distinctive combinations of elements and characters. Both the Los Angeles and Rome events saw cowboyish figures snapping whips in the air, auctioneers sputtering the rapid-fire patter of commerce, and black gospel singers. The L.A. gala piece mixed these components into a fancy dress party, at which guests were given copies of Aitken’s artist’s book The Idea of the West. It’s hard not to jump to some dark conclusions about what exactly is going on. Is Aitken slipping in an implicit criticism?

Aitken often borrows Allan Kaprow’s term “Happening” for such performances, and in conversation he handily invokes Fluxus as a precedent. “Happening” here seems more like a ’60s catchall, however, than a direct line to Kaprow, as Aitken’s events tend toward a theatricality that Kaprow actively eschewed. But in Aitken’s choreographed events, there certainly is a lot literally happening, all of it blending together to create less a Happening than something befitting the more old-fashioned term “phantasmagoria,” which the Oxford American defines as “a sequence of real or imaginary images like that seen in a dream.”

Black Mirror itself has all the qualities of a waking dream, down to its actress. But the purpose of Black Mirror, stated by Aitken again and again in proposals and conversations, is to portray the way in which political and geographic boundaries have become so porous that we often get caught in the place of no-place, these in-between areas of transit.

When I met with Aitken at his studio, I asked him about this bit of theoretical posturing. Excuse the soapboxing here, but I’ve heard too many nightmares about borders: people deported, stuck at borders, unable to leave countries; human beings smuggled out and dying in transit, or almost dying and still getting caught and sent back, having left their homelands because the places are wretched, poor and corrupt and they’d rather risk their lives (and sometimes prostitute their bodies) than hang around and continue to needlessly suffer. Then there is the matter of immigrants’ entering into a new society at the very bottom of its economic system, not to mention the nativist hostility toward them. Aitken’s idea of international permeability feels at first altogether naive.

His response to my misgivings was to evade with an anecdote that contained a lot of the same romance for which I think people really like his work. He told me about the swipe of a government-backed credit card. Films of international intrigue provide the exhilaration of escape and adventure, allowing us to pretend for a moment that we too live dangerously and have well-cut suits and late-model luxury cars, instead of, say, dull jobs and hungry kids and bills to pay. To fly beyond the glamour to a point at which international travel finally becomes a kind of monotony, as it is depicted in Black Mirror, is actually the lot of very few working people, perhaps salesmen and pilots. Much of the melancholy of a peripatetic life is not had by the masses, but by the bored rich. In Black Mirror, there’s no international conspiracy revealed—that is, unless one counts the normal comings and goings of capital in the international art trade as a conspiracy, outcroppings of a kind of empire. And “Empire” is in fact the title of the trilogy that Black Mirror completes.

Are you among the friends and colleagues Dakis invited to Hydra?

PERHAPS BLACK MIRROR is a (very) subtle critique of the romance of travel—of the false notion that the modern world is a place defined by fluidity—the ennui of the scenes serving as another trap. Perhaps the continuous movement of a Hollywood actress is a front for an examination of the real limits of political economies and their restrictive borders. The image on the screen is actually much farther away than it may appear.

When you place two mirrors across from each other, they produce the optical effect of infinite regress, their reflections repeating endlessly. If you create an enclosed realm using four mirrors as walls (as Aitken more or less will do in the Black Mirror installation), to stand in the center is to feel as though you’re in the center of a boundless realm, your reflection coming back at you as if you yourself were just as infinite. But when you reach out to access this seemingly unlimited space, you find it is only an illusion; the borders are as hard as the glass itself. Try to break through to the infinite space and you’ll destroy the illusion, sending the mirror shattering down. Try to break through the glass and you might just get cut, or worse, you might find yourself stuck exactly where you are.