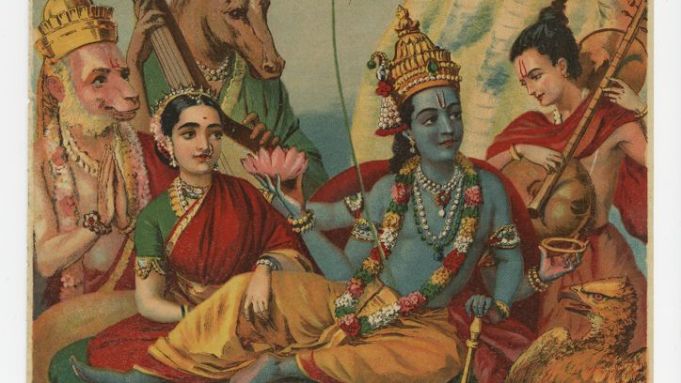 The market for contemporary prints has tanked in the past couple years, but print dealers and workshops have never expected much by way of glamour and glitz. Theirs remains the friendliest and most optimistic sector of the art world. Proof lies in the 14th installment of Editions/Artists Book Fair (E/AB 11), open this weekend on the second and third floors of the ex-Dia space on 22nd Street in Chelsea (Friday and Saturday 11–7; Sunday 11–4).

With more than five-dozen exhibitors from around the world, free admission and some amazing bargains, E/AB can eat up hours of a print lover’s time. This is commerce conducted largely outside the gallery system and therefore it’s difficult to track down even works by major artists. Along these lines, straight out of the gate, the benefit print this year is a glowing little abstraction of strands of multicolored lozenges in screenprint and inkjet, by Fred Tomaselli. Price: $300.

The presence of nonprofits with benefit portfolios and editions (Brooklyn Academy of Music, Exit Art and Philadelphia’s Print Center, to name a few), and offbeat artists’ books booths offer very cool, inexpensive finds. But the range is huge, and those with deeper pockets will also find costly, blue-chip rarities. Need to rest? Check out the green-shag-carpet beanbag chairs and outsize furnishings by sculptor Barbara Gallucci, installed in the fair’s lounge areas. (She borrowed from Utopiary Terrace,” her installation last spring at the DeCordova Museum and Sculpture Park in Lincoln, Mass.)

The following are some highlights:

Peter Saul at Carl Solway (Cincinnati)
On view is a stupendous array of large, colorful, raucous prints by Peter Saul, a solo survey, from 1966 to 2011. Bummed about politics? See a drooling Ronald Reagan with a saw through his head in a deliciously perfect lithograph from 1985, when Saul was working at Landfall Press in Chicago. You will gasp at the sheer audacity of the man, exclaiming “OH NO HE DI-UHNT” at a naked Angela Davis impaled on the pinnacle of a skyscraper labeled “Department of Justice.” Especially delirious is a colorful series of crazy cowboys, oh-so-welcome at a time when Bush doppelgänger Rick Perry has come to call.

Om from India (New York)
Every year I park myself at Mark Baron and Elise Boisanté’s booth where I smell the roses (metaphorically and literally: they always have the best vase of flowers at any booth, anywhere). They install sparingly, selecting from their own publications (e.g., a hypnotic 2009 etching of a cat by Brian Belott), secondary market gems (this year prints by Baselitz and Bourgeois) and, the point of this pick, Indian devotional lithographs from the late 19th through mid-20th century. Baron and Boisanté are the world’s premier collectors of this material. Under the name Om from India, they sell some of it, in unmatched fine condition, at unmatchable prices (as little as $350 per print!). See Lakshmi, goddess of prosperity, rising from a lotus; Krishna’s foster mom Yasoda milking an enlightened cow; a close-up of bejeweled Krishna’s baby-face playing a teensy flute; and Vishnu dreaming the world.

Bruce Conner at I.C. Editions
Move over, Lautréamont. Susan Inglett, who with Brooke Alexander founded E/AB but now runs it on her own, has installed at her booth a solo by the late Bruce Conner, including the entire 24 etchings and two unique wood-engraving collages that comprise The Dennis Hopper One Man Show, Volumes I–III (1970–73). Conner excelled at the oneiric, in black and white.

Daniel Heyman at Cade Tompkins (Providence)
Daniel Heyman has outdone himself with a giant (145 by 167-1/2-inch), 65-part etching, a cri de coeur against the Iraqi war. Among the many players are ziggurats and ancient sculptures, dismembered casualties and combatants’ boots. Heyman’s inspiration was twofold: the giant multipart Renaissance prints of “Grand Scale,” a landmark exhibition organized by the Davis Museum at Wellesley College in 2009; and his own work recording first-person narratives, and making printed portraits, of Iraqis caught up in Abu Ghraib and other violent events. The title of his magnum opus, When Photographers Are Blinded, Eagles’ Wings Are Clipped (2010), is a reference to a quote by a photojournalist covering the scene-represented by the image of a man shooting pictures while blindfolded. For centuries, prints have been central to the art of protest, and Heyman has harnessed that legacy most impressively.

Karl Wirsum, Anchor Graphics (Chicago)
This veteran nonprofit workshop associated with Columbia College in Chicago has been publishing terrific prints for years, under the radar. Among their offerings is a 2011 lithograph by Karl Wirsum, the Chicago Imagist, who is long overdue for some significant art world attention. Above a wavy-edged female figure is a row of bizarre hands making graceful gestures. The overall delicacy, enhanced by a pale grayish-brown tonality, remakes Wirsum’s grotesquerie as paradox.

Booklyn Artist Alliance (Brooklyn)
Wow. It’s hard to single out one object from the singular wares this Brooklyn-based nonprofit publisher and distributor of livres d’artistes has brought to the fair. Mark Taylor’s Box Set, a six-print portfolio that, despite its publication date of 2011, is already sold out? (It was produced in a tiny edition of just four; Booklyn has artist’s proofs of five of the six prints.) Scanned, worn record jackets are stripped of their original texts and pictures and refitted with titles, images and liner notes composed by the artist over many years, resulting in a super hip fantasy. How about Aaron Sinift’s Five Year Plan (2010), a unique “green” book printed and hand-sewn on hand-loomed Indian kodhi cloth, with contributions from a raft of 30 artists, from the well-known (Donald Baechler, Francesco Clemente, Yoko Ono) to the anonymous? Or an anonymous teenage girl’s diary, elaborately “illuminated” by Sally Agee, an outsider artist whom Booklyn founder Marshall Weber has been encouraging to complete hundreds of unfinished projects? Booklyn just sold its 20-year archive to the Library of Congress, and it’s easy to understand what piqued that institution’s laudable interest.

Rochelle Feinstein at LeRoy Neiman Center for Print Studies, Columbia University (New York)
Feinstein’s critically acclaimed show this year at the Lower East Side gallery On Stellar Rays has an afterlife in a brilliant portfolio of 12 prints, hot off the press. Prints from the Estate of Rochelle F. (2011) is a spin-off consisting of notes and sketches for a yearlong project in which she made art only of materials she already had kicking around in her studio. Feinstein captures, often hilariously, the strands and strains of culture that drift in and out of an artist’s consciousness over time-but also touches on the posthumous fate of overlooked oeuvres, tapping into a certain anxiety. The prints are in silkscreen and chine collé, along with hand additions in paint, gold and silver leaf, and other materials. With all its scrawled measurements and texts, it looks a bit like early Conceptualism, but it registers as something more profound: a meditation on mortality and creation.

Roman Opalka, at Bernard Chauveau Editeur (Suresnes, France)
Speaking of mortality: the Polish-born conceptualist, master counter, died this summer at age 79. In 2009, he completed a portfolio 45 years in the making: a series of duotone full-face self-portraits, each shot in exactly the same way, at the same distance, in which we see him age into increasing whiteness. Each portrait in Roman Opalka/1965/1 – ∞  is presented as a folded sheet, with the photo on one side and its number on the other, encapsulating his life’s project eloquently.