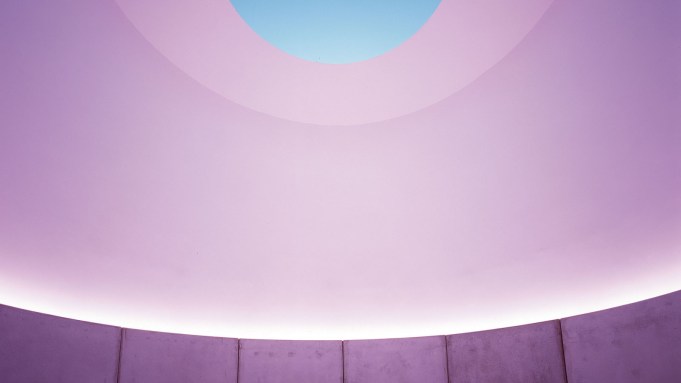 When it was announced last week that the first International Light Art Award (ILAA), with a $13,400 purse, was slated to be granted in 2015, the release escaped the notice of most American art news outlets. The grantor is the Centre for International Light Art Unna (CILAU), an obscure German institution unknown to the American art world and even to sectors of the German one. This small museum in the Ruhr region, that country’s equivalent to the U.S. rust belt, has a notable collection, including works by Olafur Eliasson, Joseph Kosuth and James Turrell, and an intriguing backstory.

The museum’s collection comprises, as its Dutch-born director John Jaspers told A.i.A. via e-mail, “what I always call the Rembrandts and van Goghs of light art. We invited people like Rebecca Horn, Mario Merz and Keith Sonnier to pick out one room and to make site-specific light art installations.” Situated in the former Linden brewery, a building erected in 1849, the museum resides mostly in the storage cellars-some 33 feet below ground.

Though its works number only 11, and the museum occupies just 8,200 square feet, the collection boasts monumental installations. Turrell, the medium’s best-known practitioner, created two of the pieces-Floater 99 (2001), a “shallow-space construction” with radiating aperture, and Third Breath (2009), a freestanding bunker with a Skyspace  and two perception cell rooms. In a long hallway, Eliasson has installed The Reflective Corridor (2002), a 33-foot-high light waterfall, while Christian Boltanski augments the creepy setting with Totentanz (Dance of Death), from the series “Théâtre d’Ombres” (Shadow Theater), in which projected images of witches, ghosts and skeletons haunt the brewery walls. Merz offers the towering Fibonacci Sequence (2005), a procession of fluorescent numerals, on the building’s chimney, and Sonnier has conjoined an antechamber and a vault in Tunnel of Tears (2002), whose neon tubes change color in response to fluctuations in temperature. Twelve artists are represented in the collection, which also includes Chirstina Kubish and Mischa Kubell. Currently on view is “L ich T (L I GHT),” a show by Dutch artist Jan van Munster (through Oct. 12).

Though the museum is relatively little known, its visitorship is growing. “Last year we achieved record attendance, with some 25,000 visitors,” said Jaspers. “To some this may not seem a lot, but here you have to take into account that, by law, the museum can be visited only with guided tours.” The regulation is intended to facilitate emergency evacuation.

Jaspers, who has helmed the institution since 2012, understands the challenge of running a museum devoted to the immaterial, having been the director of the Light Art Museum in Eindhoven, the Netherlands, from 2008 to 2012 (when it closed due to lack of funding). He also curated that city’s Glow International Light Festival during his last two years there. But, like other art venues worldwide that take up residence in former industrial facilities, CILAU hopes to help reinvigorate an economically struggling region.

Known as the coal center of Germany, the region was once host to some 300 mines, but was in near-ruin by the second half of the 20th century, with only a handful in operation. While gloom presides over the region, with many cities imposing financial austerity measures, it also has become a testing ground for one of the world’s most successful social and economic overhauls, which began in 1989 as a decade-long push by urban planner Karl Ganser. Encompassing 80 Ruhr cities, his renewal project created jobs, renovated and built housing units and city gardens, and rehabilitated industrial ruins for cultural purposes.

That last phase of this initiative gave rise to the light museum. In 1999, Ganser and local curator Uwe Rüth joined forces to develop the institution, which opened in 2001 as an integral part of Ganser’s RuhrArtMuseums, a conglomerate of 20 institutions, some old, some new.

Jaspers plans to continue to expand the museum’s holdings. Though all works in the collection are site-specific commissions, once all the rooms are filled, the museum will continue to collect, with an emphasis on preservation. “First on my wish list is a work by German artist Otto Piene, who had accepted our invitation to chair our jury for ILAA,” Jaspers said. Unfortunately Piene died suddenly two weeks ago in Berlin after the opening of his show “More Sky” at that city’s Neue Nationalgalerie and the Kunsthalle Deutsche Bank.

One strategy to attract attention to this small museum, which has a total full-time staff of five, is to sponsor the first-ever ILAA, which coincides with UNESCO’s “International Year of Light.” The list of 29 artists or artist duos (nominated by a global committee of artists, curators and museum directors) for the inaugural award range from the fledging to the flourishing, including Ivan Navarro, Li Hui and Jeongmoon Choi as well as Annika Hippler, Tim Otto Roth and Aaajiao.

“We want to give an opportunity to emerging artists working with light, and the museum wants to play a role in shaping the direction in which light art might develop,” Jaspers explained. “You could consider this as a kind of commissioning, in that we support young artists in realizing their ideas and hopefully their breakthrough. We hope that the museum will evoke a discussion about what exactly light art is.”