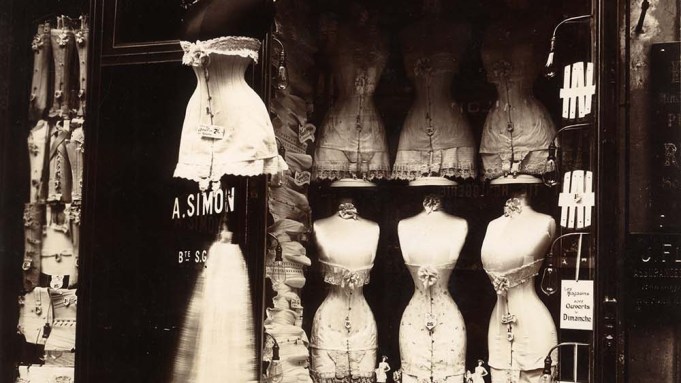 The Barnes Foundations’ spacious new building, designed by architecture firm Tod Williams Billie Tsien, accommodates temporary exhibitions. The current display of more than 170 vintage photographs by 22 influential photographers, “Live and Life Will Give You Pictures: Masterworks of French Photography, 1890–1950,” on view through January 9, 2017, is not only a survey replete with famous images but also an adjunct that amplifies the permanent collection. It serves as a kind of coda after modernism’s flowering in the early decades of the twentieth century.

Barnes Foundation executive director Thom Collins curated the exhibition to show, he said in an interview, “what Dr. Barnes didn’t collect but might have.” For all his eclecticism, in the years from 1912 until his death in 1951, when Barnes formed his collection, he focused on acquiring paintings rather than the upstart art form of photography. The period covered in the exhibition, Collins said, is Barnes’s “sweet spot, from the turn of the century to the war.” The photographs illustrate the same themes that the Foundation’s Impressionist, Post-Impressionist, and early Modernist holdings represent, while adding social and historical context to illuminate them.

The show derives its title from a remark by one of the featured photographers, Henri Cartier-Bresson (1908–2004). His work, along with that of leading artists like Eugène Atget, Brassaï, André Kertész, and Man Ray, shows the transformation of Paris and reinvention of photography. Both the permanent collection paintings and visiting photographs reveal a pivotal moment, after Baron Haussmann’s remodeling, when the newly electrified City of Light charged into the modern era. The installation is organized around themes like leisure, labor, and reportage, and is overflowing with scenes of Parisian street life, café culture, and theater performances.

The synergy between the Barnes masterpieces and the photographs yields fresh insights through converging and diverging approaches to how painters and photographers expressed city life. Wall texts display reproductions of some paintings that most closely approximate the photographs’ style and content, but the different approaches are equally apparent. After seeing Brassaï’s frank, black-and-white portrayals of no-nonsense nude prostitutes, it’s hard to view the rosy, pneumatically fleshy nudes of Renoir’s late period as anything other than mindless, locker-room fantasies. Yet Brassaï’s Madame Bijou in the Bar de la Lune, Montmartre (ca. 1932)—her neck, fingers, and wrists adorned with ornamental jewelry—echoes the decorative patterning of Matisse’s 1907 portrait of his wife, The Red Madras Headdress.

The similarities between Impressionist paintings and the evolving medium of photography are striking. In both, artists sought to capture a fleeting moment and ephemeral effects of light and atmosphere. The Impressionists represent evanescent glints of light and shadow, as in Monet’s 1876 The Boat Studio, just as Atget’s Water lilies, Versailles (ca. 1910) and The Marne River, La Varenne (1926) freeze the flux of nature.

One difference is that painters jettisoned the polished, academic style earlier, beginning in the 1860s and ’70s when they took to painting outdoors en plein air. Because tripod-mounted view cameras with fragile glass plates were still clunky and required a long exposure, photography was more documentary than inventive until the handheld Kodak camera was marketed in 1888.

It wasn’t until after 1926, when the lightweight 35mm Leica (with roll film and a range of lenses) became available, that the potential to capture what Cartier-Bresson termed the “decisive moment” was fully realized. One of the most spectacular instances is his Behind the Gare Saint-Lazare, Paris (1932) with its image of a man leaping over a puddle, his grace echoed in a poster in the background showing a ballerina mid-jeté.

Photographers and painters agreed in terms of subject. No more were they obliged to represent biblical, historical, or mythological scenes. Modern life was their focus. Photographers portrayed dance halls, bars, and brothels without rose-colored glasses, more like Toulouse-Lautrec and Degas’s unsentimental views of the demimonde than Renoir and Monet’s sunny, Arcadian scenes.

Atget straddled two worlds. In an interview, Michael Mattis, who with his wife Judy Hochberg has assembled this collection of photographs, called him “the last, great nineteenth-century photographer and first, great twentieth-century photographer.” Atget made descriptive, moodily expressive images of Parisian streets, parks, and architecture from the 1890s to 1920s. Man Ray and his studio assistant Berenice Abbott discovered him just before his death in 1927 when he was living on a diet of bread, milk, and sugar. They hailed Atget as a proto-Surrealist, impressed by his images highlighting the relationship of forms and odd juxtapositions, as in a storefront vitrine populated by headless mannequins in corsets (Boulevard de Strasbourg, Paris, 1912).

It took almost eighty years after the 1839 invention of photography for the medium to shake off the shackles of representational realism. Not until the surrealist experiments of the 1920s and ’30s did photography catch up with avant-garde painting, long liberated by the camera of its role in documenting appearance. Barnes’s works by Picasso (including masklike heads as studies for his landmark 1907 Demoiselles d’Avignon as well as Cubist breakthroughs), Matisse (where he flattened forms and abandoned perspective to focus on forms and color), and Modigliani (with portraiture distinguished by elongated torsos) advanced the cause of Modernism. Radical photographers followed suit, adopting the fresh angles, oblique placement, use of objets trouvés, daring cropping, geometric abstraction, and play of reflections and shadows. Man Ray ushered in a new way of seeing when he innovated cameraless photograms like Rayograph with Swan and Starfish (ca. 1928), made by placing objects on photosensitive paper. His silvery solarized images lend a mysterious aura to silhouettes, partially reversing tones to highlight contours and shadows.

The revelation of the Mattis-Hochberg collection is the German photographer Ilse Bing (1899–1998). She came to Paris in 1930 and is known as the “Queen of the Leica” for her original use of the new camera. A jill-of-all-trades, she practiced reportage and fine-art photography as well as shooting fashion images for Harper’s Bazaar. Bing dallied with novel effects of lighting, vantage point, blur, solarization, near-abstraction, and dramatic cropping. Her 1931 Self-Portrait with Leica uses mirrors to combine frontal and profile views. Her shots of frenzied can-can dancers rustling their ruffled skirts recalls both Degas’s tutu-clad ballerinas and Matisse’s dynamic roundelay of dancers in The Joy of Life (1905–06).

Compared to other progressive masters, Bing is somewhat underrated, yet an upgrade looms. The Museum of Modern Art’s 2016 book on Modernism (Photography at MoMA: 1920–1960) features her self-portrait on the dustcover. The show of Elton John’s photo collection at the Tate Modern, on view through May 7, 2017, features her work prominently. With her groundbreaking 1930s photos hailed by a trifecta of major institutions, Bing seems poised to play a big role in a more inclusive history of the medium.

The Barnes Foundation’s permanent collection will always remain a dense assemblage of Dr. Barnes’s favorites, while the new galleries provide space to fill in the blanks. This first exhibition of photography supplements its renowned collection of French paintings, similarly offering a more inclusive history of that era’s artistic production. One can hope for more attention to such omissions in the future.

They Are Wearing: Frieze Frame