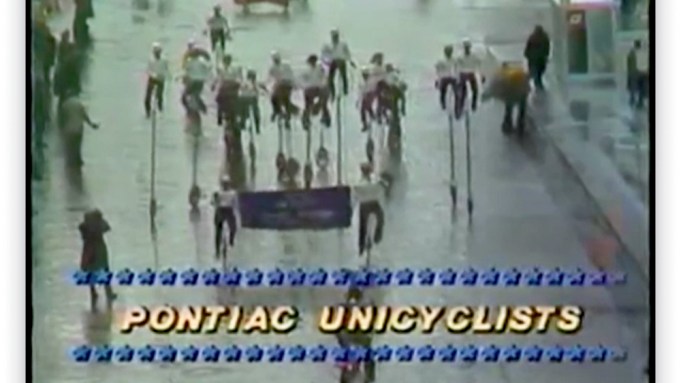 ON SEPTEMBER 12, 1970, PepsiCo president Donald Kendall made two urgent phone calls to the company’s former lawyer, President Richard Nixon. Kendall was alarmed about the results of the recent presidential elections in Chile, where Salvador Allende had become the first unabashed Marxist to be democratically elected in a Latin American country. Much was at stake for American corporations, which since the Kennedy administration had maintained a presence and fostered influence in Chile by investing in about 85 percent of the country’s industries. A few days later, with Kendall’s help, national security adviser Henry Kissinger met with Agustín Edwards, the owner of PepsiCo’s Chilean bottling operation and publisher of Chile’s leading newspaper, El Mercurio, which did everything it could to undermine the new president. 1

Media manipulation was part of the CIA’s plan to instigate a coup. While the junta led by General Augusto Pinochet decided on its own to rebel, it did so with the tacit approval of the United States. 2 The missiles used to bomb La Moneda, the presidential palace in Santiago, on September 11, 1973, were allegedly secured by the US Defense Intelligence Agency. 3

One of these drawings opens each of the five chapters of Pinochet Porn. The chapters are loosely connected over the film’s two-hour run time, and portray the characters falling in and out of love, doing drugs, partying, traveling, getting married, and otherwise living their lives. Fiction and history are liberally conflated by means of found footage interspersed throughout. The film was shot in fits and starts around New York City (with one sequence filmed in Cantor’s London flat), with the help of a close-knit group of collaborators, including Gangitano—who plays Pinochet’s (fictional) twin daughters, Paloma and Pipa—and a rotating cast of artists and art workers from the Lower East Side.

The one scene with actual sex in it is about Pinochet subjugating his maid. While it explores the dark, violent, and disruptive potential of sexual desire, its kitschy, tongue-in-cheek staging offers some hilarious comical reprieve. The scene begins in black-and-white, dubbed with the speech that Pinochet delivered on the day of the coup. Jim Fletcher, a professional actor who works mostly in experimental downtown theater, plays Pinochet in an official-looking military getup with shiny star-shaped medals. Cantor rented the costume, customizing it to resemble certain South American military uniforms (modeled in turn after those of Nazi officers). The role of the maid is played by Cantor in a kinky servant’s outfit, complete with a sheer thong that she lets slip to her knees.

The pairing of Cantor and Fletcher was something of an accident. Most of the artists involved were squeamish about having sex on camera. Cantor found Fletcher at the last minute. He was willing to do things “real or fake.” Cantor asked him to recruit a woman to play opposite him as the maid, but he couldn’t, so she did it herself.

DURING PINOCHET’S seventeen-year dictatorship, at least 2,279 leftists and other dissidents were killed, and about 28,000 were tortured. 4 This occurred with the blessing and funding of corporations—an acute grievance for Cantor. Pepsi figures prominently in Pinochet Porn, most notably in another powerful scene, in which a first-person voiceover recounts the experiences of Luz de las Nieves Ayress, who worked underground to resist Pinochet while a graduate student in Santiago. She was arrested and tortured repeatedly over the course of four years, first at the National Soccer Stadium, which had been turned into a holding pen with torture chambers, then later at detention camps, where she was the guinea pig for experiments in gauging just how far torture could go shy of murder. 5 The nauseating testimony is read aloud in full, and Cantor juxtaposes it with a montage of Pepsi lifestyle ads. Young, attractive white couples enjoy leisurely sports: jet skiing over azure waters, biking in the desert, swimming in a pool. A young man’s athletic frame is silhouetted as he swings from a rope over a lake in slow motion. All these scenes are intercut with refreshing pauses for Pepsi, its logo cradled in ice. There’s something redolent of Leni Riefenstahl’s Triumph of the Will (1935) in these commercials’ blatant fetishism of athletic bodies and sport. We might be conditioned to think this propaganda isn’t fascist, but Cantor persuades us that it is. While appropriation artists have critiqued corporate culture and advertising incisively since the 1980s, it’s hard to think of an indictment more pointed and damning than Cantor’s.

Pinochet Porn finds fascism in all areas of personal life. Cantor was raised in Detroit, and the city makes a long, bittersweet cameo in the second chapter of the film. In a voiceover, Cantor talks about playing with childhood friends and encountering anti-Semitism (Cantor was Jewish and her family’s rabbi was murdered in his own synagogue). 6 The city’s notorious institutionalized racism is portrayed through news footage of armored tanks rolling through the city’s streets on July 24, 1967, during one of the worst race riots in American history. Fifteen hundred National Guardsman were called in to control widespread looting and fires that destroyed nearly seven hundred buildings citywide and accelerated white flight to the suburbs. 7 These tensions were simmering while Cantor was growing up; the blissful obliviousness of a small-town-style parade seen in this sequence feels ominous. So does the absurd footage of the Pontiac Unicycle Club, its men riding down a street on exaggeratedly heightened seatposts. Cantor herself joined a unicycle club, and the inclusion of the latter clip is a bit of goofy autobiographical recollection.

Heartfelt and vulnerable, Pinochet Porn is as much about Cantor as it is about the institutionalized inequities that involve and affect everyone. In the film’s last chapter, Cantor cries in her apartment at the news of a former flame’s engagement, then kisses and makes love to Guillermo, “a magic boy [who] came from a land far away. He had the power to transform the world around him,” as she notes in voiceover. A musician, he was able to play rock-and-roll music in Chile despite Pinochet’s ban on the genre (interestingly, only pop songs and disco were sanctioned by the dictator). As we see blurry shots of sexual trysts with close-ups of flowers encircled by pollinating bees, Cantor repeats the matter-of-fact admission that “we made love for fourteen days and fourteen nights, it was amazing,” as if it were a mantra. Maybe it was, and maybe it should be, as a small means to resist untold horrors—the Pinochet regime, race riots, the September 11 attacks on New York (which makes a brief appearance in the film), and so on—that seem to appear and recur with the inevitability of clockwork. Where else would one want to escape to but the throes of love?

David Everitt Howe is a New York–based critic and curator and an editor at BOMB magazine.

The Top 5 Weather Stations for More Accurate Readings at Home