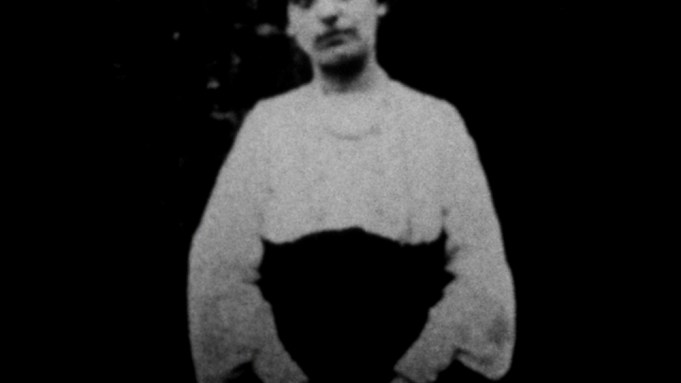 A belief in physiognomy as essence, complex and tinged with nostalgia, permeates the short experimental films of avant-garde Dutch artist Barbara Meter. This Sunday, the Museum of the Moving Image in Queens presents a screening of the relatively forgotten filmmaker’s work, organized by guest curator Mónica Savirón.

Meter graduated from the Netherlands Film Academy in 1963, and in the early 1970s co-founded Amsterdam’s Electric Cinema, a presentation space that shows multi-screen projections and performance-based films and videos. Run by members of the Film Coop and the Studio for the Development of Film and Film Manifestations, the Electric Cinema became, as Savirón writes in the program notes, “the epicenter of independent film and Dutch avant-garde filmmaking.” At the time, the space’s repertoire included canonical works by Valie Export, Carolee Schneemann, Lynne Tillman, Kurt Kren, William Raban, Stephen Dwoskin, and Malcolm Le Grice. Meter also founded POLKIN (Political Kinema), a production center that promoted activist and feminist documentary works. Savirón sees Meter’s film and curatorial initiatives as crucial responses of the avant-garde to the commercialization of film production and programming, and highlights the importance of her work now, when these patterns have become entrenched.

Meter, who is seventy-eight, continues to produce work. In an ongoing effort to draw the public’s attention to experimental works on celluloid, the program at MOMI includes her two early shorts and six newer ones. In the latter group, Appearances (2000), a black-and-white twenty-one-minute film shot on 8mm and transferred to 16mm, is a meditation on image, time, and aura. The short is almost entirely composed of photographs of Meter’s parents before she was born. The opening text informs us that both left Germany in 1934, separately—a note that marks them as survivors of the terror of World War II.

Photography makes for an unreliable witness. Yet for Meter, an artist sensitive to the image’s vibrations, this is enough—rather, it’s all we have. In Appearances, she animates the still image, manipulating our perception ofthem with subtle camera movements. Much of the film, like Meter’s work in general, was edited in camera. She then enlarged and manipulated the film with an optical printer. “The camera movements—as in actual tracking or the movement of the light in the dissolves, [modulated] by slowly varying the lenses’ aperture—are very important,” Savirón wrote in an email, “as it emphasizes the way this movement is particular to celluloid.” To see the small boy in Meter’s film—her father, we might guess—activated as the camera moves, the image slightly blurred, is almost to expect him to spring to life. There is nostalgia in this gesture, a reminder that though cinema conveys a sense of life and movement, it also haunts us with the aura of death, for it captures a moment that has passed.

In other works, Meter takes the tension between life and death further. In some instances, she shows us the same landscape twice: first as a still image, and then in a film clip. The trees seem to move—nature “comes to life.” The sight of wind moving through the trees in an early short by Louis Lumière, Le Repas de bèbè (Feeding the Baby, 1895), once stunned the Impressionists, who aimed for a similar effect in painting. In Appearances, this effect is complicated by an underlying tension: the liveliness of the trees on film makes the human subjects in the photographs appear even more still.

By training her camera on photographic portraits, Meter harnesses our natural urge to read faces. In Appearances, the camera stands in for the eye as it hovers greedily over the photographs, as if we could decode from these images individual moments of happiness, or trace the subjects’ thoughts. But what the close-ups reveal instead is the grain of the photograph, the dark backgrounds at times ominously shadowing and engulfing the subjects. The image surface attracts us, as it becomes a backdrop for our imagination and a projection of our feelings. But it also repels, resisting a single interpretation. Some portraits are posed, others are more relaxed, so that we constantly negotiate between the public and the private. No chronology guides us. It is as if the images had been found in a family chest, and arranged circularly to return to a particular impression.

Through the soundtrack, Meter fills her film with hints. At times, ambient noise and echoes of voices in public space create a reassuring yet impersonal atmosphere. Other parts feature classical music, birdsong, and a chorus. The human voice has an eerie quality in Appearances, for it reminds us of the gap between subjects and images that cannot speak. Both visuals and sounds are fragmented. A gramophone plays but breaks off, as if the narrative must splinter to truthfully convey Meter’s conception of her family story, or history. A wan smile, a casual meal outdoors, the German negation nicht in voice off, and a rattle of a speeding train add up to a suggestion of a travelogue. Her cinema is rudimentary in the best, most ecstatic way. Like poetry, it strips away everything superfluous.

Meter’s early six-minute color short, Portraits (1972), also an 8mm film transferred to 16mm, paired with an audio recording, shows her witty, subversive side. Meter calls the very idea of portraiture into question. It is full of double exposures and split screens, and its images flash so quickly they are nearly subliminal. At times they verge on abstraction, with only flashes of color. The individual windows freeze and blink in a syncopated rhythm, and an almost geometric logic emanates from the whole. And since the segments of the split screen evoke painting frames, Meter inevitably refers us back to art history. Her treatment of the photographic portrait is quasi-Cubist, an affinity intensified by the use of two projectors to play the film, which adds depth by overlapping the footage.

Meter’s feminist bend comes across in her juxtaposition of images of British filmmaker Sally Potter and Dutch costume designer Pim van Isveldt with those of their male counterparts, Mattijn Seip, a member of the Dutch Film Co-Op, and British video artist Mike Dunford. The resulting composite looks androgynous; we cannot tell if we are seeing a man or a woman. At the same time, we can’t help but note the importance of a woman filmmaker like Meter turning the camera’s eye inside out with the help of the more affordable Super 8 camera.

Meter chose for the soundtrack Steve Reich’s Four Organs, composed of a single chord that repeats throughout the entire piece. The New York Times music critic, Harold C. Schonberg, famously compared Reich’s minimalism to “red-hot needles inserted under our fingernails.” Yet paired with Meter’s images, this iconic work has a soaring energy. The amalgamated portrait burns into our minds through urgent, nagging repetition: not just a physical image, but a psychic one.