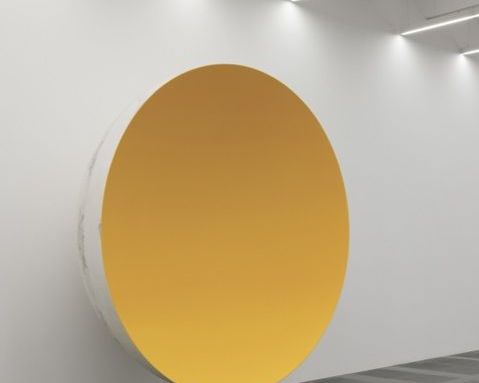 Yesterday was the preview of the inaugural Frieze New York, the first American iteration of a hip London fair that’s been in place for a decade. Amid art stars from Chuck Close to Tracey Emin and Jayson Musson (aka Hennessy Youngman), waving to colleagues like MoMA’s Klaus Biesenbach, Kathy Halbreich and Glenn Lowry, Public Art Fund director and chief curator Nicholas Baume walked the fair with A.i.A.

The Australian native started out as a curator at the Museum of Contemporary Art in Sydney, before coming to the U.S. in 1998 to curate contemporary art at the Wadsworth Atheneum, in Hartford, Conn., where, among other projects, he organized the first American museum solo shows of Francis Alÿs, Christian Jankowski and Fiona Tan. He went on to become chief curator at Boston’s Institute of Contemporary Art from 2003-09, and has been in New York for three years.

With the arrival of Frieze New York, and with art fairs the subject of an article in the current issue of The New Yorker, Baume took a moment to reflect on the phenomenon.

“I’ve had an evolution in my attitude toward fairs. The first time I went to one, I thought it was awful, a horrible way to look at art—no context, no space, everything cheek-by-jowl, commercialized . . . it seemed to take all the mystery and pleasure out of looking at art.

“But when I started working as a curator,” he went on, “working with emerging artists from all over the world, fairs became a very economical way to see a great deal of art.”

Surveying the hubbub around him, he added, “The opening hours are just manic shopping, it’s true. Later, once they’ve moved the merchandise, the dealers are ready to chat. At Public Art Fund, we’re always working on 10 different projects at the same time, so a fair is a great way to touch base with dealers.”

But are fairs any use for the general public?

“I think so. As much as they are working not to be, museums can be intimidating. Fairs have an immediacy and a directness that may make them more approachable. I’m for whatever can open the door.”

Baume started at the stand for New York’s Maccarone Gallery, prominently showing, among other works, a panoramic stripe painting by New York painter Ann Craven, the view of which is partially blocked by a large sculpture made from several pieces of tree trunks, by Eli Hansen and Oscar Tuazon.

“One of my favorite galleries, hands down, is Maccarone,” Baume declared. “When I was a young lad and worked as curator at the Wadsworth Atheneum, Michele Maccarone was the one New York gallerist who came to nearly every show I did.

“This is a stunning installation of sculpture by the brothers Oscar Tuazon and Eli Hansen,” he said. “What is that, 15, 20 feet long? It’s very gutsy to show at a fair.” Speaking of Tuazon, he continued, “We’re doing a project with him at the new Brooklyn Bridge Park, which will be a site-specific installation.”

Foksal Gallery Foundation from Warsaw is showing pale figurative paintings by Paulina Olowska, who, a gallery staffer pointed out, is included in MoMA’s current show “Ecstatic Alphabets/Heaps of Language.”

“Foksal show lots of interesting Polish artists,” Baume pointed out, “supporting a generation including Pawel Althamer and Wilhelm Sasnal.” Pointing out a metal wall sculpture, he added, “Monika Sosnowska is one of the most exciting young sculptors.”

Around the corner at David Zwirner’s stand, Baume felt right at home with the classic Minimalists. “Sol LeWitt, Larry Bell, John McCracken . . . this is all mother’s milk to me. It’s work I grew up with and still love. It’s not easy to show it in a booth because it requires space, but here it looks very elegant. That’s one of the striking things about this fair, that the proportions are really generous.”

Baume headed down the central aisle toward the “Frame” section of the fair. “I always gravitate toward the section for younger galleries and artists,” he said. “It’s a great way to see a body of one artist’s work, which for a curator is very satisfying.”

On the way, he stopped at Daniel Buchholz Gallery, from Cologne, which is exhibiting the work of Henrik Olesen. Baume studied a group of works on paper devoted to Alan Turing, showing portraits of the English scientist, some of them superimposed with computer hardware; other images show sequences of numerical codes. “He was a brilliant man and a great contributor to the development of computers, but he was exposed as a homosexual and ostracized. His story is a very tragic one. He committed suicide by eating a poisoned apple. It’s sometimes said that the Apple computer logo is a reference to that.”

“I love these chairs!” Baume exclaimed on seeing brightly colored seating by Franz West at Galerie Eva Presenhuber’s stand, from Zurich, upon which the gallery staffers were perched. “And I’m a huge fan of Ugo Rondinone,” he said, pointing out a large work hanging on the far wall. “He’s a magician of every medium. Whether it’s epic-scale works on paper, painting, sculpture or video, he’s an incredibly gifted artist who finds in each of these mediums a powerful and concentrated expression.”

Baume then chatted with Gabrielle Giattino, of New York’s Bureau gallery, about Every body moves, sometimes slowly, sometimes quickly (Dedicate to everyone), a new sculpture by Justin Matherly. In it, three intertwined concrete figures stand atop a platform that rests on a snarl of metal walkers.

“It’s based on the classic Greek sculpture, Laocoön,” Baume pointed out, “which was the subject of a treatise by Lessing on esthetics. It’s interesting to see an artist exploring it now, entering into a dialogue with the work that is not based on ‘80s-style appropriation.”

Baume asked Giattino whether the artist was present. “He’s coming,” she replied, “but he’s busy working on your piece!” (Matherly will have work in the Public Art Fund show “Common Ground” at City Hall Park, May 24–Nov. 30.)

At Renwick Gallery, Baume admired photographs by Talia Chetrit. “She had a great solo show at the gallery last year. It was very formal. This installation is different,” he said, surveying her close-up photographs of a nude woman. One, Crotch, focuses on wiry pubic hair, another, Double Nipple, emphasizes light and shadow on the breasts.

Baume moved on to Hauser & Wirth’s stand. “They’re obviously having a huge impact on the art scene, having expanded to New York from Zurich and London. There’s a lot of vitality to their program, with young artists like Matthew Day Jackson. The air can become sort of rarefied on the Upper East Side, so they’re smart to bring in that young energy.” Jackson curated a show of emerging artists “Science from the Back End,” currently at Hauser & Wirth.

Turning to a large floor sculpture, he went on, “It’s great to give attention to Phyllida Barlow, too. She’s a senior artist but I’d really never heard of her, and she has a show at the New Museum now.”

On his way to power up with a coffee at the end of our visit, Baume was stopped in his tracks by an untitled 2010 Anish Kapoor sculpture at Lisson Gallery’s stand. A fiberglass bowl shape about 10 feet in diameter, it hangs on the wall, its inside painted yellow. Standing before it, one seems to gaze into an infinite space one could happily fall into.

“This is a spectacular piece,” Baume said. “And it’s a museum-scale work. It’s impressive that the fair is on a scale that galleries can bring works like this and present them in a way that they look spectacular.”