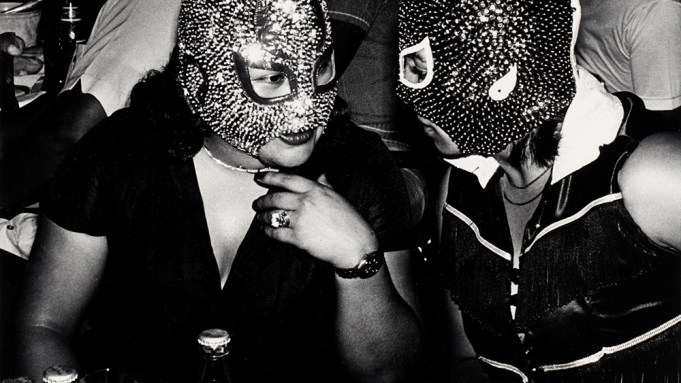 Social reality is hard to ignore in Latin America; it intrudes on even the most reluctant and sheltered elements in society. The wide gap between rich and poor, “Marias” begging in the streets, political oppression, torture, military governments, the destruction of peasant life and native cultures, uncontrolled environmental contamination—these are all part of daily life in the Southern hemisphere. They also provide the raw materials of Latin American photography.

Last April, 350 photographers and critics, from Latin America as well as the United States (both Anglo and Latino), Austria, Germany, England, Italy and Spain, convened in Mexico City for a 13-day Colloquium of Latin American Photography. This was the second such conference organized by the Council of Mexican Photography. In addition to 11 photographic exhibitions, the colloquium included six days of workshops and three of formal meetings. An impressive bibliography of 224 books by Latin American photographers was introduced; five years ago even the most knowledgeable expert would have been hard-pressed to name even a dozen. And two major exhibitions, “Made in Latin America, II” and a “Salon of Invited Photographers”—both held at the Palace of Fine Arts—presented work by 156 photographers from 17 countries.

More than half of the photographs in these exhibitions were taken with a wide-angle lens, which has become a trademark of Latin American photography. Because it can record an entire scene while focusing on objects only a few feet away, the wide-angle lens decreases both the physical and the emotional distance between viewer and scene photographed. Even though such a lens tends to cause some distortion around the edges, reality bursts aggressively out of the picture it produces.

Although both exhibitions included some studio shots (mostly of nudes), as well as a few Polaroids and manipulated prints, most of the photographs were documentary black-and-whites depicting the poor (over 80 percent of the population of Latin America) in terms of the contradiction between tradition and modernity that structures third-world societies. Thus, Mexican photographer Pablo Ortiz Monasterio—a member of the seven-person international jury that reviewed the over 2,000 entries for “Made in Latin America, II”—can speak of “a photography of social concern with a drastic reality that uses beauty and all the esthetic tools to convey a strong image.” Monasterio’s photographs of indigenous peoples are clearly socially concerned; for him, documenting the lives of the disappearing Indians is “a way of documenting what we are.” The search for identity through the history of the Mexican—part Indian, part conquistador, both colonial and revolutionary—is an obsessive theme of Mexican literature and art.

Similarly, the U.S. member of the jury, critic and photographer Max Kozloff, described the exhibitions as “an assemblage of photos that bears witness, frame by frame, to a passionate state of affairs. . . While hope, pity and grief are certainly not monopolized by Latin America, the ways of showing them have a distinct expressive aura.” In Latin America the predominant black-and-white photography which relies on strong images drawn from an almost surreal reality may not be just a matter of esthetic preference. It is also a practical necessity. Because of Kodak’s monopoly in Latin America, good photographic papers are difficult to obtain, some films and lab processes are unavailable, and the cost of color is exorbitant. (In Mexico, most photographic supplies are at least twice as expensive as in the United States.)

It is hard to generalize about an area that stretches from the Rio Grande to Cabo del Fuego. The distinct histories and current situations of each nation promote major artistic differences. Yet Mexican photography does seem to exemplify many of the major concerns of Latin American photography in general. Engaged in a struggle for a distinctly Latin American artistic identity, contemporary Mexican photography develops from three major sources: the journalistic tradition of the Casasola archive of the 1910 revolution; the contemplative art-photography movement, personified by Manuel Alvarez Bravo, that developed during the mural movement; and contemporary U.S. and European photography, disseminated primarily through magazines and exhibitions. But just as younger photographers struggle against what they perceive as foreign concepts of the photogenic, they also fight the influence of earlier Latin photographers. For example, while Graciela Iturbide acknowledges her teacher, Alvarez Bravo, for teaching her “how to see,” she also insists that “everyone has to decide for themselves what they want to look at.”

Iturbide’s intuitive, personal approach is apparent in her anthropological photographs of indigenous communities.  Although she is not a “conscious feminist,” most of her photographs depict women: “When I gather up the negatives it seems I have a much more critical view of men. The negatives seem to show them in the harshest, most ridiculous attitudes. But when I look at women there is a kind of tenderness—like with my prostitutes. I try to redeem them in the photos. It seems that I always want to save the women.  But as for the men, I don’t forgive them.”

Photographs of indigenous communities are common in both Mexican and Latin American photography. Is this subject less folkloric or exotic when photographed by a Mexican rather than a tourist? Nacho López, one of Mexico’s most important photographers, thinks so. López—whose retrospective at Mexico City’s Museum of Modern Art ran concurrently with the colloquium—spent many years photographing Indians. He does not see them as exotic, but as “representing a given social situation within a world of contradictions.” An image is no longer exotic, he claims, when it moves the viewer, when “there is an element that gives you a human feeling.”

Although the expressive quality of López’s photographs depends largely on strong tonal contrasts and an intensive use of black, the photographer also transmits a strong sense of communication with his subjects. Unlike most contemporary U.S. art photography, in which subject matter is often merely nominal—a necessary expedient, at best—the relationship of the photographer to his subject is essential to much Latin American photography. As Max Kozloff observes in his Photography and Fascination, this relationship leaves an ineradicable trace that is communicated to the viewer:

Photographic experience certainly concerns events in the transaction between the photographer and subject . . . The interchange between subject and visual recorder does more, perhaps, than anything else to engender the content of the picture.

If the anthropological-ethnographic photographs of Monasterio, Iturbide, López and others avoid the folkloric and the exotic, it is due to their conscious exploitation of this important aspect of the medium.

The search for expressive symbols for contemporary Mexican reality can also take place in the urban landscape. Lázaro Blanco, influential both as a photographer and as a teacher, finds a natural geometry which orders the randomness of everyday life. On the other hand, Pedro Meyer­—president of the Council of Mexican Photographers—emphasizes the random element in his search for the poetry of the ordinary.  And Armando Cristeto—a member of Fotógrafos Independientes, a group of angry young conceptual artists and photographers—seeks out the discordant; symbols of cultural imperialism, the struggle between old and new cultural attitudes, death, transvestites and popular culture pervade his work. (Children of the working class, the Fotógrafos Independientes exhibit in the streets and other public places, in an attempt to reach the masses; they are like Diane Arbuses with a social conscience.)

Although Mexican photography clearly emphasizes social reality, there is also a more or less conscious use of surrealist elements, which exploit the camera’s ability to transform, by limiting, reality. Surrealism may either be overlaid upon or inherent in the scene. In her early work Lourdes Grobet played with sandwiched negatives, combining two or more images in the darkroom to create surreal fantasies. Then she tried to alter reality by painting it before photographing it. Two years ago she became interested in wrestling matches, which have a devoted following among the Mexican working class. Masked and costumed sweat-and-blood superheroes, many of them women, fight for prizes and dance in phantasmagorical costume balls. In her photos of women wrestlers—which she calls la doble lucha (the two-way struggle)—reality and fantasy mix in a symbolic commentary on contemporary society.

Sensitive to criticism that their emphasis on the social and communicative aspects of photography has led them to neglect its artistic potential, the Cubans argue that esthetics and content are intimately related. According to film and still photographer Mario García Joya (Mayito), “The esthetic must be contained within the very idea one is trying to express and not be added afterwards.” During a meeting between the seven-person Cuban delegation and a Venezuelan photographer who had requested their comments on his photographs of recent antigovernment demonstrations in Caracas, the Cubans praised him for his good intentions but criticized his lack of originality, coherence, arresting images and innovation. They then described their own experience of over 20 years of photographing demonstrations, and the various solutions at which they have arrived for producing distinctive shots—from standing in a manhole to shooting out-of-focus.

Both the variety and the quality of Brazilian and Argentine photography are impressive, especially in light of the fact that both nations suffer under repressive political regimes. Yet the difference between Cuban and Brazilian work is striking; whereas Cuban photographs, whether taken at home or in Nicaragua, express a basically positive attitude and tend not to depict suffering, misery or anger, much Brazilian work is profoundly disturbing. The most shocking work in the exhibition—shocking because of its complete lack of emotion—was Juca Martins’s series of six photos documenting the arrest of a transvestite prostitute.

The political struggle which consumes so much of the continent pervaded not only the colloquium’s exhibitions, but also its formal meetings and debates. Perhaps the most dramatic moment came during the confrontation of Sara Facio—president of the Argentine Council of Photography, photo-book publisher, and one of her nation’s leading photographers—and Argentine exile Néstor García Canclini, art critic, philosopher and member of the jury for “Made in Latin America, II.” In her formal paper, Facio had condemned the agitational stance of Argentine photographers during the 1968–74 period; calling for a photography independent of political ties, she criticized the exiles for “not knowing the present reality of the country they had left” and for perceiving only “nostalgic and outdated realities.” “The distant country continues transforming itself,” she argued, “but they do not.”

When Facio concluded her presentation, a young photographer stepped forward to read a list of Argentine photographers killed by the military government. “Between the sips of water Facio took during her talk,” he charged, “there was a series of assassinations in her country.” Then García Canclini, after disputing Facio’s version of the events of 1968–74, pointed out that part of “the reality of Argentina and Uruguay that must be considered are the 700,000 Argentinian exiles as well as the one-third of the population of Uruguay scattered around the world.”

Yet Facio’s work contradicts her stated apoliticism. Her series of technically exquisite, beautifully composed images of Bolivian women protesting for better treatment—in one, a group of women holds a sign that reads “We want the bread we merit”—clearly demonstrates that dialogue between photographer and reality which characterizes Latin American photography. This dialogue resides in part in the inalienable tie between photography and reality—as Susan Sontag observes in On Photography, “A photograph is not only an image (as a painting is an image), an interpretation of the real; it is also a trace, something directly stenciled off the real, like a footprint or a deathmask”—and in part in the dramatic, obtrusive character of Latin American reality itself. Here is how the photographer Mayito defines the specificity of Latin American photography: “There is no other expression or discipline which can express reality as directly as photography and this expressive potential, adequate to its reality, is especially important in a continent and an epoch in which the reality is so weighty.”

‘What Are We Doing?’: Senator Begs Colleagues to Act on Gun Control After Uvalde Shooting