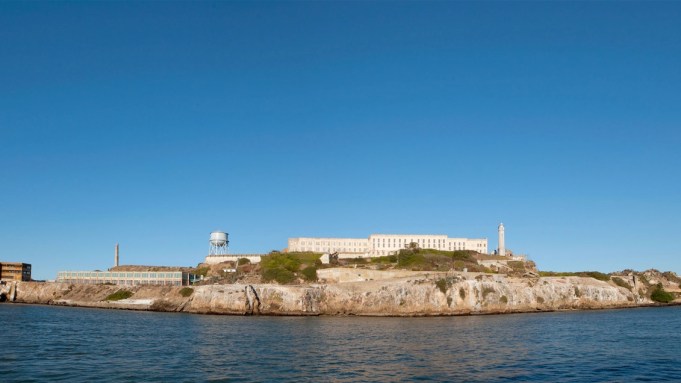 Activist artist Ai Weiwei, infamously held by Chinese authorities for 81 days in spring 2011, is bringing his prison experience to an art installation at the former prison at Alcatraz. Tickets go on sale June 27, and can be purchased online or in person at the Alcatraz Landing ticket office at Pier 33 on the Embarcadero.

San Francisco public art nonprofit FOR-SITE announced last December that it was collaborating with the embattled artist on an installation at the disused maximum security prison, which sits on a 22-acre island in the San Francisco Bay. Tickets will go on sale three months before the opening of the exhibition (Sept. 27, 2014-Apr. 26, 2015). Regular $30 admission to the island will include access to the various sites where Ai’s work will be installed, most of which-psychiatric hospital wards and certain cell blocks-are not usually open to the public. The dining hall is the only installation site that is typically open to visitors.

“@Large: Ai Weiwei on Alcatraz” will involve seven new site-specific pieces (sculptures, sound installations and mixed-media works). Very little detailed information has been released concerning the nature of Ai’s new work, but many of his recent exhibitions, including his current show at the Brooklyn Museum (“According to What?,” through Aug. 10), include installations that address freedom of expression. Some of his projects directly criticize the Chinese government, specifically its response to the 2008 Sichuan earthquake, in which thousands of children died due to shoddy construction of school buildings.

Ai‘s activities have been heavily monitored by the Chinese government for several years. Since the government has confiscated Ai’s passport, the artist will collaborate with FOR-SITE executive director (and local gallerist) Cheryl Haines, along with members of Amnesty International and Human Rights Watch, from his Beijing studio.