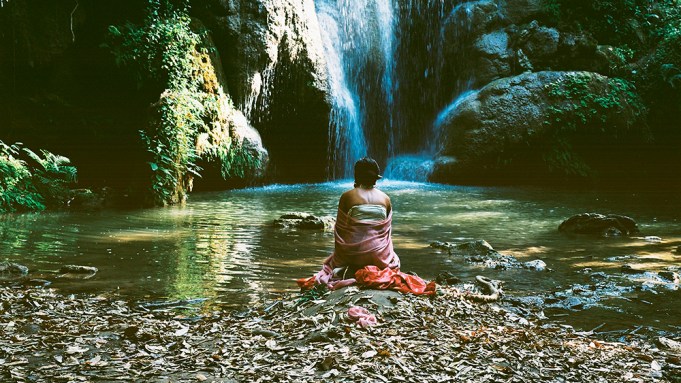 I haven’t been to Thailand proper, though I’ve traveled there many times via the works of Apichatpong Weerasethakul, the country’s best-known filmmaker. I first encountered Weerasethakul by accident. One evening in 2010, a friend and I arrived at a London cinema to find that the film we intended to see had ended its run the week prior; on offer instead was Uncle Boonmee Who Can Recall His Past Lives, a movie neither of us had heard of. Seeing that it had taken the top prize at that year’s Cannes Film Festival, we agreed it was a risk worth taking, so we bought two tickets.

It’s hard to describe the experience that followed. The vast majority of films in wide release offer certain reassurances to the viewer; more often than not, they are rigidly codified by genre. Although we may claim to enter the cinematic scenario for a genuinely new experience, we in fact often seek to confirm expectations and enjoy more of the same. Saying that Weerasethakul’s films have a blatant disregard for the conventions of narrative cinema thus implies a certain violence, the aggressive disdain for watchability that we associate with the “experimental.”

But this is clearly wrong, given that the dominant tone of Weerasethakul’s work is an almost unbearable tenderness. The director’s revolt is a quiet one. Because he makes extensive use of rural Thai settings, he is often mistaken for a cine-naïf, a view that ignores his formal sophistication. Moreover, censorship restricts domestic distribution of his work, making  Weerasethakul better known abroad than at home. The discrepancy is both ironic and troubling, in that his films are deeply rooted in Thai culture, with its long history of monarchy and folk Buddhism and its recent political turmoil. While many Asian artists deliberately tailor their productions to Western taste, Weerasethakul has done the opposite, even going so far as to forsake cosmopolitan Bangkok to reside in the jungles of northern Thailand, where most of his films are set. As a result, the global viewers who know and adore his work best have the least capacity for understanding it.

I, for one, emerged from my first encounter with  Weerasethakul’s work in a state of bafflement. Although I have now watched all of his feature films and many of his shorts, some of them numerous times, Uncle Boonmee has still left the most indelible impression on me. At times poignant, often beguiling, sometimes genuinely frightening, Uncle Boonmee is both a masterful meditation on journeying into the afterlife and a refutation of linearity. Shot in a perpetual nightscape, the film opens with a naturalistic air, showing the elderly Uncle Boonmee and his guests, two relatives who have come to visit him from the city: a young man and an older woman. Midway through their banal dinner conversation, the ghost of Uncle Boonmee’s dead wife, Huay, suddenly emerges at the table, startling the guests. “I have no concept of time any longer,” she tells them. Even more surprising, minutes later they are joined by a strange apelike creature with glowing red eyes. Far from attaining contemporary Hollywood standards, the visitor’s ape suit looks like a reject from a 1960s B-grade horror film; the effect, given the placid naturalness of the scene, is a cross between hilarity and genuine fright. The creature is Boonmee’s son, Boonsong, who long ago disappeared in the jungle. Now we learn that he was lured there by monkey ghosts with which he became intensely fascinated and mated, ultimately becoming one himself.

To become something else entirely: this is the bold ambition of Weerasethakul’s art. The desire is literalized over and over again. Halfway through, Tropical Malady (2004) suddenly turns into a second film. Blissfully Yours (2002) stunned its Cannes premiere audience when the opening credits popped up on screen forty-five minutes into the two-hour film, allegedly leading some seasoned critics to leave their seats and complain to the cinema’s management that the order of the reels had been botched.

Magic happens all the time in Weerasethakul’s films—this isn’t the human realm, after all; this is cinema. In Uncle Boonmee, the story suddenly shifts to a tale about a princess traveling through the jungle with her entourage. She is saddened by the lack of love in her life. The entourage stops to rest near a waterfall. The princess submerges herself in the water, where a talking catfish rises to comfort her. The maiden offers herself to the speaking catfish, the Lord of the Water, shedding her jewels beneath the surface. In return, as she floats on her back, the catfish swims between her legs and fucks her ferociously. The narrative then drifts back to the present day—Uncle Boonmee, nearing the end of his life, speaking with his dead wife. In the most moving segment of the film, he asks Huay, “Where should my spirit go to look for you? In heaven?” “Heaven is overrated,” she responds. “There’s nothing there. . . . Ghosts aren’t attached to places but to people, to the living.”

Weerasethakul, too—despite or perhaps because of his Buddhist beliefs—is clearly drawn to people; he has a great affection not only for his characters but also for his actors, who tend to reappear from film to film. Tong, the young nephew of Uncle Boonmee, is the same Tong (played by Sakda Kaewbuadee in both films) in Tropical Malady. Jenjira Pongpas appears in Uncle Boonmee as Auntie Jen; in Weerasethakul’s latest feature, Cemetery of Splendor (2015), she is cast as Jenjira, a middle-aged housewife who has volunteered to look after a young soldier in a coma.

Besides animal spirits, soldiers and doctors are the recurring character types in Weerasethakul’s films, which, one day, we will likely be able to read as chapters in a single prolonged Proustian masterwork. The soldiers, besides presenting men in uniform in the attractive manner common in gay cinema, evoke Thailand’s military dictatorship, injecting state power into the bucolic everyday life of the provinces. Weerasethakul’s parents were both doctors, and he was essentially raised in a medical clinic in northeastern Thailand. He has used his parents’ small hospital as a setting in Blissfully Yours and Syndromes and a Century (2006), while various medical facilities and personnel turn up in many of his films.

Thai culture, as Weerasethakul has observed in interviews, is hybrid through and through. Grasping its complexity is key to deciphering his films. Weerasethakul often sets his works in border regions—Mekong Hotel (2012), for example, was shot on the Mekong River, along the border with Laos—and utilizes the recurring character type of the illegal immigrant. In Uncle Boonmee, Auntie Jen is constantly suspicious of Boonmee’s Lao servant, convinced that he will kill the old man and steal his belongings at any moment; Uncle Boonmee denies these concerns, asserting that the Lao are harder workers and more loyal than the Thai. In the opening scene of Blissfully Yours, the character Min is taken for a doctor’s examination by his two female Thai caretakers, who have instructed him not to speak, so as not to reveal himself to the doctor as an illegal immigrant. He is eventually diagnosed with a terrible skin rash—a highly symbolic diagnosis in a film set in contemporary Thailand, where dark-skinned ethnic minorities living in the northern provinces tend to be looked down on by the light-skinned bourgeoisie residing in Bangkok. In fact, many Thai—including the royal family—have Chinese and/or Lao ancestry, a fact that is often willfully overlooked in the country’s nationalistic propaganda.

Artistic, not just ethnic, hybridization comes to the fore in Weerasethakul’s work, when one considers how pop imports from the West have been integrated into Thai culture. The horror films that Weerasethakul absorbed as a child emerge not just in the form of monkey ghosts in Uncle Boonmee but also as a disruption of the documentary feel of Mekong Hotel, a movie about the casting of a movie, when a cannibal suddenly appears on the scene. In a way, it makes sense that Weerasethakul had to leave Thailand to study (he got his MFA in filmmaking from the School of the Art Institute of Chicago) in order to go deeper inside his native country. There was no tradition of experimental filmmaking in Thailand prior to Weerasethakul’s first efforts; he has single-handedly created the tradition.

At the same time, it must be said that Weerasethakul’s films are neither “narrative” nor “experimental” in any conventional sense. Truly great art explodes any frame that restricts our worldview. James Joyce once asserted that his novels weren’t intended to be merely read but studied for a lifetime, and the works themselves embody that demand. The same holds true for Weerasethakul’s films. They provide a portal into veritable other worlds—worlds that make our Western rationalist milieu feel cramped.

“Apichatpong Weerasethakul: The Serenity of Madness,” a retrospective at the Maiiam Contemporary Art Museum, Chiang Mai, Thailand, through Sept. 10;  “Primitive,” an ongoing multichannel video installation by the artist, at Tate Modern, London.