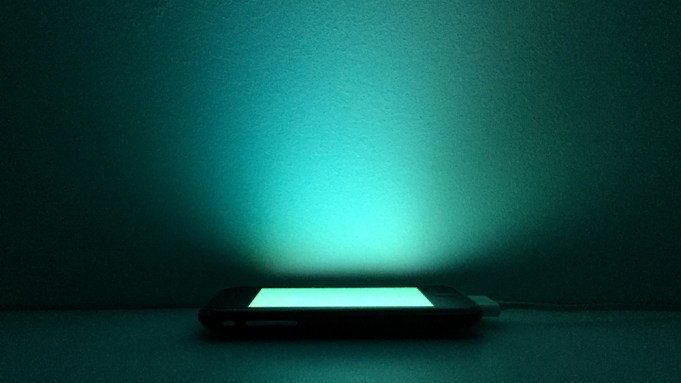 This may sound nightmarish, but it’s quickly becoming the fabric of reality for smartphone users. And while search algorithms have had a lot of data to chew on, that doesn’t seem to have brought them much closer to becoming vehicles of enlightenment. Google’s demented search suggestions—the words offered to complete the phrases we enter—keep telling us that as a populace, we’re not cut out to become the techno-utopian termite colony that Schmidt seems to have envisioned. We’re more like a nation of bored bad sleepers.

Zach Gage’s If Search is Our Memory (2010) recognizes that what we search for the most is ourselves. Gage programmed a search bot to google individuals’ names, one each day, from a list he compiled (you can email the artist to add your own name). The bot browses the results and saves the information to its memory cache, much like a curious former classmate or co-worker might. The next day, this cache is cleared to make way for another  search of a name selected from the base at random. Not being Googled means being erased from memory. This perpetual project asks whether it matters who, or what, performs the search. Unlike Google (and the web’s other repositories of social identity) this bot will never share its findings with users or advertisers. It muses in darkness, presumably on a server operated by the artist. Gage’s most thought-provoking works are relatively straightforward gambits like this that stare into the internet’s wide-open mouth and try to see what it’s been eating.

As an independent game designer, Gage has had several App Store hits with mainstream appeal. SynthPond lets a user compose music visually, by arranging nodes in a field. Unify is a Tetris-like puzzler where blocks fall from both sides of the screen. Gage has developed at least one bona fide smash, a word game called Spelltower, which brought him commercial investment offers. He’s also designed a post-apocalyptic board game called Guts of Glory, supported by Kickstarter patrons. Meanwhile, he’s been releasing applications you might call meta-games: idiosyncratic departures from the normal logic of gaming where amusement and goal-direction are interrogated, not offered. Lose/Lose (2009), a downloadable shooter game where every alien you kill causes a file to be deleted from your hard drive, disrupts the genre’s trigger-happy conditioning, inviting the cautious player to explore other modes of existing in its world. Some news outlets missed the point, and decried the game as malware. It became notorious in the gaming community. The game news site Kotaku ran a story headlined “The Dangerous Video Game You Weren’t Supposed to Play.”

In his first solo exhibition, at New York’s Postmasters Gallery this spring, Gage presented a selection of subtle and engaging digital pieces he calls “Glaciers,” named for the slow transformations they undergo. Many artists have experimented with piping live internet data into a gallery context. Gage’s output in this vein is unique for its simple premises, clean forms and unassuming physical housings. Like well-designed apps, his works tend to the humble and precise. They feel engineered to illuminate, not confound.

The exhibition included a series of thirty or so screens the size of small paperbacks, each bearing the text of a single three-line poem. The screens use electronic ink, and the poems are defined by parameters, making them more like containers than content. With a substrate hooked up to the internet, each “poem” is the text of the first three suggested searches auto-completed by Google, from one of Gage’s pre-programmed prompts. Thus, the poem titled tell me. . . reads “tell me a joke / tell me a story / tell me something good.” “Search predictions are generated by an algorithm without human involvement,” Google explains on a help page. As the suggested searches change over time, the poems change in response. The electronic ink is refreshed, producing new poems from the same seed of query, but grown from shifted collective concerns.

The experience of reading the poems feels somewhat like reading a disaggregated browser history. The visitor confronts the textual handiwork of millions of anonymous strangers. Each poem is a signature traced over and over, until it can’t be recognized as the name of one person. Gage’s prompts are baited hooks in a crowded sea.

The artist explains that, because of the massive volume of data harvested by Google’s search-predicting algorithm, the auto-completed suggestions tend to linger for a long time. Still, some day in the future each screen will have depolarized and reconfigured, revealing something about the appetites of the new moment by crystallizing a fresh new poem.

Gage is intrigued by the side effects of letting machine minds carry out their operations over a long period of time. He likes playing with extremes of attention and engagement. The whimsically one-note sculpture Hit Counter (2009) consists of a birch box mounted at eye level, housing a simple digital camera. Underneath, a plaque reads: “This artwork has been visited […] times.” A live counter readout is embedded in the text, conjuring memories of the hit counters used on early homemade websites. It turns whenever the artwork gets a “view.” The display suggests a correlation between the number and the sculpture’s value. It’s dumb and it’s funny in its exposure of our attention economy’s dependence on metrics and data like these. Like other works by Gage, the piece performs its automated task succinctly, while materializing new ways of getting personal with the data-gluts that rule our networked lives.

Earlier this year, Gage created Generation Lamp, a meditative exploration of time and color. You can visit the project’s URL and download a unique code to have your own iteration of Generation Lamp, which is designed to be run on a smartphone screen. Over its lifetime of approximately thirty-two years, a custom lamp cycles through all 16,777,216 colors in the RGB hexadecimal spectrum, the universal format for encoding colors on the web, at the rate of one color per minute. There’s something provocative in the lamp’s defined lifetime, as if it’s daring you to keep checking in with it as you grow and change. Of course, Generation Lamp will perform its programmed operation with or without your appreciation. But it still seems to hold some promised reward at the horizon of its time scale that you won’t earn from technologies that disguise themselves like helpful friends, wheedling and probing for your input.

Gage’s works play in the spray of big data’s unstoppable waterfall. They slow down teraflops of computing power to human-scale droplets, and show what tiny decisions look like on glacial timelines. Over time, variables congeal. Desire freezes into hard spikes and soft mounds. Immutable human truths emerge and melt away. Is there a mirror in the ice wall, or is there somebody trapped inside?