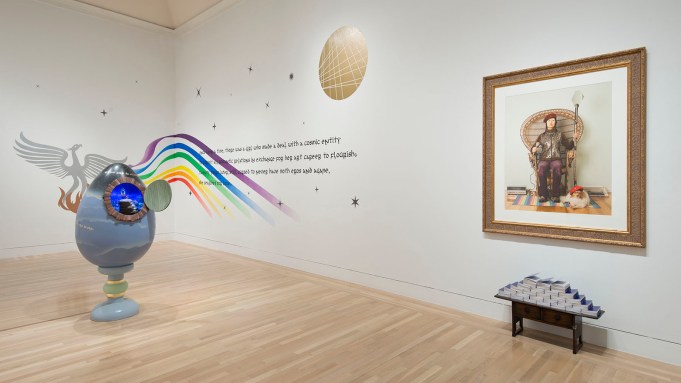 Los Angeles’s Hammer Museum has tapped Alice Könitz’s project, the Los Angeles Museum of Art (LAMOA); Magdalena Suarez Frimkess and Michael Frimkess; and Jennifer Moon for its “Made in L.A. 2014” awards. All are included in the second iteration of the eponymous biennial of area artists.

The LAMOA takes home the $100,000 Mohn Award for excellence. The Frimkesses have bagged the $25,000 career achievement award and Moon the $25,000 public recognition award, which is determined by a public vote. All are funded by media executive Jarl Mohn and his wife, Pamela.

The LAMOA is a bedroom-sized museum that Könitz built behind her Eagle Rock studio; it displays her own collection along with borrowed and commissioned artworks. The jury wrote in its announcement that it “stands out as exemplary of an artistic practice that not only affects other artists through collaboration, but enriches the art community through questioning the purpose and role of a museum.”

The Frimkesses work collaboratively in ceramics, and, the jury says, have been an inspiration to younger artists.

Moon’s multimedia practice, according to the museum,  “blends political theory, self-help and fantasy to create the Revolution, a movement that envisions a worldwide shift in thinking through love, presence of mind and empowerment.”