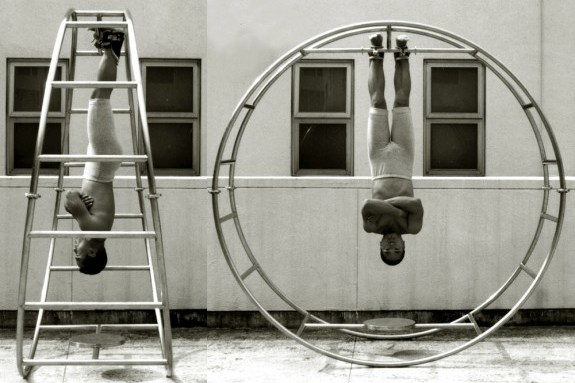 Lars Nittve is the director of the M+ Museum in Hong Kong, which is slated to open in 2017 in a $642-million Herzog & de Meuron-designed building. Here, he recalls his favorite Hong Kong shows from the past year.

This group exhibition, curated by Hong Kong- and Shanghai-based independent curator David Chan, shed light on a group of conceptually oriented Hong Kong artists who emerged in the late 1980s and early ’90s. Presenting early and seminal works by Ellen Pau, Ho Siu-Kee, Vincent Yu and Sara Wong, the show was a convincing testament to the strength and individuality of a Hong Kong scene which, until very recently, remained almost entirely under the radar. The artists probe issues of perennial relevance in the context of a transforming city like Hong Kong, such as speed, change and memory.

This project by the Hong Kong artist/designer/photographer Stanley Wong was the summary of six years’ fascination with urbanistic failure in many cities in Mainland China, as well as in Singapore, Taipei, Kuala Lumpur and Bangkok. The title, “Lanwei,” literally means “broken tail” or “rotten end” but has come to be used for the thousands of grand, pompous construction projects that sit unfinished in Asia’s rapidly growing cities. Some documentary and some staged, Anothermountainman’s 40 large-scale photographs tell an equally sad and hilarious story about greed and failure.

“Great Crescent: Art and Agitation in the 1960s-Japan, South Korea and Taiwan” at ParaSite Art Space

Tiny nonprofit ParaSite continues its tradition of punching far over its weight with a project that, in the wake of the interest in Japanese avant-garde and “anti-art” movements in the 1950s-’70s, looked at the strategies artists chose during the politically turbulent 1960s in both Japan and neighboring South Korea and Taiwan. Curated by ParaSite and guest curator Lesley Ma, it presented, in a beautifully crystallized way, videos, photographs and texts documenting works by well-known figures like Yoko Ono as well as examples by artists who are obscure but equally striking, like the photographs that make up Murders on the Han Riverside (1968) by a trio of Korean artists: Kang Guk-jin, Jeong Gang-ja and Jeong Chan-seung.

I acknowledge my bias regarding this project, but it must be mentioned. This exhibition of seven large-scale inflatable works by Cao Fei, Choi Jeong Hwa, Jeremy Deller, Jiakun Architects, Paul McCarthy, Tomás Saraceno and Tam Wai Ping attracted hundreds of thousands of visitors to the future site of the M+ building. The works-not the least Cao Fei’s House of Treasures (2013), a typically Cantonese celebratory suckling pig; Deller’s Sacrilege (2012), a bouncy castle in the shape of Stonehenge; and Paul McCarthy’s Complex Pile (2007), a gigantic turd-triggered a discussion about what art is and can be. Can art be ugly? Can art be a bouncy castle? Can art be fun?

During his 2011-12 residency at Hong Kong’s Asia Art Archive, Song Dong developed an extraordinary project re-writing the last 36 years of history from his personal perspective in the form of 36 hand-drawn wall calendars. On Jan. 21, 2013, one month after the day the Mayans predicted that the world would end, 432 members of the public met in the exhibition to assist the artist in completing the project by adding to, changing or editing a month from one of the calendars, using their own personal stories. This event marked the opening of a one-month exhibition of the calendars and work contributed by members of the public. The results were at once personal and collective, grand and intimate.