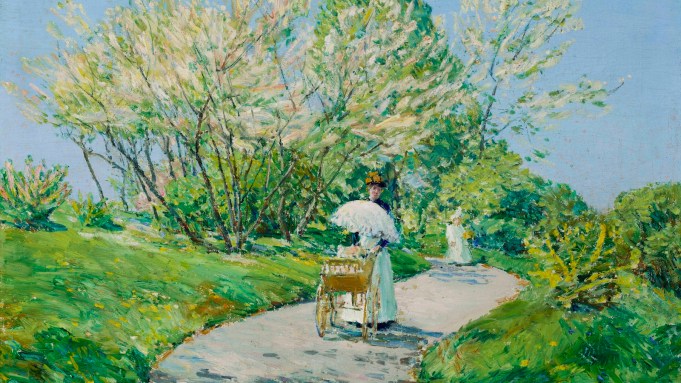 Works by van Gogh, Cézanne and Monet are part of the largest gift of artworks ever received by the Denver Art Museum. The 22 Impressionist works come from longtime museum supporter Frederic C. Hamilton, a Denver-based oil and gas magnate. The gift includes the first van Gogh and Cézanne paintings to enter the museum’s collection, along with examples by Manet, Morisot, Pissarro, Renoir and Sisley. Also represented are American Impressionists William Merritt Chase and Childe Hassam.

“The addition of these paintings to the Denver Art Museum collection is  pivotal moment in this institution’s history,” said museum director Christoph Heinrich in a press release. The museum says that the gift makes the museum’s Impressionist holdings one of the best in the Western states.

The works that make up the gift are currently on view at the museum as part of the exhibition “Nature as Muse: Impressionist Landscapes from the Frederic C. Hamilton and the Denver Art Museum” (through Feb. 9).

Hamilton was chairman of the board of trustees at the museum from 1994 to earlier this month. The Daniel Libeskind-designed addition to the museum, which opened in 2006, bears his name. Founded in 1893, the Denver Art Museum has holdings of 70,000 works.

Mick Jagger on Harry Styles: ‘Superficial Resemblance to My Younger Self’