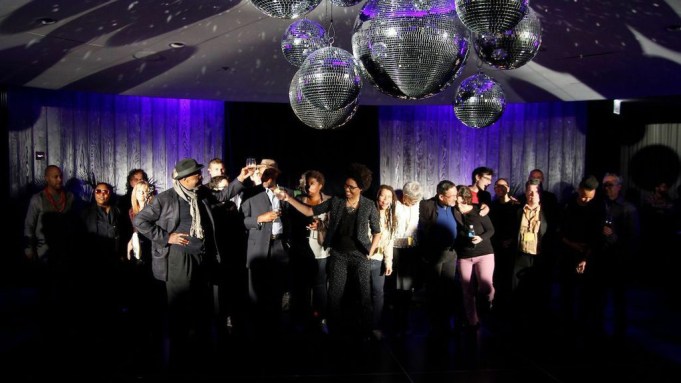 Last week in Chicago, United States Artists (USA), an organization that has distributed close to $20 million to over 400 people in nine disciplines since 2006, held its first annual Artists Assembly. USA came about in the aftermath of the 1990s culture wars. With the end of National Endowment for the Arts grants to individual artists in 1997, regional cultural councils and the philanthropy community worked to develop other ways to support American artists. Amassing $22 million in seed funds, the Rockefeller, Ford, Rasmuson and Prudential foundations launched USA’s annual fellowship program to help fill the gap.

Fellows are selected from nominations by peers, scholars, critics and administrators in the visual arts, architecture and design, traditional arts and crafts, theater and performance, dance, media, literature and music. Expert panels and the USA board determine the final awardees. Roughly 50 fellows a year from across the United States receive $50,000 each without any restrictions on its use or other requirements for documentation. Diversity is a key criterion for the yearlong selection process. Past recipients include Edgar Arceneaux, Dara Birnbaum, Trisha Brown, Luis Camnitzer, Paul Chan, Renée Green, Joan Jonas, Ralph Lemon, Meredith Monk, Lorraine O’Grady, John Outterbridge, William Pope.L, Carolee Schneemann and Zoe Strauss.

The 2015 Artists Assembly initiates an expanded program for the nearly 10-year-old organization, which acquired a new CEO, Carolina García Jayaram, and moved from L.A. to Chicago this year. Jayaram, working with USA board chairman Steve Oliver, formed a Fellows Alumni Advisory Council; among its current members are 2014 fellow Iñigo Manglano-Ovalle and 2007 fellow and board member Ann Hamilton, who gave the assembly’s keynote address.

Among the highlights was a tour with 2012 USA fellow Theaster Gates of his studio/warehouse on the South Side and lunch at his Currency Exchange Café. Alejandro Cerrudo, a 2014 fellow, choreographed a dance performance at the Hubbard Street Dance Center, and everyone was invited to participate in a movement workshop there. The final day of the assembly consisted of panel-based conversations and presentations from selected fellows. The PechaKucha format was used, in which presenters choose 20 images about which they can speak for 20 seconds each.

Next year’s iteration of the Artists Assembly will continue to uphold USA’s model for geographical diversity, convening in Miami.