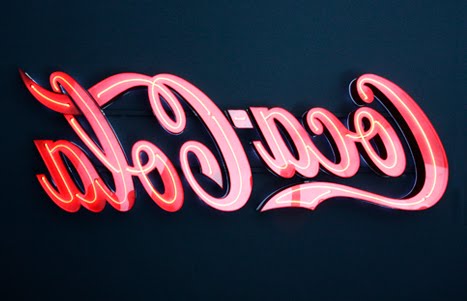 Earlier this summer, the Jerusalem Season of Culture (JSOC) launched at venues throughout the city, a sign that Jerusalem, not known for its avant-gardism, is now a go-to spot for culture. Itay Mautner, JSOC’s artistic co-director, told A.i.A. that the festival, which ran May 18–July 31, aims to present a city that is “much more than the two narratives of religious conflict and political conflict that the world associates with it.”

The first live event I attended, on July 13, was an evening performance at the remains of the Tower of David in the Old City, in an abandoned Ottoman-era prison that had been temporarily turned into a theater. Pia Forsgren, the artistic director of the Jewish Theatre in Stockholm, directed, designed and staged the multimedia spin-off of Steve Reich’s 1988 Grammy-winning Different Trains.

It included a Kronos Quartet recording paired with a live rendition of Tears Apart, an original composition commissioned from Swedish electric string ensemble Fleshquartet, and an elaborate light and glass installation that functioned at times as an instrument. On either end of the theater there was a video projection. One unfortunate sequence by Forsgren featured American trains and death-camp-bound cattle cars, a strangely literal accompaniment to Reich’s Holocaust meditation.

Opening the next day was “Contact Point,” an interaction by actors, dancers, musicians, poets and writers (but curiously few visual artists) with the collections, facilities and audiences at the newly renovated Israel Museum, which debuted last year. This time, the one-night event, again organized by Nir Turk, a 36-year-old theater director and cultural event coordinator from Tel Aviv, was greatly expanded. His mission, he explained, was to “activate the museum” and “treat it as theater.”

“Contact Point” was a highlight of the JSOC, although to non-Hebrew speakers much was inaccessible. The ambitious program included guides who led personalized tours of the collection, a telephone number to call to speak with an art expert, and writers who worked on laptops to record their impressions of what a museum visit mean to them. Controversial speakers included Daniella Weiss, the former mayor of a West Bank settlement.

While at the Israel Museum, I took the opportunity to see “Sands of Time,” the 50-year retrospective of Israeli artist Micha Ullman. The Wedding-a striking, site-specific, 650-square-foot red sand floor installation that recorded the imprints of the faux-wedding’s furnishings and its guests’ footsteps-was created from the “negative space” made by Ullman throwing sand at some 100 volunteer wedding guests.

Foreign Labor, a performance that addressed one of the country’s major social and political issues, was given by a group of foreign-born dancers and choreographed around Ohad Meromi’s towering, iconic sculpture of an African immigrant, The Boy from South Tel Aviv (2001). Sigalit Landau, who represented Israel at this year’s Venice Biennale, gave a live radio interview in the vast outdoor Crown Plaza at the museum’s main entrance, anchored by Anish Kapoor’s shining Turning the World Upside Down, Jerusalem (2010). Live graffiti on light boxes scrawled and projected by Israeli street artist Broken Fingaz skittered across the same wall later-a tribute to William Kentridge, the subject of a survey of recent work inside the museum.

In early June, JSOC organized “Under the Mountain,” a series of events dedicated to alternative art. A new gallery, Yaffo 23, opened in association with Bezalel, Israel’s top art school, hosted the Merce Campus, a series of talks with the Cunningham dancers and crew. The large galleries are located above the grand municipal post office on Jaffa Road in downtown Jerusalem, not far from the eastern sector of the Old City. Jerusalem mayor Nir Barkat attended the now notorious opening of Yaffo 23 in October of last year, when some artists rolled on the floor, blindfolded with their hands bound, while other artists denounced Barkat’s introduction of Jewish settlers into Arab neighborhoods in East Jerusalem. Barkat called in the police and several participants were detained.

Walking the short distance from Yaffo 23 through the New Gate into the Old City, I called on Jack Persekian, recently let go as the director of the Sharjah Biennial. He’s also founding director of the Anadiel Gallery and the Al-Ma’mal Foundation for Contemporary Art in Jerusalem, the first independent space for contemporary Palestinian art. Al-Ma’mal’s current exhibition, “Newton’s Fourth Law,” featuring emerging Ramallah-based artist Wafa Hourani, was in the process of being installed.

Persekian had been invited to participate in JSOC but said, “I don’t want to have anything to do with the Israelis now, although I have worked with them in the past. When we talk of joint projects, we need to stand on equal ground. They can live their normal lives but for us on the other side, the occupation is a daily toll on the psyche.”

JSOC’s Mautner responded to Persekian’s complaint, “Our hearts and arms are open to artists of every religion and nationality… We remain hopeful that arts and culture will serve to build bridges of trust, mutual recognition and creative collaboration between all peoples in Jerusalem, the most fascinating city in the world.”

My last stop, on Sunday, July 17, was a visit to the Museum on the Seam to talk to founder and curator Raphie Etgar, who established the “socio-political contemporary art museum” in 1999. Housed in a building that was once an Israeli military outpost, it is located on the “seam” that, prior to 1967, divided East and West Jerusalem, and Jordan and Israel. The current show, “WESTEND,” is a provocative, visually arresting, multimedia international exhibition that opposed Western and Islamic ideologies. It includes familiar names like Gilbert & George, Thomas Hirschhorn and Martha Rosler. American artist Joshua Neustein shows one of his signature chandeliers, half lit, half in darkness; Moataz Nasr, from Egypt, shows a map of Iraq made of 7,400 matches called Under Fire (2008). Adel Abidin, featured in the Iraqi Pavilion at Venice this year (with Ahmed Alsoudani, also in this show) contributed a mirror image of the ubiquitous Coca-Cola logo in neon that suggests Arabic script.

The takeaway? The sprawling Jerusalem Season of Culture was a heady experience, not unlike Jerusalem itself. It seemed a gift to this intense, beleaguered city, showcasing Jerusalem’s more creative aspects while never forgetting the seriousness of its daily reality.

The Best Ashtrays Bring ’70s Sleaze To Your Living Room