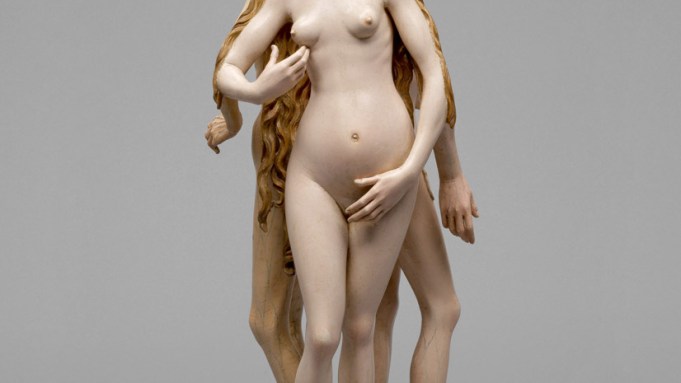 After more than a decade, during which it underwent renovation and the restoration of its objects, the famed Kunstkammer at the Kunsthistorisches Museum in Vienna reopened Mar. 1. With some 2,000 objects on display, the collection of works in precious metals and gemstones, ivories, sculptures, scientific instruments, clocks, game boards and other finely crafted items was amassed by various members of the Habsburg nobility over centuries. This is the first major reinstallation of the Kunstkammer since it initially went on view in 1891 in the mezzanine galleries—where it remains—of the newly constructed museum.

The Vienna Kunstkammer evolved from the late Renaissance notion of the cabinet of wonders. It originally contained, apart from works of art, curiosities of nature that have since been disbursed to natural and ethnographic museums, or vanished. Still, it remains the largest and finest of its kind-and one of the greatest decorative arts collections on earth.

The Kunstkammer’s history and the significance of particular objects have been clarified in the new installation. In place of the erstwhile jumble, smaller cases arrayed throughout the rooms and lit from above allow viewers to approach works from all sides and up close. Besides chronology, the arrangement takes into consideration such issues as the patronage of particular rulers and a colonialist trade that brought exotic new (and some believed magical) materials to those who could afford them. There are, for example, a ewer (1602) fashioned of a giant nut from the Seychelles, carved with delicate maritime reliefs; a goblet combining the horn of a white rhinoceros and the tusks of an African warthog (1611); and a tankard from around 1600 that incorporates a narwhal tusk once believed to be the horn of a unicorn.

One marvels at such feats as a writing case (1560–70) with small lidded boxes, each topped with actual animals and insects cast in silver; and a clock (1598–60) in the form of Diana riding a centaur that shot tiny arrows at revelers during drinking games. An 8-inch-tall bear (ca. 1580–81) in mixed metals, fitted with cunning gold-and-enamel hunting implements, aims a gun as if to shoot. Originally scented with ambergris, the creature contains a cup in its neck and carries a tiny detachable backgammon board.

In addition to those intricate works, there are also well-known figurative sculptures: a tender late Gothic sandstone Madonna and Child made in Prague (the Krumau Madonna, ca. 1400); a lithe bronze of the leaping Mercury by Giambologna (1529–1608); a chillingly lovely boxwood vanitas consisting of a trio of nudes-a young couple and a hag—to remind viewers of their mortality (from Ulm, ca. 1470–80); and a fresh-looking laughing boy in marble (ca. 1460/64) by Desiderio da Settignano.

The list goes on. But the heart of the Vienna Kunstkammer is indisputably the 10-inch-high Saliera (Saltcellar) of Benvenuto Cellini, the only surviving work in gold by the Renaissance sculptor and goldsmith, who produced it between 1540 and ’43 for the French king Francois I. Made of gold and enamel, ebony and ivory, the Saliera shows the earth goddess Ceres (with a small temple that holds the pepper) and the sea god Neptune (with a ship-shaped salt bowl) lounging nude on a base embellished with creatures of land and water and various personifications.

Gifted to Archduke Ferdinand II of Tirol in 1570, the Saliera is perhaps better known these days for its bizarre theft in May 2003. On display temporarily in the paintings galleries after the Kunstkammer was closed, the work was snatched by a security alarms salesman who had broken in via a scaffold on the exterior of the museum.

Sabine Haag, director of the Kunstkammer, recounts how, when she saw the broken case, she “just stood there and cried.” One thousand days later, after a failed ransom attempt, the Saliera was traced to the woods outside Vienna, where the thief had buried it in a lead box after keeping it under his bed for months. Except for a few tiny scratches, it was unharmed.

The Kunsthistorisches Museum was widely criticized for lax security, and Haag reports that the refurbishment has involved a rigorous new security system. “I can’t be specific,” she says, “but it is quite sophisticated.”

Glowing within its own case in a room with just a few other items, the Saliera allows viewers to test Cellini’s boast for his medium: “I say that the art of sculpture is eight times as great as any other art based on drawing, because a statue has eight views and they must all be equally good.” Closely examined by scholars over the past few years, it is seen to have indeed been fashioned by delicate hammering, as Cellini reported in his biography; the work is so refined that Haag and other scholars doubted that claim.