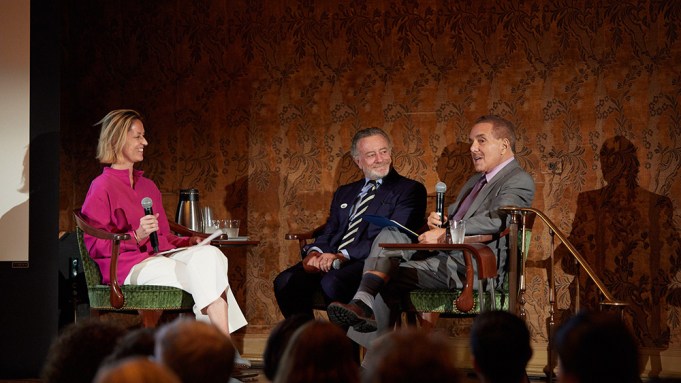 In November 1973, Walter De Maria wrote to his former dealer, Virginia Dwan, seeking funds to create a second, larger version of 35-Pole Lightning Field, a work of Land art that he had erected near Flagstaff, Arizona, earlier that year with Dwan’s financing but later dismantled. During her keynote lecture at “Collecting the ‘Uncollectible’: Earth and Site-Specific Sculpture,” a half-day symposium held at the Frick Collection, New York, on May 23, art historian Suzaan Boettger quoted from the letter: “I have come to realize that the land or earth movement as a whole is best advanced through fewer major statements rather than a profusion of smaller ones.”

Dwan turned De Maria down, but he eventually found another patron—the Dia Art Foundation—for The Lightning Field (1977), his monumental artwork in the western New Mexico desert. The artist also got his wish. As Kirsten Swenson noted in a 2012 essay in Art in America, any survey of twentieth-century American art will likely represent the movement with the same set of works: Robert Smithson’s Spiral Jetty (1970), Michael Heizer’s Double Negative (1969), and De Maria’s The Lightning Field, a triumvirate of “major statements” that have become synonymous with Land art as a whole. The symposium, which addressed the commissioning, collecting, and maintenance of large-scale outdoor sculpture, did not stray far from De Maria’s conceit, reducing the wide-ranging Land art movement to a few consequential practitioners and patrons.

Dia, which now administers two of these three sites (the Museum of Contemporary Art, Los Angeles, oversees Double Negative), as well as other monumental works like Nancy Holt’s Sun Tunnels (1973–76), located in the Great Basin Desert in Utah, and De Maria’s New York Earth Room (1977), was prominently represented at the symposium, reflecting the institution’s success in positioning itself as virtually synonymous with Land art and its administration. Aside from Boettger and collector Jarl Mohn, all of the speakers had direct ties to Dia: participants included the foundation’s director, Jessica Morgan; two Dia curators, Alexis Lowry and Kelly Kivland; and board chair emeritus Leonard Riggio. Another participant, curator James Meyer of the National Gallery of Art, recently served as Dia’s deputy director and chief curator. The lone artist speaker, Michelle Stuart, currently has a work—Sayreville Strata Quartet (1976), a set of monochromes made by breaking apart rocks from an abandoned quarry and vigorously rubbing the sediment onto muslin-backed paper—on long-term view at Dia:Beacon.

Since the late 1960s, the conventional narrative around Earthworks has been that they are difficult to access and experience in person because of their remote locations, and therefore difficult, if not impossible, to sell. Artists offered documentary materials for gallery display—maps, written descriptions, photographs—but these were considered poor substitutes for actual work. This notion went largely unchallenged during the symposium: The Earthwork was ordinarily bound to its place, Meyer said during his talk. “It was unmovable and therefore unexchangeable. It could not take on what Marx called exchange-value—it couldn’t be moved around, bought and sold.”

However, the land on which an Earthwork is situated can be sold in a real-estate transaction. Because Meyer and his fellow symposium participants focused narrowly on access and patronage, they sidestepped thornier issues of control. Smithson’s Broken Circle/Spiral Hill (1971), for instance, constructed in a sand quarry in the Netherlands as part of an outdoor sculpture exhibition called Sonsbeek ’71, remains in private hands. The quarry’s owner, Gerard de Boer, whose father agreed to host (and pay for) the work nearly fifty years ago, told the New York Times in 2017 that he wants to sell the business but also find a custodian for the artwork. The buyer of one may not be interested in the other.

Other works have even more complex ownership structures. Smithson’s estate gifted Spiral Jetty to Dia in 1999 but retains the copyright to the work. Neither institution owns the physical land, which the foundation leases from the Utah Division of Forestry, Fire, and State Lands. Meanwhile, Heizer executed his series “Nine Nevada Depressions” (1968) on government property near the Nevada-California border. Since Heizer created the works without permission, could he have been prosecuted for trespassing and vandalism? Do the “depressions” belong to the heirs of collector Robert Scull, who financed them, or, since federal land is publicly owned, to all Americans?

If their works couldn’t be easily sold, how did Land artists make a living? Someone had to fork over cash for the machinery and materials necessary to create these works. Two names came up repeatedly: Virginia Dwan, who was scheduled to speak at the symposium but ultimately didn’t appear, and Scull, who died in 1985. Whereas Dwan’s position as an independently wealthy gallery owner enabled her artists to operate on a grand scale, Smithson’s next dealer, John Weber, was a man of lesser means who, in Boettger’s words, “did not give grubstakes for Earthworks.” Though none of the speakers at “Collecting the ‘Uncollectible’” admitted it, their presentations clearly privileged subsidized, completed works over proposals. Artists unaffiliated with Dwan or Scull—such as Dennis Oppenheim, Will Insley, and Terry Fugate-Wilcox, among others—devised plans and built scale models for outdoor sculptures that, due to a lack of funding, were never fully realized.

During her conversation with Dia curator Kelly Kivland, Michelle Stuart said that although her German dealer connected her with collectors, she scraped by on public grants and private fellowships throughout the 1970s. She depended on voluntary labor to complete Niagara Gorge Path Relocated (1975) for Artpark in upstate New York and worked with a miniscule $2,000 budget to complete Stone Alignments/Solstice Cairns (1979) in Oregon. In contrast, better-known male artists encountered fewer restrictions and reaped larger rewards. Heizer has worked on City, a massive installation in the Nevada desert, for forty-seven years, accepting millions of dollars from collectors and institutions, including Dia. Boettger noted that James Turrell’s Roden Crater is a “cash cow” that, since the mid-1970s, “has received funding from the NEA, every major foundation, [and] many private collectors such as Count Panza.” Kanye West gave $10 million to Turrell last December. Despite this lavish support, both City and Roden Crater remain unfinished.

Even when artists managed to find sufficient funding to execute their plans, these works require ongoing maintenance, as conservator Rosa Lowinger made clear when describing her firm’s efforts to preserve concrete boxes by Donald Judd in Marfa, public sculptures by Roy Lichtenstein and Ann Norton in Miami, and Holt’s Sun Tunnels. Whereas Holt consulted a team of experts in various fields (including astronomy, construction, and engineering) when planning her work, other artists were less concerned with longevity, making efforts to preserve them more complicated. Sabato “Simon” Rodia, for instance, erected his Watts Towers between 1921 and the mid-1950s idiosyncratically, with no central plan or style. The City of Los Angeles now owns the work and the Los Angeles County Museum of Art is its steward. “They have a permanent team onsite,” Lowinger said, “just to do constant maintenance” on a work that cannot be brought “to a state of equilibrium.”

Many works of Land art, such as Stuart’s Stone Alignments/Solstice Cairns, were never intended to last. For others one must ask: when does the perpetual cost of care exceed an artwork’s value? In other words, when does an Earthwork become a money pit? Though patrons like Dwan and Scull helped artists to realize ambitious projects, Land art also encompassed many other smaller-scale gestures that lasted for hours or days, not for decades. Because the symposium focused so narrowly on these Dia-approved figures, it felt more like a consolidation of the foundation’s influence over the movement’s history than a diligent exploration of collecting difficult art.