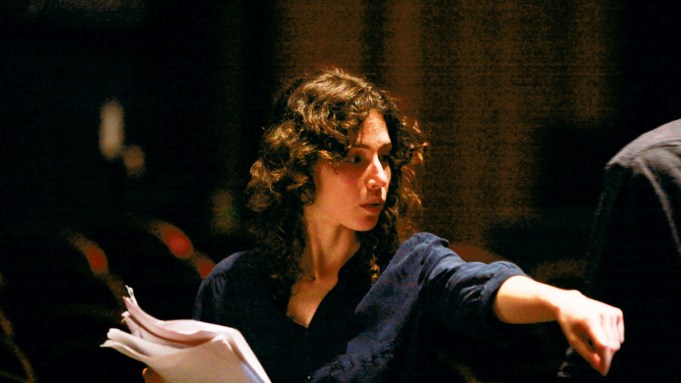 IN THE FALL OF 2009, after my first solo show received some attention, I began to get interview requests. Something about this demand made me recoil at first. I suppose it provoked performance anxiety, yet it also sparked a perverse fascination. The interview scenario seemed so contrived and artificial. It calls upon artists to stand outside their work and articulate their “real” intentions.

At a time when “the real” must be bound in quotes, the appetite for the interview and its pursuit of authenticity has paradoxically intensified. The pressure on artists as well as politicians and other luminaries to display the true meaning of their work has only increased.

American political journalists invented the interview in the mid-19th century.1 Before the 1860s, even directly quoting politicians was unheard of. The political interview emerged as a new egalitarian discourse between public figure and reporter. Initially, Europeans found the interview vulgar because it undercut the reverence traditionally accorded to public figures. The status of aristocrats and politicians had been predicated on distance and propriety. This decorum was suddenly under siege by a democratic revolution that sought to undermine the preeminence of power. It was no longer sufficient for a person to fulfill his or her official role; now you also had to construct a substantial inner self to be exposed—to be performed—for the public. The interview helped transform the politician from a superior into a social equal.

Today, the interview positions the artist—who experienced similar transformations in the 20th century—as the reality behind the work. The interview is the document of a highly cultivated presentation of self that ultimately assumes the form of a written script. With this form in mind, I turned one of my first interviews into a project. The curator Christopher Lew, with whom I had worked on my MoMA PS1 performance, Flight, in April 2010 [it was performed again in Times Square, 2011], suggested doing a magazine interview. Since he knew all of the performers involved in that project, I proposed a collaboration: seated in the bleachers of an empty amphitheater in downtown Manhattan, we conducted a group interview with the entire cast. The interview was then transcribed, edited and reenacted on the amphitheater’s stage before a sparse audience of passersby. The results were published as a theatrical script called InterAct on the Art Journal website, complete with stage directions.

Shortly thereafter, I came upon a peculiar interview of Sarah Palin by the conservative pundit Glenn Beck. It was supposedly their first meeting, and Beck began by telling Palin, “I want to read you what I wrote about you in my journal last night.” It sounded so contrived, like an adolescent come-on. There was a strange contradiction between its private premise of intimate dialogue and the very public conditions of its reception.

I Feel Your Pain, my recent project for Performa 11, opens with an adaptation of that Beck/Palin interview. The dialogue is recast as a lovers’ discourse between two wide-eyed activists on a first date at the movies. I wanted to restage this extreme contradiction of Beck reading from his journal, this manipulative disclosure of personal feelings, in a context that is anything but intimate. I decided a movie theater was the appropriate setting because of its paradoxically collective dimension: it’s a public space in which audience members gather to have individual experiences of the private dramas unfolding on-screen. The performance was staged in an actual movie theater, in the midst of the audience. Eight actors performed a sequence of scenes tracing the progression of a romantic relationship using dialogue adapted from dozens of political interviews. As the actors performed, footage captured by three roving cinematographers was projected onto the screen in a continuous live feed. I acted as real-time editor to produce and screen the film as it was being performed.

Today, distinctions among cinematic, personal and political modes of behavior have collapsed. The performances we see on film and television shape our own actions. There has been an increasing demand for politicians to display their personal political convictions to a national agenda by revealing themselves. The politician performs a sort of rupture, and we see who they really are. This supposed breach of decorum is now being highly produced in order to orchestrate public opinion. These conditions are embedded in the interview’s form, and I wanted to bring them into high relief.

In an era when the authentic self has been so thoroughly deconstructed, our demand for authenticity seems only to grow. The pervasiveness of the interview corresponds to this ever-increasing desire. But the interview is perhaps better understood as a transformative instrument that produces its subjects as much as it reflects their intentions. Sociologist Erving Goffman once wrote that “[the self] is a dramatic effect arising diffusely from a scene that is presented.”2 In the interview, the “scene” is both a commentary on one’s public performance and a performance in its own right. Yet if the self is a result of the performance, then we don’t stage the interview so much as the interview stages us.

In its prevalence today, the interview has often become a site where public life is supplanted by sentimentality, personal disclosure and political demagoguery. My recent work aspires to put these operations on display and in so doing to restore some of the interview’s early democratic potential. Rather than offering the “reality” behind public life and public lives, the interview could become a space where people are challenged and transformed.

1 For the origins of the interview, see Paul Starr, The Creation of the Media: Political Origins of Modern Communication, New York, Basic Books, 2005. There was also a useful radio interview with Starr in August 2005, on NPR’s “On the Media,” archived at onthemedia.org. ]