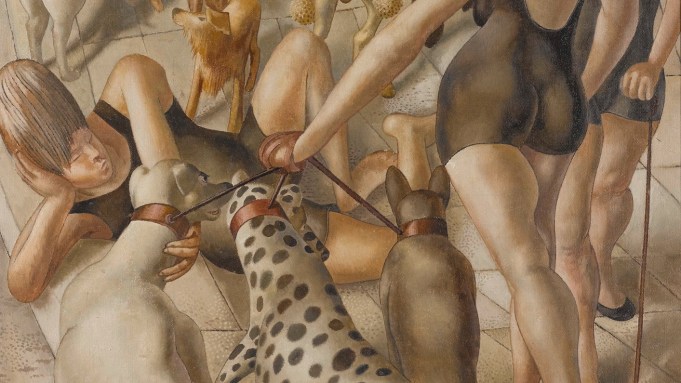 Sotheby’s recently announced a special evening sale of the Evill/Frost Collection in London, on June 15. An extraordinary group of 20th-century classics by Henry Moore, Lucian Freud, Stanley Spencer, Barbara Hepworth, Graham Sutherland, Paul Nash, Patrick Heron and others, the collection is expected to generate over $20 million. The works are being sold by the estate of Honor Frost to benefit charitable causes related to marine archeology.

The late Wilfrid Evill, a noted London-based solicitor and former buyer for the Contemporary Arts Society, acquired the works for his personal collection, mostly between 1925 and 1960. For a time, he was the legal representative of a number of the artists he collected and admired, including Freud, Spencer and Sutherland. He developed an especially close friendship with Spencer, and acquired a number of key works over the years.

After Evill’s death in 1963, his long-time ward, Honor Frost, inherited his estate. Evill raised Frost from childhood, after both her parents died. She studied art and became a designer, and was later the head of publications at the Tate Gallery. Frost carefully preserved the collection as well as Evill’s archives, but rarely loaned works for exhibition.

Frost’s true passion was diving and underwater archeology and she authored several books on the subject. She initiated some of the first archeological explorations off the coast of Alexandria. She died last fall, age 93, leaving in her will provisions in support of continued work in the field.

Among the key works offered in the sale are Spencer’s well-known Workmen in the House (1935), est. $2.5–4 million), and a later satirical piece, The Bathing Pool, Dogs (1957). Sutherland’s 1946 Crucifixion (est. $325,000–$500,000) is a rare study for his landmark Northampton Crucifixion (1946), with its extremely distorted figure painted as a memorial to victims of World War II and the Holocaust. Evill was an early champion of Freud’s work, and among the lots on offer are two refined drawings from 1944: Boy on a Sofa and a meticulously wrought seascape, Boat on a Beach, each estimated at $650,000–$1 million.