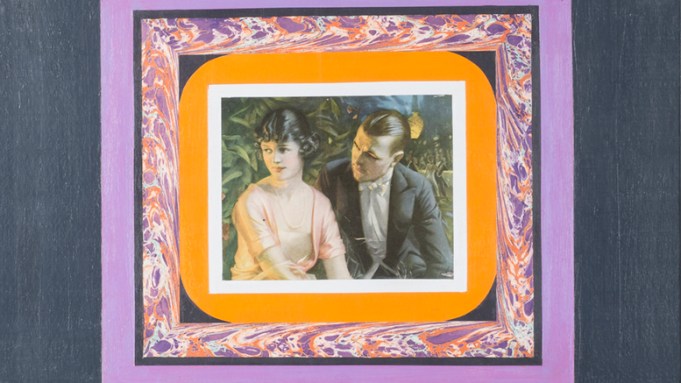 As 2018 draws to a close, we asked a handful of experts to pick the most memorable new photography books that they encountered this year. Our respondents are Lucy McKeon, associate editor at the New York Review of Books’s NYR Daily; Leah Ollman, a corresponding editor for A.i.A. who wrote on artists working with expanded notions of photography’s materiality in 2017; Kristen Lubben, executive director of the Magnum Foundation; and artists Paul Mpagi Sepuya and Carmen Winant, both of whom were included in this year’s edition of New Photography at the Museum of Modern Art in New York. —Eds.

Sometimes I come across an older artist, someone who worked in another era, whose work resonates with my own. It’s a pleasant surprise, sort of like discovering a new ancestor. I had such an experience twice this year. This first was when I saw the photo-based collages of Ralph Arnold, who worked in Chicago from the ’60s through the ’80s. He was engaging with big public events like the Civil Rights protests, but at the same time he was relating this to questions of sexuality and gender. He put desire alongside politics. I’d recommend the monograph “The Many Hats of Ralph Arnold: Art, Identity & Politics,” published to coincide with a big show at the Museum of Contemporary Photography in Chicago. My other discovery was the wonderful self-portraits Janice Guy made as a student back in the late ’70s, which have now been collected in book form for the first time. I’ve long known Janice as one of the founders of Murray Guy gallery, but I had no inkling that she once practiced photography. She used a mirror in her work, which is a technique I also use. And it’s things like this that remind me that there is nothing “new” in art. We are always just picking up where someone else left off, even if we never knew them.

There are many things I admire about Laia Abril’s book On Abortion. In this book about the history and effects of restricting abortion access, she uses photography in multiple ways. There are straight portraits and re-creations of past scenes. Some images recall the lightbox displays found at natural history museums, and others blurred ones evoke women who died of botched abortions. Abril insists on putting the oppression of women at the center of her work. She dares us to look up close at frank depictions of violence. Importantly, Abril works in the long term, considering art practice as a networked continuum. On Abortion is from an ongoing series titled “The History of Misogyny”; her next project is titled On Rape Culture. Unlike so many contemporary artists who vault from show to show, Abril works through exposing complex problems with patience and sensitivity. In her book, and across her practice, Abril has something to teach us all.

Deana Lawson makes luxurious photographs, whether she is depicting a domestic and quiet scene, or one animated by the vibrancy of the pose. Her new book features intimate pictures she shot around the US and on trips to the Caribbean and Africa. The most striking for me are those of couples, partially or fully nude, surrounded by lush greenery as if they too had sprouted, glistening, from the ground. Primary to Lawson’s images, of course, is the notion of who is valued enough to be memorialized—to be documented, pictured, seen. She orchestrates her scenes in a manner that calls to mind a range of works that situate black subjects in classical art contexts, from Kehinde Wiley and Kerry James Marshall’s paintings to Beyoncé and Jay-Z’s “APES**T” music video. Above all, her photographs convey a visceral affection and respect for her subjects—a mutual recognition that stems from Lawson’s intuitive ability to “see deeply,” to reference Dawoud Bey’s brilliant book, also published this year.

What matters to Klea McKenna registers immediately when you take her book, Generation, into your hands. For her, touch is on a par with vision. Surface and image are inextricable. McKenna works in the dark, embossing light-sensitized paper through pressured contact with objects, then exposing the textured sheets to the raking beam of a flashlight. In the past, she has made such “photographic rubbings” using the cross-sections of trees; in Generation, she uses different types of handmade fabrics, from a fringed Spanish shawl to an embroidered Pakistani dress. Some of these photograms are included in the book, along with a text in which McKenna reflects on the material history and intimate use of the textiles. Also included are montages of reference photographs, old and new, ethnographic, cinematic, and vernacular. Like the fabrics, like skin, the book’s cover has a distinct life—the cover of my copy will not look or feel like the cover of yours, since a unique one has been created from the residue of the making of the work for each edition in the limited print run. In case we needed the prompt, the inside back cover is stamped with the directive: FEEL ME.

Zanele Muholi’s first well-known body of work, Faces and Phases, is an extensive archive of portraits of queer and trans people in South Africa. Drawing on traditions of African portraiture and documentary practice, that ongoing series is both a loving celebration of the artist’s own community as well as a profound gesture of protection for people who are subject to violent erasure. There has since been a fascinating shift in Muholi’s work toward dramatically staged self-portraiture, the subject of Somnyama Ngonyama, Hail the Dark Lioness.This gorgeously produced monograph features one hundred images in which Muholi again considers the black body, the body “that is ever scrutinized, and violated and undermined.” In each frame, the artist’s arresting gaze pierces through an elaborate self-adornment with everyday items: clothes pins, scouring pads, duct tape, or prison blankets become guises that are resonant with symbolic meaning and evoke specific histories. The book includes short texts by over twenty collaborators—not explanatory essays, but personal and historical reflections, each contribution presented in silver type on matte black paper, complementing the striking high-contrast shimmer of the portraits. Muholi is one of the most significant artists working in photography, and this monumental book demonstrates the intense originality and ambition of their vision.