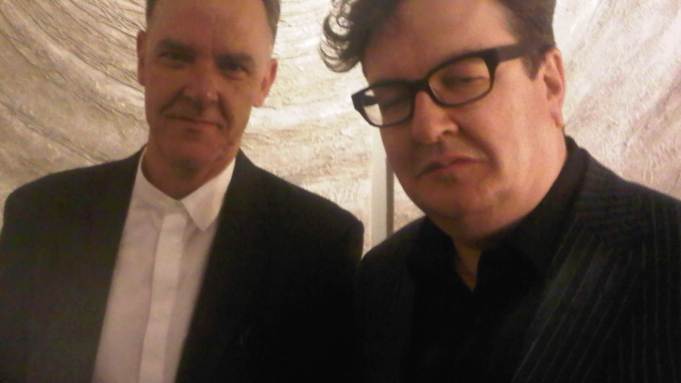 “We sold the work even before the VIPs were let in,” Adi Gura, director of Tel Aviv’s Braverman Gallery, told A.i.A. of this year’s LOOP Barcelona. This seemed unlikely on the eve of a video fair-particularly one in Barcelona, scheduled to run just fifteen hours over three afternoons (May 19–21, 4–9 PM). Pre-preview sales are only really reported for Art Basel and Frieze, but nonetheless, the 43-gallery-strong fair, in its ninth year at the Hotel Catalonia, seems to be doing something right. Back in Berlin, Ivo Wessel, a fair regular and media art collector, sang LOOP’s praises, saying, “The focus is on the work, not on the people.”

Annet Gelink of Amsterdam and Xippas, from Paris, were two other international heavyweights who tested the waters for the first time this year. The latter’s director, Carlos Cardenas, reported “a more connoisseur-heavy crowd than expected,” made up of approximately 40% French collectors.

Hotel Catalonia is situated directly in the city center, near Las Ramblas, Barcelona’s number-one boulevard for tourists and thieves.

French video collector Jean-Conrad Lemaître, president of the selection committee and in charge of the fair’s VIP program, promotes the fact that “at LOOP, you watch videos as you would at home, with a specific kind of intimacy.” Yet few galleries made use of the hotel setting; most didn’t allow viewers to watch films from bed. Exceptions included Geneva’s Analix Forever, which showed Ali Kama’s climactic video of a real-life clerk stamping sheets of paper rhythmically at an astonishing rate, culminating in an exhausting bout of sex. At Xippas, Cao Guimaraes’ Sculpting (2009) was installed facing the bed, suggesting viewers get in to watch the surprisingly erotic movements of water on a boat’s chain.

Some videos were projected on the floor, like Àngels Barcelona’s premiere of Michael Snow’s In the Way (2011). Other galleries replaced the bed with chairs; Christopher Grimes Gallery, from Santa Monica, even installed a row of cinema seats and handed out 3-D glasses for the 3½-minute premiere of Marco Brambilla’s Evolution (Megaplex), 2010.

There are drawbacks to hosting an art fair in a hotel, and one of them is the available hours. “The fair doesn’t open until 4 PM because the artists and gallerists are still asleep in the rooms that later will be transformed into the video-booths,” a friendly receptionist informed A.i.A.

“LOOP is good for networking,” Gerardo Peral, coordinator of the ArtAids foundation, located in Barcelona, told us, as we passed in the lobby, where art professionals fanatically dealt with business cards-the fair’s most valuable currency. “Sales are not easy because as a gallery you only present one work by one artist,” Glòria Pou told us. Nevertheless, most gallerists felt amply compensated for the slow sales by the connections made, especially interest from museums and other institutions. Even Olivier Meesen, of MSSNDCLRQ, Brussels, looked content, although he hardly expected to sell Jordi Colomer’s Levittown (2011), priced at 28,000 Euros in an edition of five.

As I left the hotel lobby for the last time, I knew I would see many of the gallerists again at next month’s Art Basel. Somehow the situation reminded me of the Eagles: “You can check out any time you like/But you can never leave.”