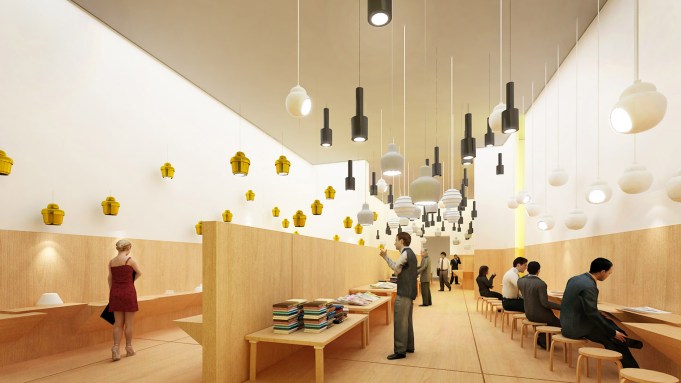 In recent years, the Venice Biennale in collaboration with the Venice Municipality, the Italian Ministry of Culture, and successive Directors of the Biennale itself, has been engaged in careful planning to expand, consolidate, and clarify the spatial remit of the Biennale. Their ambition, in the words of Biennale President Paolo Baratta, is to “reestablish the world primacy of [the] International Exhibition.” That this so-called world primacy could ever have been in doubt is a product of the globalized expansion of the contemporary art network and the dizzying array of new, frequently progressive biennial/ triennial models,  not to mention the increased dominance and ‘gravitas’ of various art fairs. Notable in reviews of the last Biennale — a much maligned staple of the rather portentously titled Grand Tour — was a sense of ennui with the whole tired affair: unable to compete with the glitz and sheer market abandon of Art Basel 2007 in Switzerland, the Biennale lacked the discursive street cred to compete with Documenta 12 in Kassel. In these uncertain times, however, it is likely that people will warm up to the Biennale again, just as they would an old wine bar that is great because, well, it is still there (and the management just installed new lighting).

The core building block of each Biennale is the messy interplay between the main exhibition, this year curated by Daniel Birnbaum, and the national pavilions exhibiting representative artists chosen by each nation’s appointed commissioning team. The traditional home of the Biennale is the Giardini, the Napoleon-era municipal gardens found in the Castello district to the east of Venice’s southern waterfront. The Giardini contain 30 national pavilions, most built in the 1930’s at a time of no small nationalistic fervor in Europe and elsewhere. Known as the ‘permanent pavilions’, they include representation from America, Britain, Germany, Brazil, Australia, Egypt and many more. The Italian Pavilion, occupying the main approach to the gardens, is by far the largest, and has functioned in neo-classical austerity as a principal home to the ‘main exhibition’ for many years.

As the Biennale expanded, (this year there are a record 77 pavilions and 44 sanctioned collateral events), the limitations of the Giardini became inescapable. Thus, since 1999 the Venice Biennial has engaged in a restoration program on the east side of the Arsenale, a legendary ship building district to the north of the Giardini. Once the engine of Venice’s maritime empire, the expansion has opened up the naval buildings of Artiglierie, Corderie, Gaggiandre, Isolotto and Tese making available over 17, 000 square meters of exhibition space.  In recent years the Arsenale has been a second key venue for the ‘main exhibition’, and, like the Giardini, it also hosts a number of pavilions and collateral events. Anything that takes place within the two areas is ticketed; otherwise, such attractions are  free and open to the public.

This year sees the introduction of another major structural change. Thanks to a deal with the Venice Municipality, the Italian Pavilion in the Giardini will for the first time be available for ongoing use. Renamed the Palazzo delle Esposizioni della Biennale, the building, which normally is returned empty to the city after each exhibition period, will be the Biennale’s first ever site for the development of what Baratta refers to as “long-hoped-for permanent activities”. It will become a center that integrates within a discrete space the various year-round commitments of the Biennale including not just the visual arts, but architecture, dance, cinema, theatre and music. Perhaps the most important aspect of this restructuring is a new home in a restored wing of the building for the library of the Historic Archive of Contemporary Arts (ASAC). Without a public home for the last ten years, the library will be open year-round to Biennale visitors and Venetians alike, affording access to its resources and offering a pedagogical ambience that no doubt will be exploited by various artists in the coming years.

The building will also house a new expanded bookstore, an education center with multi-media capabilities, and a café/bar. After fitting these spaces out “from a technical point of view”, Baratta asked Birnbaum to invite artists to design the respective layouts. Three men were chosen: Massimo Bartolini for the education center, Rirkrit Tiravanija for the bookstore and Tobias Rehberger for the café/bar. The last two are partly associated with similar strategies in 90s art in which artists created dedicated spaces for social interaction. In a recent interview with Artforum‘s Tim Griffin, Birnbaum tries to evade comparisons with passé tropes of Relational Aesthetics (passé, that is, within the relentless superficial economy that determines the onward march of biennial history). Au contraire exclaims Birnbaum, rather than being a “reality game” as with the “social engagements” of the last decade, these works constitute “reality itself this time.” Rehberger is not, he goes on, “making some meeting place where you can sit down and eat, but an actual cafeteria.” Elsewhere, Rehberger puts it like this, “I am not actually designing the bar-cafeteria in the Palazzo delle Esposizioni. The sculpture I am making, which is based on a dazzle painting, is the bar-cafeteria.” Within the sometimes disorientating splendor of the Giardini, the newly renovated Palazzo delle Esposizioni should provide a steadying fulcrum for visitors. Usefully, the white-block-lettered ‘Italia’, which used to adorn its façade have been replaced by the more expansive ‘La Biennale’.

Over at the Arsenale, the other major structural change ready for this edition of the Biennale is the expansion of the Paddiglione Italiano, now the Italian Pavilion at the Tese delle Vergini. The space has been expanded from 800 square meters to 1,800 square meters, and is now the permanent home for Italian national representation within the Biennale. This year’s Italian exhibition, Tests. Homage to F.T. Marinetti, is curated by two conservative art critics: Luca Beatrice of Libero and Beatrice Buscaroli who writes for Silvio Berlusconi’s Il Giornale. Appointed by the Italian Ministry for Cultural Affairs, the critics, according to a recent piece in Frieze, have refused, for instance, to exhibit any Arte Povera artists because they are ‘alien to our history’. Featuring about 20 artists, the exhibition, according to the curatorial statement, has been organized with “close attention to the works” made especially for the exhibition, and “not to the simulacrum of the work or the artist’s name.”  No doubt there will be plenty of this kind of ‘simulacrum of the work’ at play elsewhere in the Biennale.

One of the advantages of the expansion of the Italian Pavilion is it has led to the opening up of the Giardino delle Vergini (the Garden of the Virgins), which Birnbaum is using to focus the works of a number of artists such as Miranda July, Simone Berti, Lara Favaretto, Dominique Gonzalez-Foerster, Tamara Grcic, Miranda July, and Koo Jeong A. According to Birnbaum, the area “opens up a new atmospheric universe for the exhibition.”  It is “full of surprises and provides a uniquely poetic backdrop for artistic interventions.” The pedestrian traffic flow from the Arsenale to the Giardini and the rest of the city of Venice will be greatly aided by a new bridge between the Giardino delle Vergini and the Sestiere di Castello. This will also provide a new access point to the Arsenale, via the Italian Pavillion and should have a positive long-term impact for visitors to the exhibition. As Baratta has noted when the collateral events, national pavilions and even the additional, non-official, Biennale-aligned events such as the opening of Francois Pinault’s new exhibition space Punta della Dogana, are added up, it becomes clear that in addition to the Arsenale and the Giardini there is a third de facto venue for the Biennale: “the city of Venice itself.”

Since American curator Franceso Bonami’s ambitious ‘distributed’ Biennale in 2003, the  exhibition models pursued by successive directors have represented something of a conservative retrenchment. Whether Birnbaum, a popular art world insider, will represent a break from this period is up in the air, especially given the rather flim flam title and premise of his exhibition Making Worlds // Fare Mondi // Bantin Duniyan // … (the premise of which can be summed up as ‘artists make worlds’). No one can yet predict with any accuracy how this Biennale will stack up against previous ones, what will feel present and contemporary, what will be remembered 10 years from now. Will the 53rd Venice Biennale, in the sole criteria for measuring value beloved of Dick Cheney, be ‘consequential’? Before we even get to the exhibition proper, the long term impact of the new structural innovations for future editions would seem to imply that the answer is: yes.