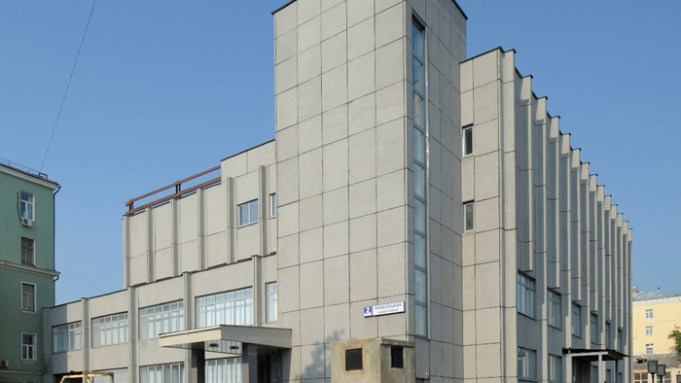 Russian art center owner and heiress Maria Baibakova is racking up frequent flier miles these days, not that she needs them. (Her father is mining oligarch Oleg Baibakov.) While traveling this year, the 24-year-old founder of Baibakov Art Projects, a private, non-profit contemporary art center in Moscow, has scoped out art scenes in India; Cairo, Egypt; the UAE; and Cape Town, South Africa. Baibakova said she sees similarities between developing art scenes in the places she’s visited and in Moscow, a city that’s not exactly thought of as a contemporary art destination, though Baibakova would like to make it one. One similarity: a need to cultivate better-informed audiences.

“I face a personal challenge all the time when programming my space,” Baibakova said, “because I’m basically torn between two different audiences: A Russian audience with a very, very basic understanding of art and a global audience that is watching what I’m doing.”

Baibakova started Baibakov Art Projects in 2008, at 23, armed with art history degrees from Barnard and the Courtauld Institute of Art. Prior, she’d apprenticed at various art world institutions in New York and London, an acquired curatorial experience closer to home as well: She advises her father on his considerable collection of Warhols, Hirsts and Gurskys. In interviews, she bristles at comparisons to other young, culture-savvy Russian socialites, particularly Dasha Zhukova. Zhukova, the girlfriend of Roman Abramovich, Pop magazine editor and sometime fashion designer, who also in 2008 founded a contemporary art space in Moscow, The Garage.

Baibakova has worked to program BAP with exhibitions that provoke and draw attention on their own: solo shows by Luc Tuymans and Paul Pfeiffer, and a group show of top American artists including Wade Guyton and Walead Beshty.

The May opening of a new, permanent home for the center can be seen as part of a campaign to be taken more seriously by the ever-watching global audience and to draw in the local one. A reconditioned Soviet cultural house, the new space is spartan, with floors, walls and ceilings all made of cement. The most decadent thing is the sheer amount of space: 13,000 square feet of exhibition space, plus sculpture gardens, a lecture hall, an open rooftop.

When Baibakova started her art center – then housed in a former Soviet chocolate factory that had hosted a Larry Gagosian exhibition of 70-plus artists that fall – it sounded like a pet project bankrolled by Dad. In some ways, the art center can be seen as very much about Baibakova herself. Baibakova comes off headstrong and singular in her mission to make over the Moscow art scene, in her vision. On the surface, there’s the fact that the art space takes the “Baibakov” name. The center’s web site features a desktop-wallpaper-size photograph of the founder-curator in the “About” section.

“I feel like it’s important to invest in my culture, almost like a duty,” Baibakova said. “I see a lot of value in it. My efforts in Russia will create a more dramatic change than efforts in a place like New York.”

What draws the most visitors to museum and gallery spaces in Moscow—which can be said just about anywhere—is what’s pop and popular. Baibakova points out that the most visited show in the city last year was an exhibition of Christian Dior fashion photos at the Moscow Museum of Modern Art. Less attractive to locals, then, was the Paul Pfeiffer solo show in fall 2009, at Baibakova’s former space at Red October Chocolate Factory. She says local audiences didn’t “get it.”

Baibakova is trying to court as well as develop them. At the Red October Chocolate Factory, visitors to the art center took home chocolates in artist-designed wrappers and show posters. At the new BAP location, there will soon be a study space featuring a library of e-books on artists participating in shows. An outdoor piece that is part of the inaugural exhibition at the new location, Perpetual Battles, also has a crowd-drawing functionality. Some of the skateboarders who have come to use the Raphaël Zarka-built ramp have come in to see Perpetual Battles, Baibakova said. But just the energy created by these otherwise unlikely visitors has been good for the art center, and contributing to the idea that contemporary art in Moscow can be for a broader demographic.

“It’s an art object, but they’re using it as a lifestyle [object],” Baibakova said. “I think, globally, the experience of seeing contemporary art is a lifestyle thing, and not just an intellectual thing.”

Perpetual Battles, open through July 25, features works by Zarka, Cyprien Gaillard, Saadane Afif and other artists dealing with themes of violence manifest in society, said Baibakova, who curated the show with Kate Sutton and Jean-Max Colard. Though the curators began planning it a year in advance, Baibkova said the program eventually grew to complement the space and vice versa. Moroccan-born artist Latifa Echakhch performed at the opening a piece called Stoning, where she literally pelted the gallery’s walls with stones.

Echakhch’s piece comments on stoning as a still-accepted punishment in parts of the Middle East. But Baibakova was also fascinated by the idea of a cultural house under attack; the building originally had a bunker downstairs. “I wanted to bring that to the surface and allow the artists to take that on,” she said. “When we were building the space [we were] building it with the show in mind.”

BAP’s new exhibition, “032c WORKSHOP REPORT No. 1 (MOSCOW),” a collaboration with the Berlin-based magazine 032c, opens today. Co-curated by the magazine’s founder-editor Joerg Koch and Baibakova, the show blends fashion, design, media and contemporary art. Work as diverse as etched porcelain tableware by Carsten Höller, and what could be called Rick Owens’ textile-based take on Real Socialist modernism, will be displayed on special-edition metal tables by Konstantin Grcic. The tables will sit on carpets made by Missoni for the exhibition.

Think of it as tastemaking with a serious intention. The 032c show is about moving away from a Soviet legacy by confronting images and designs of the past and reinterpreting them. The art works draw on East German monument motifs and 1920s Russian utopian ideals, among other pieces of history, to generate conversation about the present. That this show involves such recognizable brands and designs—the Missoni chevron, Grcic’s “Diana” tables—perhaps indicates that even if we do not live by what a regime dictates, we live by what others say is in good taste.