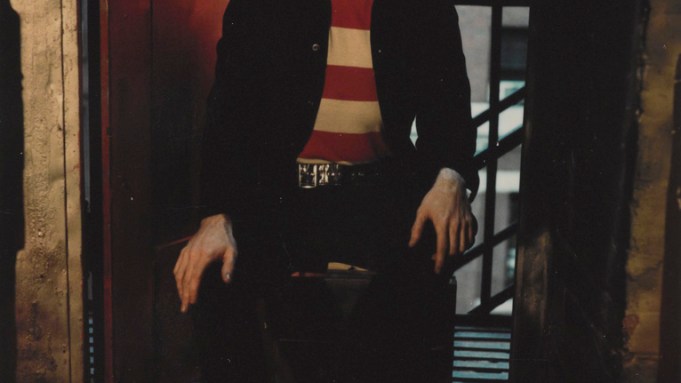 With the opening of “Marie Cosindas: Instant Color” at the Amon Carter Museum of American Art in Fort Worth (Mar. 2–May 26), North Texas is a terrific spot to get a sense of the history of photography. Two exhibitions follow in March: the Amon Carter’s “Big Pictures,” which reveals the surprisingly early appearance of the very large photographic prints we think of as a contemporary phenomenon (the first works in “Big Pictures” date from 1867), and the blockbuster Cindy Sherman retrospective that originated at MoMA in 2012, which arrives at the Dallas Museum of Art on March 17.

Organized by John Rohrbach, the Amon Carter’s senior curator of photographs, in conjunction with the artist, the Cosindas exhibition is the first major show of Cosindas’s groundbreaking Polaroid prints in over 40 years. Although largely unknown today-a result of both her reluctance to loan her one-of-a-kind prints and the fact that her work has not followed the fashionable course of photography—Cosindas is something of a cult figure in the history of color. As Rohrbach told A.i.A., “Cosindas understood the emotional power of what color could bring as a descriptive force—not color itself but as an additional way of describing the world. In that sense, she’s an important precursor to William Eggleston, Cindy Sherman, and the photographers that came thereafter.”

Born in 1925, the eighth of 10 children in a Greek-American family living in Boston’s South End, Cosindas studied at the city’s Modern School of Fashion Design and worked as a commercial artist, designing textiles, making plaster museum reproductions, and so forth. She aspired to be a painter (she had also attended the Boston Museum School in the 1950s and painted impressionistic, abstract still lifes) and saw photography as a way to make design notes.

In Marie Cosindas: Color Photographs, a monograph published by the New York Graphic Society in 1978 with an introduction by Tom Wolfe, the writer lists her last job, in 1960, as “designing children’s slippers with animal faces on them to go with matching hand puppets.” In 1961, through photographer acquaintances in the Boston area, Cosindas went to the Yosemite Valley to study with Ansel Adams. While Adams, it has been noted, had the uncanny ability to look at anything and see only shades of dark and light, Cosindas was the opposite. “You shoot in black and white. But you think in terms of color,” he told her; he gave her a tan filter that reduced everything to black and white through the viewfinder. But Cosindas could not be broken—she would often restage black-and-white still lifes to shoot in color.

In 1962, when Edwin Land’s Polaroid company was looking for photographers to test its new Polacolor instant color film, Adams recommended Cosindas, and her prints astonished both Polaroid technicians and viewers all the way up to the influential curator John Szarkowski at New York’s Museum of Modern Art. He gave Cosindas her first solo show in 1966, one of the museum’s first to feature color photography, 10 years before the Eggleston show, also at MoMA, that is often cited as a landmark in the medium’s legitimization as an art form. This was followed by solo shows at Boston’s Museum of Fine Arts, the Art Institute of Chicago, and Italy’s Spoleto festival in 1967.

When Szarkowski first saw Cosindas’s Polacolor prints, he said, as quoted in many accounts of this storied encounter:  “I don’t mean to sound blasphemous-but they look like paintings.” This was due to both her formally composed portraits and still lifes and her obsessive process: Her primary tools were a secondhand Linhof camera, a tripod, and Polaroid’s 4×5 film, but she also used a range of colored filters, variations in exposure and development times, and extreme temperature fluctuations in her studio, finding that warmer temperatures yielded warmer colors. Her favorite light was “afternoon daylight on an overcast day from a north window” (this according to Wolfe), but she exhausted all options there, too. Cosindas would leave sessions with a pile of 20 or 30 Polaroids, keeping at one subject until she got the results she wanted: Her work in Polacolor was an ad for the potential of the film, which she said granted her “an entire darkroom in the palm of my hand.”

Rohrbach was led to Cosindas’s Boston home while researching the rise of color photography. Over time, he proved his devotion and worked with the photographer to select 40 of her prints from the mid-’60s to the mid-’90s. “Instant Color” features Cosindas’s “Dandy” series (Warhol in stripes on a fire escape; Tom Wolfe lounging while an orange paisley squiggle on the backdrop emanates as a plume of smoke, or cartoon bubble, from one side of his mouth), celebrity portraits (Robert Redford and Paul Newman; couturiers Schiaparelli and Chanel), and intricate, discomfiting assemblages of flowers, masks, dolls, and perfume bottles. Asparagus #1 and #2 (1967) are dark but luminous—tight visual bundles of vegetable, fruit, foliage, textile, and porcelain that, while referencing 17th-century Dutch still life, are both fantastical, oddly anthropomorphic Disney valentines and nightmares of excess. And yes, they look like paintings.

“John Szarkowski was right on target,” Rohrbach said. “They’re dark; they come from an earlier sensibility, where one was meant to look at prints over a long period of time and let these intimate images come to you up out of the darkness. They’re very much out of that esthetic. They’re filled with lots of little tiny details and they’re filled with a seeping of light that is more painterly than photographic.” In other words, they resist the direction photography has moved in since Cosindas was first active, toward large-scale photographs that have physical presence and immediate impact—the sort of work that can be found in the concurrent “Big Pictures” show.

If you look at the documents of the period in which Cosindas became a sensation, you can see the degree to which she stood at the crossroads of not just photography’s color question but its uneasy relationship to realism and the burden cast by painting in its modern age. Life magazine’s May 3, 1968, feature, under the headline “Marie Cosindas combines modern film with old technique to create an art beyond realism,” describes her color Polaroids as having “the tranquility of 19th-century painting” and a “palette-like subtlety.” “With craft and imagination,” the magazine proclaims, Cosindas “transforms the film’s very limitations, and in the process transcends the realism that is a prison for so much photography.”

In the 1978 monograph, Tom Wolfe writes that Cosindas, contrary to the taught defensiveness of fine art photographers of the era, “never rejected the idea of dealing with photography as if she were a painter.” Her prints, he says, “looked like paintings, but not the paintings that were fashionable at the time.” While Wolfe characterizes the dominant colors of Pop and Minimalism as “intentionally cynical,” Cosindas’s colors seemed “as if she had pulled back a curtain and suddenly brought back into the world of art a sense of color that had not been seen since the turn of the century in the era of the Symbolists, the Vienna Secession, and Art Nouveau.” The unavoidable painterly effect of Cosindas’s photography is both what won her huge acclaim and what doomed her to stand alone and, ultimately, disappear from the scene.

Cosindas’s Polaroids, Rohrbach promises, have held up very well because of the artist’s careful home storage, and, he says, they’re nothing like the reproductions you can find in books, or even the dye transfer reprints that have been seen over the years. This makes their rare public appearance (and the museum’s gallery talk on Apr. 18 with the curator and artist) noteworthy events. With unparalleled range and richness of color, and an obstinate originality achieved through thousands of adjustments, Cosindas’s prints are both historical isolates and pure products of their time.