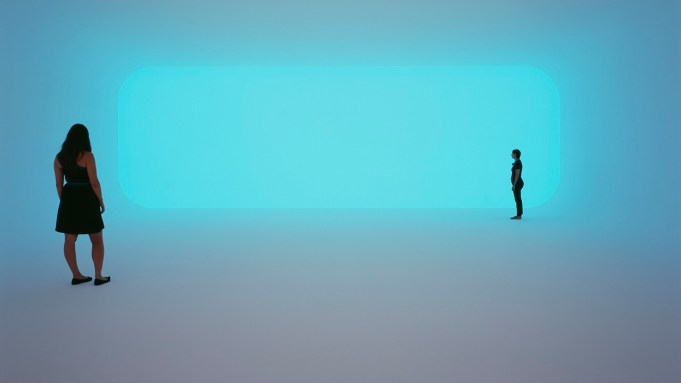 When you think of MASS MoCA, the giant contemporary art museum in a former mill complex in North Adams, Mass., the last thought to come to mind is probably “not enough space.” The museum currently clocks in at 120,000 square feet, but this week it announced the final phase of its refurbishment, which will more than double its gallery space, adding 130,000 square feet by renovating nearly all the existing buildings at the site. The resulting gallery space will be nearly five times that in the Whitney Museum of American Art’s new building in Manhattan’s Meatpacking District and will match that at Dia:Beacon. Complementing many white-cube spaces, the site’s industrial character remains in the buildings’ brick exteriors, along with features like original 19th-century windows and the still rough-hewn locations for certain exhibitions.

The expansion is supported by over $25 million from the state of Massachusetts; the museum has committed to raise another $35 million, of which nearly $14 million has already been secured. Ninety percent is expected to come from individuals, and the rest from foundations. Overseeing the project, slated to start in summer 2015 and wrap up mid-2017, are Bruner/Cott and Associates, of Cambridge, Mass. The firm has previously worked with MASS MoCA on the renovation of some of the buildings now open to the public.

The expansion complements the dramatic makeover of the Clark Art Institute, in neighboring Williamstown, Mass., which re-opened in July with a new wing designed by Japanese architect Tadao Ando. Its expansion added over 11,000 square feet of new gallery space. At the other end of the state, the Harvard University Art Museums re-opened this week after an expansion led by architect Renzo Piano.

MASS MoCA also announced the programming for the new spaces, all of which will extend for between 15 and 25 years. This follows a model for long-term shows in partnership with other organizations at MASS MoCA, like a 25-year installation of Sol LeWitt wall drawings, organized with the Yale University Art Gallery and the Williams College Museum of Art, and a decade-long installation of works by Anselm Kiefer, in partnership with the Hall Art Foundation, in a million-gallon concrete water tank. The new projects and commissions are intended to reflect the institution’s multidisciplinary breadth and take advantage of the ample space available to the artists, some of whom will create site-specific projects.

North America will have its first long-term installation of a large “Ganzfeld,” as artist James Turrell, the subject of a three-venue retrospective in 2013, calls his complete light field installations. Another is on view at a high-end shopping center in Las Vegas; the new one will be designed for MASS MoCA. Additionally, a disused fire-suppression water tank will serve as the setting for a Turrell “skyspace,” in which the artist removes a section of a building’s roof to frame a section of sky.

“We’ve talked about this project for some time,” Turrell told A.i.A. by phone from New York after the press conference. (He was unable to attend because his plane was grounded on account of inclement weather.) “I’ve been visiting since the late 1980s, and it’s been great to watch MASS MoCA develop, especially with the Sol LeWitt wall drawings, which are very beautiful.”

Also on tap are a long-term installation of existing works by Jenny Holzer, along with some new projects. In addition to carved stone benches, electronic signs and indoor light projections of poetry by various authors, Holzer will create an app that will allow visitors to experience “augmented reality projections” throughout the museum’s sprawling campus.

Works by Louise Bourgeois and Robert Rauschenberg will also go on view, in collaboration with the Easton Foundation, which represents Bourgeois, and the Rauschenberg Foundation. The Bourgeois works include carved marble sculptures, some of which will be exhibited for the first time and some of which weigh as much as 15 tons, according to museum director Joe Thompson.

The display of works by Rauschenberg, who installed a quarter-mile-long painting at the museum in 1999, will be part of a larger program of exhibitions and installations realized in partnership with the artist’s foundation, which will include other artists, established and emerging, and will be organized in collaboration with the foundation’s artist residency program in Captiva, Fla.

MASS MoCA is known perhaps as much for rock concerts and music festivals as for contemporary art, having hosted Wilco, Beck and Iron & Wine in recent years. Wilco also co-organizes a biennial music festival there called Solid Sound. Some of the new programming is in keeping with that emphasis.

The late instrument maker Gunnar Schonbeck is known for gargantuan, handmade music-making devices like an 8-foot banjo, which reporters had the opportunity to pluck on Monday, and percussion instruments fashioned from jet fuel tanks. Curated by Bang on a Can, the New York-based new music consortium, a number of his creations will be at the core of a suite of participatory spaces for music-making and rehearsal. The instruments had previously languished in storage at Vermont’s Bennington College, where Schonbeck was on the faculty.

Musican, composer, artist and instrument-maker Laurie Anderson will create a production studio and broadcasting facility for “Radio Anderson,” complemented by galleries for her audio and video work, both new and archival. When Thompson first made his offer, Anderson told A.i.A., her first reaction was, “Impossible! I admired what he was trying to do and I could see what he’d done so far, which is colossal, but I thought, ‘How could that possibly happen?’ Sometimes I get discouraged living in the U.S., seeing what the priorities are. This has really made me so happy to hear that this is green-lit.”