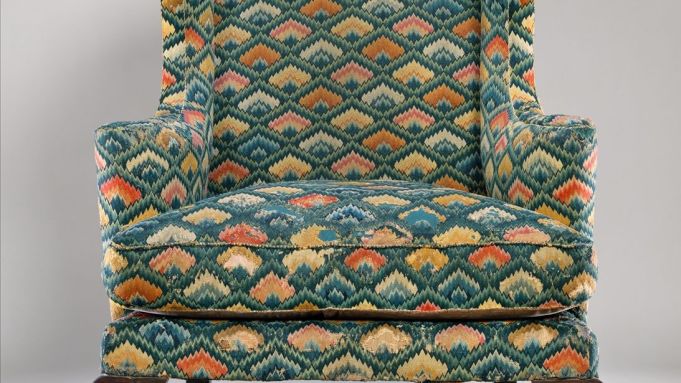 This past year was an auspicious one for American art. The National Academy reopened to the public in September, while November saw the much-anticipated launch of Alice Walton’s Crystal Bridges Museum in Bentonville, Arkansas. This week, the Metropolitan Museum of Art in New York completes the triumvirate, unveiling yesterday the third and final stage of its American Wing. Some twenty-six galleries were renovated by architects from Kevin Roche John Dinkeloo & Associates.

Most of the Met’s reopened galleries feature the museum’s encyclopedic collection of American paintings, presenting them in a “chrono-thematic survey” spread across the wing’s second floor. Moving from early colonial paintings onward, the shows is organized by theme or genre, using the art to deepen our understanding of early American life (in the “Colonial Portraiture, 1730–76” or the “John Singleton Copley” galleries) through the early 20th century (in the “Images of Women, 1880–1910” and “Ashcan Painters and Their Circle, 1900–1920” galleries). Sculptures are interspersed among the paintings, and several galleries were added to display highlights of 18th-century furniture and silver, subsequently intermingling genres and media in a very fresh way.

The paintings hang in extremely modern galleries that don’t feel stark. The renovated spaces maintain an historic Beaux-Arts sensibility and a feeling of intimacy through wide planks of oak flooring, limestone trim, and ceilings with large skylights or barrel-vaults.

Morrison Heckscher, the American Wing chairman, characterizes the design as “architecture in the cause of art.” The proportions of the rooms, the finishes used, and even the methods of display and the object information plaques feel important, not because they take attention away from the art, but because they help it speak more effectively. The “Life in America 1700–1800” gallery, for instance, elevates a row of furniture three feet off the ground, behind which, in an especially contemporary stroke, a collection of ironwork hinges and hardware hangs directly on the wall. Like everything else in the new wing, touches like this help the viewer experience the collection and its story in a new way.

The remarkable quality of the new American Wing derives from the fluidity between its spaces and the narrative that develops from gallery to gallery. Long transverses provide exciting sight lines to pull the viewer from the colonial art and the Revolutionary War to Emanuel Leutze’s iconic Washington Crossing the Delaware (1851), created nearly a century later.

But the journey from one point in history to another is anything but direct as side galleries direct visitors through rooms covering the breadth of early American life. In the room dedicated to folk art, don’t miss the painted-wood phrenological head (ca. 1850) attributed to Asa Ames (on loan from the American Folk Art Museum), and as you pass through Van Rensselaer Hall from 1760s Albany, take a closer look at the Grisaille wallpaper. You must, as curator Barbara Weinberg told A.i.A., “Keep your eyes open for invitations for exploration,” and don’t walk by the room dedicated to a collection of miniature portraits painted on ivory, especially Sarah Goodridge’s Beauty Revealed from 1828, or the itinerate painter’s work-box.

During a walk through last week, Heckscher described the wing’s grid design as a way to put all the pictures “on one level, on one playing field.” Of course, he admits, the best pictures are in prime loctions and, like Leutze’s painting of Washington, are visible from multiple vantage points.