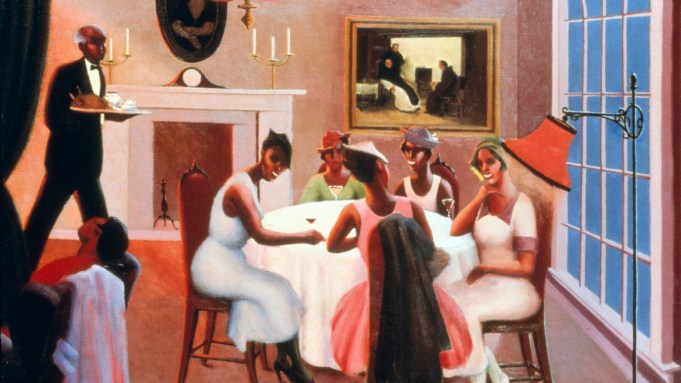 The Museum of Fine Arts, Boston, has acquired 67 works by African-American artists from museum benefactor John Axelrod, a retired attorney and former trustee who oversaw the MFA’s diversity advisory committee. According to the Boston Globe, Axelrod is selling the works to the MFA for between $5 million and $10 million, well below market rate. MFA director Malcolm Rogers told the Globe, “It would have been absolutely impossible to buy these on the open market.” Axelrod has also donated his research library of books about African-American artists, as well as funds to support scholarship.

Axelrod began assembling this collection 15 years ago. The works date from the 19th century to the present and include 39 paintings, 10 drawings and 18 sculptures. Works by Brazilian artists of African descent are among them. Artists represented include Norman Lewis, Charles Alston, Henry Ossawa Tanner, Aaron Douglas, Romare Bearden, Charles White and Kerry James Marshall.

Seven of the works are currently on view in the MFA’s recently opened Art of the Americas Wing, which features a gallery named for Axelrod. They include Hale Woodruff’s Big Wind in Georgia (ca. 1933), John Biggers’s Shotguns (1983–86) and Beauford Delaney’s Greene Street (1940).

Since 1985, Axelrod has donated 700 works to the MFA. Among his previous gifts were examples of 20th-century European decorative arts, including some 140 pieces of Schneider glass and Memphis Group furniture, and American decorative arts from the 1920s and ’30s.

More recently, Axelrod has begun collecting graffiti art from 1980-84 by such New York artists as Crash, Daze, Futura and Keith Haring, as well as other artists of the period like Martin Wong, David Wojnarowicz and Richard Hambleton.