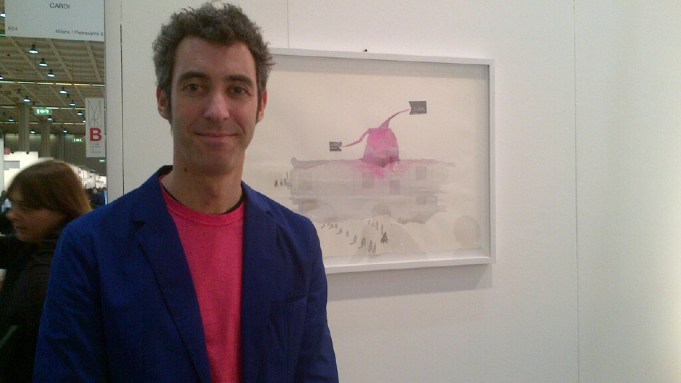 Milan’s struggling art fair MiArt set up shop last week, pared back from over 200 exhibitors in 2010 to a mere 92 this year. Organizers appeared to be aiming for a higher quality affair.

The fair includes a blend of modern and contemporary galleries, most of them Italian. But while the exhibitor list includes some big names, like TEFAF regulars Tornabuoni Arte and Robilant + Voena, MiArt failed to attract several local powerhouses, including Massimo de Carlo and Lia Rumma.

But this sentiment wasn’t universally held. MiArt selection committee member and exhibitor Francesca Minini was visibly exhausted by the onslaught during the VIP preview. Visitors also swarmed the stands of Fluxia and kaufmann repetto.

International participation was weak, with just over a dozen booths. A campaign to add a several young German galleries failed to improve the overall quality of the fair.

However Schwarz Contemporary (Berlin) was a highlight, with the gallerist hanging works on the backside of the stand, which visitors passed as they walked to and from the restrooms. Anne Schwarz reported the sale of Clara Brörmann’s small-scale abstract geometric painting buntes Bild 3 (2011) to a Hamburg-based collector for just over $1,000 within the first hour.

Big sales and important collectors were rare. This didn’t staunch the flow of visitors. “I don’t care about the fact that there are no financially powerful galleries at MiArt,” said Italian curator Demetrio Paparoni. “I am interested in art and its market, not in the politics of art,” he told A.i.A.