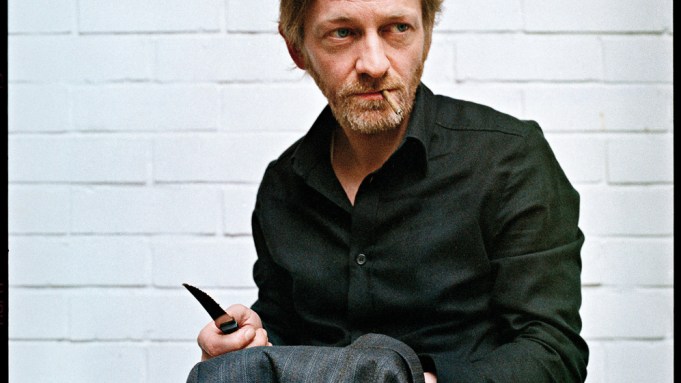 In his current exhibition at David Zwirner gallery in New York, the Belgian artist Michaël Borremans is showing films that unfold at a radically slow pace. Their tableau-vivant images could be mistaken for stills but for a flickering light or a figure’s discreet breathing. Borremans, born in 1963, is best known for paintings that engage past masters like Manet and Goya—but the haunted characters who inhabit them display a distinctly contemporary unease, as if they were prey to an uncertain fate. That an artist lauded for his skill in painting and drawing should turn to the more impersonal surface of the cinematic image is a noteworthy shift—one that we addressed during my visit to his expansive studio in Ghent in January 2009, as he was preparing for the Zwirner show, his first there since 2006.

David Coggins is a writer who lives in New York.

First Drive: Mercedes-Benz’s Electric Vision EQXX Is More Aerodynamic Than a Football, and You Can Tell