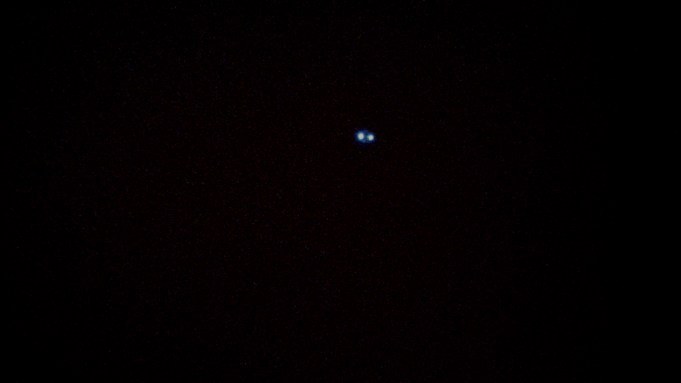 As film slips into obsolescence, it has increasingly found a home in the visual arts. By ‘film’ I don’t mean the general culture, but the actual thing: 8 through 70 millimeters, that slow, expensive medium wound in tight magazines and processed overnight. Since the early European avant-garde, artists have made obscure shorts seen mostly by enthusiasts and historians, but once HD made its game-changing appearance, more and more artists have paradoxically turned to celluloid. In many cases the choice is aesthetic: except 4K digital cameras, film still offers a more detailed image and a color spectrum unmatched by zeros-and-ones. But the decision is ideological as well. Film represents a stubborn refusal: It is harder to show, harder to make, and increasingly more difficult to accept. It requires a certain commitment, an attention to detail and planning almost embedded in its 19th-century technology. Lying on its deathbed, ready to reflect on its past and without much of a future, film seems ripe for renewal.

Dutch artist Melvin Moti makes many of his moving-image works in 35mm film, and when possible, he avoids screening them as digital transfers. A devotee of the medium, Moti developed a small, portable projector capable of showing his short pieces at regular times. However, his interest is not purely formal – he is also concerned with his subject matter. It’s easy to see how film serves as a metaphor for the obscure memoirs, experiments, and anecdotes that comprise much of the last century’s minor histories.

Moti’s subjects are threatened with extinction. Like his films’ protagonists – soldiers, scientists, test subjects, self-experimenters – we must come to terms with what we see and hear without any assistance. In The Black Room (2005), a man and woman discuss surrealist séances while we look at black walls excavated from Pompeii. In E.S.P. (2007), an aeronautical engineer describes prescient dreams over a bubble bursting in extreme slow motion. With each film, sound and image is immensely spaced; the viewers are forced to connect the two. Interested in these difficult partial narratives, I asked Moti about the rift between the heavily researched subjects and their fragmentary presentation.

JOHN MENICK: Like many artists, I’m very interested in the writing of Alain Robbe-Grillet. For me, the brilliant move in Robbe-Grillet is how the reader’s understanding of the story is the puzzle — the reader is asked to create a frame for what seems to be a series of discontinuous events. I find a similar operation in your own films. For example, in your film about Robert Desnos, The Black Room, the relationship between images of Pompeiian frescos and the interview with the surrealist is not entirely obvious. In fact, it’s not related to the viewer that the man being interviewed is Desnos at all. Could you speak a bit about this withholding of information and how perhaps it creates a new and active role for the viewer?

MELVIN MOTI: Yes Robbe-Grillet is a master of displacement, yet there is something captured in his very medium (novels), which invites the author to think about displacement. Literature is often read while in transit — holidays, subways, airplanes — and supposes an individualistic approach (as opposed to oral literary traditions). In film of course, the experience is mostly communal and there is always the situation one needs to deal with: The audience will be present. They are not in transition, but sitting down and waiting for the film to start. (I never loop my work; there are timed screening throughout the day.)

I wasn’t very interested in storytelling in my recent projects. Although my recent films use the technique of a voice-over, the film is never about what is said. Neither is the film told in an image-narrative — there are hardly cuts or edits, if any, so there is no mis-en-scene. I’ve been more interested in creating a sort of a ‘third space,’ which is the result of two seemingly unconnected elements (sound and image) clashing — I’m not looking to  ‘puzzle’ anybody. In each work there are tangible formal and conceptual relations between sound and image. But it’s true — I let the viewer take on his own journey rather than making them accept some second hand facts. Although in my mind, almost all ends are tied. On screen (and thus, for the audience) I leave a lot of loose ends — things that one can search for oneself.

So the content of the film is not so much captured in the image, nor in the sound, nor in these two together, but rather in the moment after they have touched. The film therefore needs witnesses; it needs an audience to be the author. The content of the work is located in the mind of the witness, this is the ‘third space’ I’m trying to inhabit, and is essentially individualistic instead of communal. Moreover, it comes into play as soon as the audience leaves the screening room; when they’re moving again, in transition, on their way home (and hopefully a little longer after that).

JM: It’s tantalizing to draw a connection between your films and surrealism: both show an interest in unexpected juxtapositions, the paranormal, hallucinations, and the imagination.

MM: One of the most interesting things I read about the surrealist group was actually what could be considered a critique written by Alejo Carpentier in the introduction of The Lost Steps. He puts the term ‘magic realism’ into perspective. (In the book The Kingdom of this World he mentioned the term “lo real maravilloso”, which he considered more of a ‘heightened’ reality than a ‘magic’ one). He concludes that the term ‘magic reality’ is a problematic term since reality is always magical; these words are personified by several surrealists like Desnos, Valery and Aragon. Carpentier’s work is actually a direct critique of Breton, who always tried to create a different field for magic, as if it could not survive within the banality of every-day life. He didn’t approve of Desnos’s journalistic work in 1924. The writers mentioned above have made their life project to test and stretch the imagination, and there lies a strong connection with my work. I think it actually touches upon the essence of my attempts in my recent films. The world around us is fabricated inside of our heads, so to stretch our imagination is to reach for a more radical interaction with the world we occupy or live in; this has been my interest.

JM: One of the major differences I between your work and the Surrealist project — and I feel this is directly addressed in The Black Room — is that your work is very interested in historical incident. We’re not directly participating in a séance or a dream experiment, nor are we shown the products of these experimentations, but instead we are asked to focus on imperfect reconstructions.

MM: The biggest difference is that the surrealists were all about self-experimentation and my works do not function like that at all. The works are more of a representation of radical approaches, accomplished through the imagination, luck or unexplainable faculties, but the viewer doesn’t experience these things oneself while undergoing the work. The surrealists on the other hand were themselves the artwork and the art process in one (as a result, many of the texts written in these ‘automatic writing’ or ‘sleep writing’ sessions are totally unreadable, they didn’t care about the end result).

JM: What role does historical reconstruction play in your work? What differences do you find in your relation to history as an artist as opposed to, say, a documentarian or scholar?

MM: My relationship to history is an ongoing question. All my last projects started with a quest for a forgotten or hidden event, disjoined from the era they appeared in. In general I’ve been looking for ‘back holes’ or ‘gaps’ in history, moments that haven’t been contextualized by official historiography — to draw then out of the mud so to speak, shine them up and try to activate them again. I found this interesting, since when moments or events haven’t been contextualized or have been ‘skipped’ by history all together, they often have an unresisting ‘foretelling’ or ‘analytic reflective’ quality. In No Show for example, I found out that guided tours were given in the Hermitage during the Second World War. The entire collection was evacuated, however, all the frames of the paintings were left hanging on the walls. One tour guide gave tours through the museum, speaking about the absent paintings and referring to them by their frames. To my view, the tour through this ‘ghost-collection’ was a conceptual performance. An event so radical, in placing the value of art in its non-materiality (a conceptual mode unfamiliar to this particular museum in the 1940’s), was made for the future — one we haven’t even reached yet.

I’m very, very aware of my role as an artist which is very different from that of a historian or scholar. First of all I think simply discovering a unique piece of information doesn’t mean anything at all, surely it’s not a form of art. There is much to be done with this information before it starts to speak back to you. The most important difference to my view is not so much the accumulation of information (through which I follow the same steps and read the same material as historians and scholars) but the destruction of this information, which to me is the most important part of my practice.

You see, the artwork is my vehicle, not my research and not the study of a subject. I withhold much information for the viewer to make sure the artwork becomes the central thing, and not the justification of the artwork. Although the artwork actually implies all the information, it is made to block all of it at the same time. Another important way to deal with this destruction is to actually include parts of my research in my artist-books, which are self-published in small editions and then distributed in a totally illogical and unofficial manner, they are not traceable cannot be ordered (they don’t have an ISBN number). So through the artist-book the information moves from dust to dust; it is made to disappear.