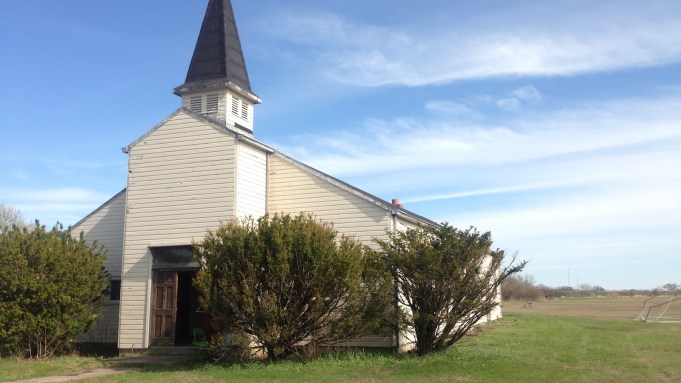 MoMA PS1 director Klaus Biesenbach and Smith, both of whom have homes in the area, have organized Rockaway!, a public arts festival consisting of several exhibitions that will mark the reopening of Fort Tilden, a historic Army battalion and its surrounding beachfront park that suffered severe erosion during the 2012 storm. In collaboration with the Rockaway Artists Alliance (RAA) and the Jamaica Bay-Rockaway Parks Conservatory (JBRPC), the event (June 29-Sept. 1) will feature work by both international and local artists.

The festival will be hosted in the public gallery at Fort Tilden, which has been run for 19 years by the RAA. Smith plans to exhibit three works, including The Resilience of the Dreamer, a site-specific installation that will place a gilded four-post bed within an abandoned park building. She’ll also show photography depicting personal objects of great importance to their owners—poet Robert Graves’s hat and artist Frida Kahlo’s corset, among others.

A series of sculptures by the Argentinean artist Rojas will address the ecological rebuilding of the area. The fort’s chapel will host Cardiff’s sound installation The Forty Part Motet, which adapts a 16th-century vocal piece, giving a microphone to each voice of a 40-member choir.

A short distance down the beach, in a recently restored surf culture staple, will be a group show of Rockaway artists in collaboration with the Honolulu Biennial (whose first outing will be in 2016). The Rockaway Beach Surf Club served as one of the largest relief centers for area residents during the storm and its aftermath. The exhibition will highlight the rebuilding efforts of Rockaway surfers and artists.

This summer exhibition series is the second project undertaken by MoMA PS1 in the Rockaways. In March of last year, the museum coordinated the construction of the temporary VW Dome cultural center. Through June of 2013, the structure acted as a space for contemporary art performances and as a platform for neighborhood voices.