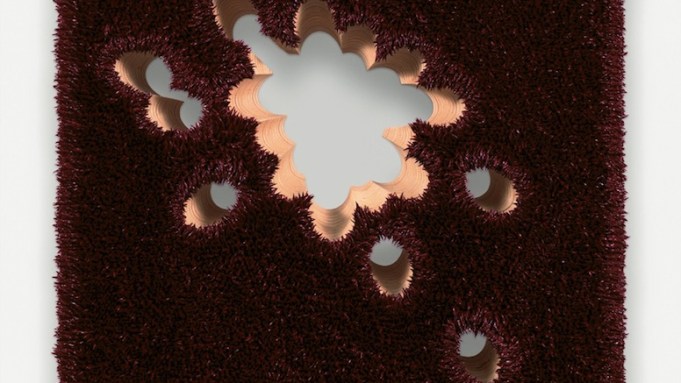 There is an esthetic to utility and to an economy of means. The ranch hands that I knew in the hill country in central Texas showed me this esthetic in their practical philosophy and its day-to-day applications. There were the materials at hand for the tasks to be accomplished: a cedar shim whittled with a pocketknife; a cedar fencepost hacked and shaped with a hatchet; baling wire and barbed wire for practically any purpose. However, nothing was doctrinaire, and there was pleasure to be had. Fresh eggs, against economy, led to egg fights that could erupt at any time, given generous chickens and the bounty of eggs on hand—so useful for this purpose.

There was an ease and wordless logic to the ranch hands’ moves and actions. They usually reflected or anticipated ever so slightly the movements and actions of the farm animals (or, more broadly, nature). The rounding-up of the angora goats, the shearing of their oily mohair (which always seemed to be dropping in price per pound at market), the fence-mending, the application of a paint blot on the goats’ horns to denote ownership (our color was orange), the castrations, the hammer blow between the cabrito’s eyes for the annual barbecue feast. The actions, the repairs, the movements, the sudden death were all exceptionally vivid. The meat was delicious.

So were the ranch hands: leathery, sinewy, odorous, lightning-quick (in a way that we don’t have to be anymore). There was an impossible contrast between the dark of their exposed hands and the zinc white of their hidden skin, occasionally glimpsed. Pigments had to perform in opposite directions.

The clear intelligence of the ranch hands was evident every day, but nowhere more than in the rerouting of water. There wasn’t much water usually, but perennial flash floods moved everything—a little or a lot, usually overnight. The damage and the damage control were broad and destabilizing, but a temporary order was established after the drowned animals were burned and the lost livestock found. Then the men would reroute the creeks that had inconveniently changed course or invaded property that was not right for water. It was work done by hand and with an understanding of fluid dynamics.

There were the occasional dramas and unexpected blood: the accidents; the crushing of a finger, hand or foot. One time it was of a whole man, the foreman, Mr. Pendley, under the weight of a tree that fell on him. He suffocated before he could free himself or be freed. This time there was no blood except for a little alizarin bubble in one nostril.

There was the rare stupidity, like the senseless shooting of a spectacular mountain lion. It was a huge cat weighing nearly 200 pounds. It found itself on a dirt road between fences that it could not breach, with a ranch hand who could not find anything else to do with his excitement than to kill the beautiful thing. It was a terrible mistake. The attempted cleanup entailed stuffing the animal’s head and painting the inside of its mouth a crummy pink after freezing the face into an exaggerated snarl. It hung on the wall forever shaming me (and warning me about adrenaline and killing), until it fell apart and was thrown away.

There was a donkey named Sac. This was an abbreviation of his full name, which was Saccharin, because he was like a chemical concoction that appears sweet but isn’t. He was a mean thing. And he had a companion. A horse named Boy. Also mean. They were inseparable and admirable in their indifference to kindness. They didn’t care to like any of us, and they couldn’t be softened in their disregard, even by food. They were cheerless except when alone together and left that way. Then they would run full-out, racing each other for their private enjoyment.

Muse is such a fat, lush, ancient word. It can hold more than a single thing for an artist.

The hill country land is long gone from my family. The owners—my parents and my mother’s parents—are gone, too. The reality is that selling it paid for my education and my brother’s, so that, in the end, we could move away. He left for Houston. I went to New York. At this distance, it is not hard to regret the sale of that place—with its men and animals and all. It is hard to recall on a daily basis the calculus that rendered its sale a necessity, or the education that came of the exchange. But what is firm is the continual live feed that is the juice and protein from those days with the ranch hands and farm animals (and their predators) and how it has entered into my work.