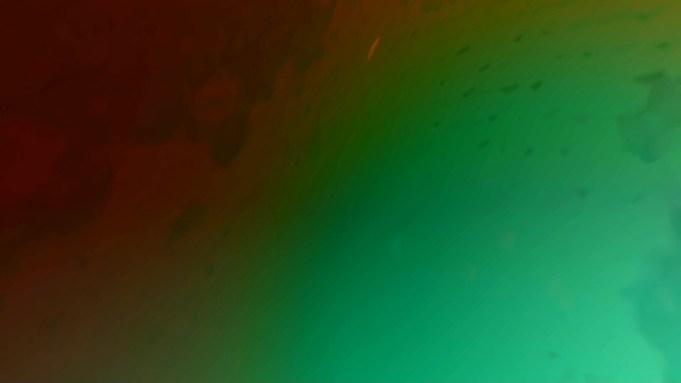 Every few months a new VR headset is released, rendering the last one obsolete. Nevertheless, artists—and not just those who enjoy the patronage of massive corporations—have embraced VR technology. Yet there has been a consistently noticeable gap in quality between the New York Film Festival’s Convergence section, which highlights experimental work with new moving-image techniques, and its film programs. Alums of NYFF’s main slate such as Tsai Ming-liang, Laurie Anderson, and Alejandro González Iñárritu have all premiered new VR works at film festivals in Venice and Cannes in the past two years. But they have not been included in Convergence. Even film-related AR and VR that premiered at Sundance’s New Frontiers (like Rachel Rossin’s The Sky Is a Gap, which drew inspiration from Zabriskie Point) can only be seen at festivals in other cities, or at art galleries. For NYFF, which reliably offers the best of European fests, Sundance, and a few impressive world premieres, Convergence’s divergent rubric is glaring.

The eighth edition of Convergence has three programs of virtual cinema, or shorts to be viewed with a VR headset, and then two special events: a screening of Casey Stein and Bernard Zeiger’s Holy Night (2019), an interactive film about the opioid epidemic told through three characters’ perspectives, and The Raven (2019), an off-site performance about Edgar Allen Poe’s life and work that incorporates interactive elements. Due to technical restrictions, I was only able to preview four pieces from the virtual cinema programs, but even this sampling evinced the problems of previous years: aesthetically unadventurous works on familiar topics that older art house patrons will likely enjoy. Maria Belen Poncio’s 4 Feet: Blind Date (2018) is a sweet but predictable coming-of-age story from Argentina about a girl in a wheelchair. Juana, who has dyed blue hair and a Frida Kahlo sticker on her chair, desperately wants to lose her virginity. Made slightly surly by abstinence and microaggressions (for which she always has a snappy comeback), Juana speaks plainly about her desire to fuck, including at the breakfast table with her mother and sister. She finds a cute guy her age on Tinder. When they meet, he is awkward, not because Juana is in a wheelchair, but because he’s a teenage boy. (He caresses her leg, then abruptly pulls back; in a bit of movie magic, she achieves orgasm on her first try with this dork.) Belen Poncio layers some abstract animation over the live action to express Juana’s sexual sensations, but we saw the same effect in the conventional comedy-drama Diary of a Teenage Girl (2015). There is no experimentation with form or visuals. You can turn around in your headset and see the rest of the park where Juana awaits her gangly date, but there’s nothing going on back there. You always know where you’re supposed to be looking in order to see what is advancing the story.

But not all of the VR movies at NYFF even have a 360-degree view. Jonathan Glancy’s Homeless: A Los Angeles Story (2019) is a run-of-the-mill social-issues documentary that only offers 180 degrees of human misery. (There’s a very clunky CGI rendering of LA’s Skid Row with the film’s title that appears in the empty area you’re not meant to look at.) The film focuses on three activists who work with Los Angeles’s homeless community, as well as Maria, a woman who was unhoused after a domestic violence dispute. Rather than trusting his audience to empathize with the hard work of both activism and surviving on the streets, Glancy repeatedly uses sentimental music to ham-fistedly tell you what you’re supposed to be feeling at a particular moment. Maria’s story is heartbreaking on its own; showing her in three-dimensions inside her flimsy tent after much of her clothing and other possessions were swept up by garbage men doesn’t add more to an understanding or sensation of being homeless than a two-dimensional film would. Glancy’s inability to fully embrace the format is evident in his presentation of an activist who rather disconcertingly floats on the terrace of what might be a new condo. Homeless ends with the advice to talk to the homeless and treat them as you would anyone else. It’s a goodhearted message that everyone should hear. Perhaps out of respect for the film-industry audience, none of the talking heads advocate for heavier taxes on LA’s 300,000 millionaires.

In Ryan Schmal Murray’s Eyelydian (2019) bursts of warm colors slowly expand to fill a 360-degree field, only to be replaced by other bursts of color. It’s a pleasant, easy ride through colors and patterns. It’s supposed to replicate the experience of seeing the sun through closed eyelids, though when I close my eyes and face the sun, I only see a pinkish-orange color and sometimes a capillary or two. It’s hard not to think how much more satisfying Stan Brakhage’s Mothlight and Eye Myth (both 1967) are, both of which sought to mimic phosphenes (the blobs you see when you press on your eyes) by gluing organic matter to or painting on 16mm film stock. Those films also contained a hint of narrative, and a sense of something familiar yet unknowable. The computer-generated colors of Eyelydian are perhaps more akin to a screensaver—again, not an unpleasant image, but something that fails to really do anything except gently amuse. (It’s also being shown in two programs—exposure that a short film at NYFF would never enjoy.)

By contrast, Lena Herzog’s Last Whispers (2018), an exploration of language extinction, is far more adept at using VR. The soundtrack layers phrases in endangered languages from around the world, moving the viewer through a transparent, monochromatic, three-dimensional globe against the starry expanse of space. The cacophony of voices and the abstraction of familiar continents are disorienting, expressing the unsavory nature of loss, until one of the languages slowly fades up and reveals its location as a white, throbbing dot on the map. Herzog doesn’t subtitle any of the languages, refusing the viewer an ability to understand or connect with them in a meaningful way. This is not a feel-good tour through multiculturalism, but an expressive presentation of grim fact.

Herzog’s piece will also be presented as part of a conference at Montclair University in New Jersey about language loss—a testament to its intellectual maturity, as well as an acknowledgment that, while VR takes up our entire field of vision, it cannot encompass the entirety of an issue. (This sort of contextualization is a welcome corrective to director Chris Milk’s ludicrous assertion that VR has the potential to become “the ultimate empathy machine”—if you can’t understand homelessness is bad without putting on an Oculus, you’ve got bigger problems.) The other films at Convergence could benefit from a similar framing, but the bigger problem is the lack of effort toward presenting a program worthy of the artistic caliber of the main slate. As such, Convergence remains the odd section out, and not just because the technology isn’t there yet.