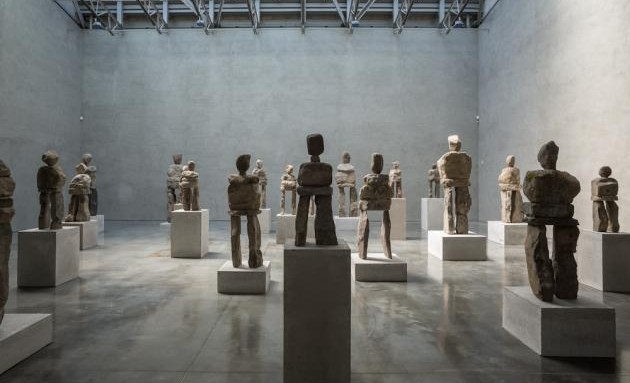 Nicholas Baume is the director of the Public Art Fund, a New York nonprofit. Here, he recalls his top shows from Gotham in 2013.

Sol LeWitt at Paula Cooper Gallery
What a treat to see this major ink wash wall drawing for the first time, inhabiting Paula Cooper’s largest space as if it was always intended to be there. The work is chromatically layered, spatially complex and visually seductive; being surrounded by this bravura example of LeWitt’s “complex forms” was a memorable experience.

Richard Serra, “Early Works” at David Zwirner and “New Sculpture” at Gagosian Gallery
There was no shortage of Serra in Chelsea this year, from the show of early work at Zwirner in the spring to the most recent work this fall at Gagosian. I found the Gagosian installation on 24th Street to be particularly thrilling—each space was brilliantly activated with different works, and together they offered a remarkably engaging and satisfying sculptural experience.

“Huma Bhabha: Natural Histories” at MoMA PS1
A series of impressive gallery shows in recent years has revealed Huma Bhabha to be a distinctive and talented artist, but her sensitively installed survey exhibition at MoMA PS1 showed what a daring and singular artist she has become. From her most tenuous assemblages to the massive bronzes to the elegiac painted photographs, Bhabha’s work captures—and keeps—our rapt attention.

“Ugo Rondinone: Soul” at Gladstone Gallery”
In keeping with the promise of their title Human Nature, the nine towering stone giants that Ugo Rondinone conceived for the Public Art Fund and Rockefeller Center went forth and multiplied. Their assorted progeny proved—for assemblages of raw stone—astonishingly varied in form and expression. Standing in serried formation, they commanded Gladstone’s 21st Street space with breathtaking assurance.

Ryan McNamara: MEEM: A Story Ballet About the Internet at Connelly Theater, presented by Performa 13
McNamara’s most ambitious work to date, Meem proved to be both a captivating performance and a potent meditation on the nature of reception in a state of digital distraction. Inverting the traditional spectator/performer relationship and harnessing the potential of creative collaboration between director and performer, McNamara charted rewarding new waters for all concerned.