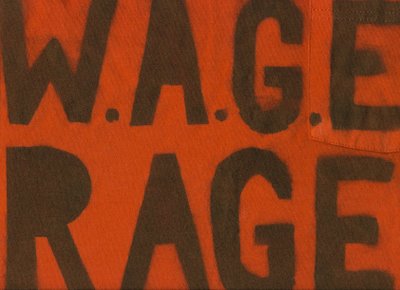 In The Devil’s Dictionary, an assassination-by-satire on duplicitous political argot published by Ambrose Bierce in 1911, peace is defined as “a period of cheating between two periods of fighting.” Nearly a century onward, the same sense of  integrity that compelled Bierce’s dry pen also inspires “No Soul for Sale: A Festival of Independents,” a program created by X Initiative to celebrate and advocate for not-for-profit independent arts organizations.  Opening this evening and running until June 28th, “No Soul for Sale,” an anti-art fair of sorts, will prove that market analysis and opaque curatorspeak aren’t the only languages spoken in the international art world. According to X’s curatorial director, Cecilia Alemani, NSFS’s agenda is, in fact, the exact opposite of an art fair: “We are not interested in selling or buying. We are interested in recognizing the centrality of ideas and the centrality of personal relationships, which can accomplish so much more than money.”

Each of the forty local, national, and international organizations featured at NSFS will occupy their own piece of real estate within the X Initiative’s cavernous space, where the festival’s floor plan and layout form an unlikely film reference. Says Alemani: “The movie Dogville was a sort of inspiration because on many levels, “No Soul For Sale” has to do with hospitality and coexistence. Hopefully, though, the whole atmosphere will be much more friendly than in the city imagined by Lars Von Trier.”

We’re confident it will be. Here, we take a look at five of New York City-based collectives included in the program.

W.A.G.E.: In a time when the social imperative of fiscal austerity has compelled many to feign frivolity, it’s heartening to see an organization unafraid to take itself seriously. Art relies on altruism, and thus begat W.A.G.E.: Working Artists for the Greater Economy, an advocacy group that seeks to “draw attention to the economic inequalities that exist in the arts, and to resolve them.” Formed in 2008 by artists K8 Hardy, A.L. Steiner, and A.K. Burns, W.A.G.E advocates for a working wage for artists and curators working within the art market. Since the culture wars of the 1980’s and 90s, many have maligned the allocation of government arts grants to favor institutions over individuals. Part of W.A.G.E.’s initiative is to mandate that art workers will be paid for consultations, lectures and reproductions, thus negating the empty, yet all-too-common promise of exposure as compensation. As the group says: “Art institutions must operate as ethical economic entities, just like any other societal institutions. We are advocating for artists to be paid for the work that we provide when working with institutions.”

LIGHT INDUSTRY: Developed and overseen by Thomas Beard and Ed Halter, Light Industry is an independent, not-for-profit art house theater-cum-gallery based in Industry City, an industrial complex in Sunset Park. Their lineup for NSFS is impressive and exhaustive, packed with conversations (film historian P. Adams Sitney and artist Paul Chan will speak), performances (artist Bruce McClure will make music using 16mm film projectors) and screenings. The content reflects Light Industry’s programming in general, Beard says, and is “Pointedly catholic. The lineup might seem borderline schizophrenic – videogames, Grindhouse fare, cable access, Third Cinema, postwar avant-garde film — but I feel that all of this work belongs together. To my mind, Doris Wishman is as crucial a figure in the history of cinema as Paul Sharits, even though their respective practices differ quite radically.” Though their allotted space at NSFS is quite a departure from their normal headquarters, Beard isn’t worried: “Even a small space, like the one we have at X, can be really liberating.”

STOREFRONT FOR ART AND ARCHITECTURE: Founded in 1982, the Storefront for Art and Architecture is something of a conceptual grandfather to the many of the younger art nonprofits featured in NSFS. With its twelve opposable walls and windows, the now-legendary space, located on Kenmare Street, is the collaborative effort of artist Vito Acconci and architect Steven Holl. Like Keith Haring’s late, great Pop Shop, and the Muppet madness that was Kenny Scharf’s Scharf Shack — both of which existed mere steps away from the center — the Storefront is a New York institution of quixotic art and architectural charm. Its inimitable history will be highlighted at NSFS, where a selection of Storefront’s ‘newsletters’ will be displayed. Says director Joseph Grima: “For each of its shows over the past 27 years, Storefront has produced a poster-size newsprint ‘newsletter,’ which is mailed out as invitations to the opening. One side contains information about the exhibition, and the other side is usually a poster for the exhibition. For NSFS, we have selected some of the most interesting ones related to interesting or groundbreaking shows such as Diller + Scofidio’s “Bodybuildings” and Dan Graham’s “Environmental Aesthetic.”

NOT AN ALTERNATIVE: As a nonprofit organization with a Williamsburg gallery space called The Change You Want To See, Not An Alternative maintains a purposefully fluid agenda. Their main goal is to unite art, theory, and activism, which often steers them toward uncharted, irresolute territories. However, when it comes to art and its relationship to activism, the group often relinquishes individual authorship. Says NAA: “One of the most overtly politicized contemporary art movements, the era of ‘Institutional Critique,’ was essentially lost to activists because artists were so consumed with attaching their name to everything they made. We believe that ways of thinking have changed somewhat with the influence of discourses related to open source and online decentralized production. This has allowed for much more of an activist mindset (get stuff done and don’t worry about who made it), and has affected an interesting opening-up in contemporary art practice.” In their space at NSFS, the group will show photos and print material configured as a loose model of their gallery space.

ARTIS CONTEMPORARY ISRAELI ART FUND: As one of the more high-profile organizations featured in NSFS, Artis Contemporary Israeli Art Fund has sponsored well-recognized projects promoting contemporary Israeli art, not the least of which is the MFA Israeli artist Fund, a partnership with Columbia University’s Visual Arts MFA program (graduates of this program include Guy Ben-Ner and Mika Rottenberg). Yet the organization remains committed to international artmaking at its least commodified, as confirmed by their contribution to NSFS. Premiering his dreamy, poetic work in New York, the street artist Know Hope, who lives in Tel Aviv, has created a 40-by-16 foot paper collage on X’s fourth floor. The work exists somewhere in the realm between a 3D installation and a mural, though the artist is not one for strict definitions: “If I get specific about what I am addressing here, there is a limitation. Accessibility is my top priority. I want to create a common moment and maybe a common feeling of awkwardness.” On June 28th, Artis will feature a performance by Israeli visual artist Naama Tsabar in collaboration with eight New York City musicians. Tsabar’s work often explores Minimalist aesthetics, and the visual component of the performance, titled Composition 8, employs amplifiers as sculptural pedestals for the musicians.

[Take a look into No Soul For Sale at Interview magazine, where participating groups sent pictures of their headquarters’ facades (check out their Q&A‘s with three of the groups, too).  At Art in America, see our video interview with all 9 members of the NYC-based collective K48!]

From an Underwater Scooter to a Hot Tub Boat: The 12 Best Water Toys for Summer