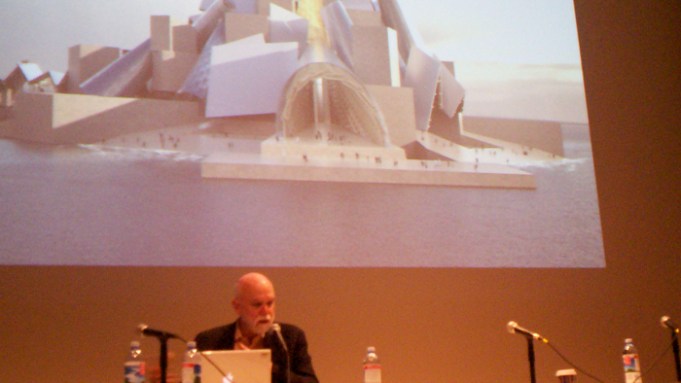 As Claire Bishop indicated in her introduction to the “The Now Museum: Contemporary Art, Curating Histories, Alternative Models” conference from March 10–13, ours is a moment dominated by what curator Nina Möntmann has called the “corporate turn” in the arts-museum-grade exhibitions mounted at commercial galleries, commercial gallery directors hired as museum directors, and the continued proliferation of contemporary art spaces in “exotic,” “peripheral” locales from Bilbao to the Bowery.

Organized by Bishop and the CUNY Graduate Center PhD Program in Art History, where she teaches; Kate Fowle, Director of Independent Curators International; and Eungie Joo, Curator of Public Programs at the New Museum, the conference aimed to reckon with some of the implications this turn implies. Many of the 10 or so panel discussions tackled what Joo acknowledged as an “unwieldy, yet productive” set of issues: the historical narratives constructed by collection displays, and the relationship of contemporary art to art history.

On a panel on Saturday at the New Museum, “Extending Infrastructures,” Guggenheim Director Richard Armstrong affably rehearsed the rhetoric of global-mega-museum-as-franchise, defending of course the Guggenheim’s controversial planned iteration in Abu Dhabi, designed by Frank Gehry. Armstrong acknowledged that what he describes as the foundation’s “multinationalist” stance position has a Januslike, “imperialist” face. A palpably dubious audience added little during the Q&A, although Cisneros Collection Director Gabriel Pérez-Barreiro offered a diplomatic query about the challenges posed by working in the Middle East (Armstrong’s response: we must educate ourselves more about Islamic culture). Curator Ute Meta Bauer sensibly asked, “Who will actually come?” (Armstrong’s response: tourists from India).

A more compelling contribution to the same panel came via South African curator Gabi Ngcobo’s presentation on the Center for Historical Reenactments (CHR), the intimately scaled venue for political art she founded in 2010 in Johannesburg. Questioned about the center’s architecture, she poignantly talked up its window, which looks out onto the surrounding, un-gentrified neighborhood—a constant reminder of “what is happening outside… not to bring people in the door, but to reflect the realities of what we do inside.” (By contrast, Gehry’s proposed 320,000-square-foot Abu Dhabi structure would border a golf course.)

Interrogations of temporality were taken up by a number of speakers on the same panel. In her contribution, Van Abbemuseum curator Annie Fletcher spoke of “urgency” and discussed the strategies her small museum in Eindhoven employs. The museum stopped presenting temporary exhibitions in 2008, opting to facilitate “encounters” between visitors and objects from its permanent collection. Today, the collection is continually re-presented through creative re-hangings, artist-curated installations, and what they call “plug-ins,” interactive event settings.

Most rousing of all of the speakers in the conference was Manuel Borja-Villel, Director of the Reina Sofia Museum in Madrid. His inspired presentation, on the panel titled “Revisiting the Late Capitalist Museum,” sought alternatives to Rosalind Krauss’s seminal 1990 essay of the same name, which argued that because of the increasing scale of contemporary art museum architecture, viewers focused on space, not artworks.

Borja-Villel described his “Now Museum,” describing the exhibition as an “archival commons,” a communal space for engaging with history and culture. He set this in contrast to modernist exhibition models that rely on linear history, corporate marketing, multiculturalist difference, and the false neutrality and didacticism of the white cube. His interests engage oral histories, micronarratives, multiple minorities, and dispersed subjectivities. “Manuel [Borja-Villel] is my hero,” gushed curator Anthony Huberman on another panel.

The event was held within the walls of the New Museum (excepting the second day, spent happily in a recital hall at the Graduate Center). The New Museum’s own Massimiliano Gioni, Associate Director and Director of Exhibitions, insisted that museums are not defined by their collections—naturally, as the New Museum doesn’t have a permanent collection—but by their publics. His appearance begged certain questions: Which public does a conference such as this service? How much critical discourse can actually emerge from inside the belly of the beast?

Hosting conferences such as this, the New Museum creates cultural currency, in the style of what artist Andrea Fraser has termed “an institution of critique”—which fits into a marketing strategy that advances its reputation. Whether museums of contemporary art, subjected to a neoliberal event economy, will heed the call for a new kind of “Now Museum” or rehearse corporate models remains unclear.