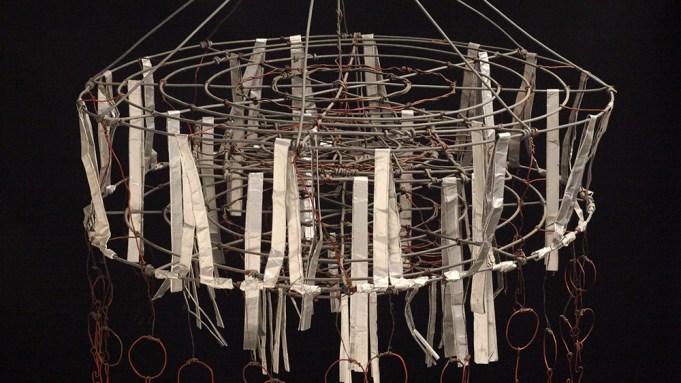 The Outsider Art Fair has announced the exhibitor list for its 2015 edition, which will happen this winter (Jan. 29-Feb. 1, 2015). It’s the third year the fair, which has been operating since 1993, is taking place under the auspices of New York dealer Andrew Edlin’s company Wide Open Arts.

So far, 38 galleries from 23 international cities have signed on; the organizers expect a few more to join in the coming weeks, bringing the total closer to last year’s 47. Booth prices range from $6,500 to $15,000, with smaller and less expensive spaces also available for emerging galleries, like Los Angeles’s Good Luck Gallery.

New participants this year include Paris’s Polad-Hardouin Art Contemporain. “They’ve been showing outsider art within their contemporary program for years,” Edlin told A.i.A. in a phone conversation. “I first met Dominique Polad-Hardouin a number of years ago, when we were both doing a drawing fair in Paris. They had this great Syrian artist Sabhan Adam, and I’ve never forgotten about the work.”

Ever since Edlin acquired the boutique fair in the fall of 2012, it has had a bit of trouble settling in to a regular schedule. The first under Edlin’s management was on view at the end of January 2013; this year the fair was postponed to May to coincide with Frieze New York; next year it will again open in late January. The OAF location at the former Dia building (now called Center548) in Chelsea has remained consistent since Edlin took the reins.

Aside from last year, “the fair had always been stand-alone, and we like the idea of leading instead of following,” Edlin said, speaking of the date change. “Holding the fair at the same time as Frieze and NADA prevented some galleries from participating.” Edlin also mentioned that concern about the building’s long-term availability factored into his decision. “We’d heard some rumblings about the building being sold, which it just was, for $40 million. It’ll be finished as an events space in June. We had tried to get multi-year contracts [for the OAF] but never could; moving up the dates ensures that we can do it in the same space for one more year.”

This year’s fair will also feature a special exhibition, “If I Had Possession over Judgment Day,” curated by art dealer Jay Gorney and artist Anne Doran (who also contributes reviews to A.i.A.). “Jay and Anne are true believers and lovers of outsider material, said Edlin. “Their show brings together five artists [Emery Blagdon, Adolf Wölffli, Mark Lombardi, Melvin Way and the Philadelphia Wireman] whose work is fueled by paranoia, and whose images, sculptures and drawings have a talismanic quality about them.”