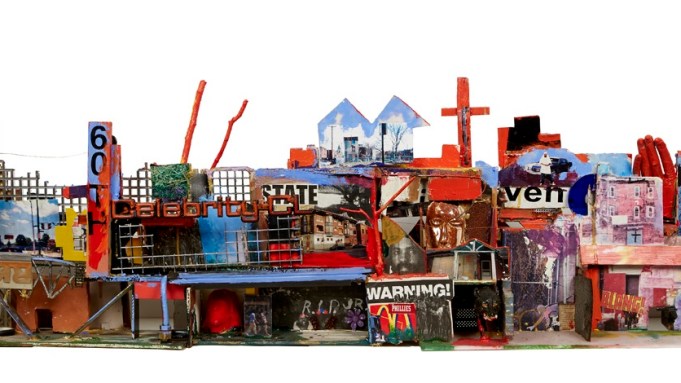 Philadelphia’s Pew Center for Arts & Heritage announced today the 2014 recipients of over $9 million in grants supporting local artists and cultural organizations. Several of the largest grants, at $360,000, will support upcoming exhibitions at institutions like the Institute of Contemporary Art (ICA) and the Philadelphia Museum of Art (PMA).

The ICA will receive $360,000 for “Barbara Kasten: Stages,” a survey exhibition of the conceptual photographer’s abstract work. The Fabric Workshop and Museum will take home $360,000 to support an installation by artist Ann Hamilton at a former industrial site as well as a fabric-themed exhibition curated by the artist.

Other recipients of $360,000 grants include the Eastern State Penitentiary Historic Site, the Free Library of Philadelphia Foundation and Temple Contemporary at the Tyler School of Art. A $300,000 grant will support the PMA’s reinstallation of its galleries of South Asian art.

The 49 individual grantees work in a variety of artistic mediums. They include visual artists Leroy Johnson and Brent Wahl, both of whom have been named Pew Fellows and will receive $60,000. Johnson began his career as a mixed media artist in Philadelphia’s Black Arts Movement of the 1960s and ‘70s. His work, which combines collage, assemblage and painting, expresses inner city life as a “map and metaphor for the actual landscape and the contents of the collective unconsciousness,” according to press materials. Wahl has showed his artworks in group and solo exhibitions at Philadelphia venues including Vox Populi and the ICA.

The Pew Center has been awarding grants since 1989, beginning as the Philadelphia Music Project and expanding, in 2005, to its current conglomeration of charitable programs honoring artists, choreographers, composers and others.