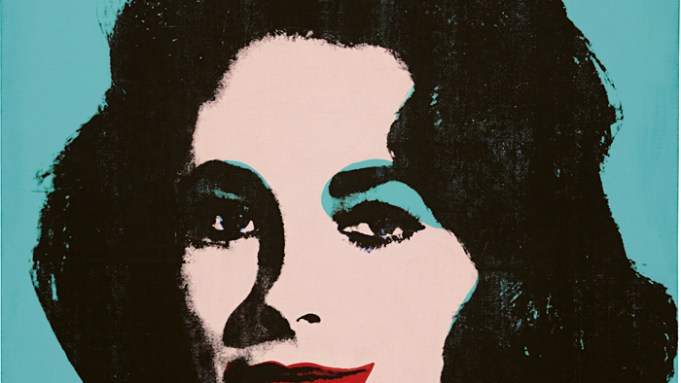 Warhol continued to dominate the spring contemporary auctions, taking the top slot at Phillips de Pury & Company last night. A turquoise portrait of the recently deceased Elizabeth Taylor in all her sultry glory, Liz #5 (Early Colored Liz), 1963, sold for $27 million, near the top end of a $20 million to $30 million estimate. Billionaire hedge fund manager Steve Cohen, whose firm has come under scrutiny by government officials investigating insider trading, was widely reported to be the seller.

Even though Phillips failed to place about a quarter of the fifty lots on offer, the sale felt sturdy and included more high-priced lots than usual for the boutique house. The sale totaled $94.8 million, a big jump from the $38.1 million the house tallied during last year’s May sales. Simon de Pury, chief auctioneer and chairman, attributed some of the success to Phillips’s new Park Avenue outpost, in the heart of Manhattan’s financial gold coast. (The house also operates from a loft-like space in Chelsea.) Phillips also used financial deals to help secure a strong sale; about ten lots, including many of the highest priced works, were guaranteed by third parties.

An auction record was achieved for a collaborative painting by Andy Warhol and Jean-Michel Basquiat. Third Eye sold for $7 million, well above the $3 million presale estimate. The nearly 11-foot-wide 1985 painting merged Basquiat’s skeletons with Warhol’s grocery store meat prices (“$1.19 for chuck steak”). The week has been a strong one for Basquiat, whose prices, like Warhol, have recovered from the recession dip.

Phillips’s sale also included a painting by Georgia O’Keeffe, an artist usually found in American painting auctions. A dazzling 1936 floral canvas, by one of the premier American modernists, proved to be a deal. Estimated to go for up to $3 million, Yellow Jonquils IV sold for $2.2 million.

For the most part, the sale was carefully calibrated to today’s fickle tastes. The sale began with a run of younger artists. A silvery 2009 painting by 27-year-old Jacob Kassay was tagged to sell for up to $80,000. Just a few years ago, his paintings could be had for a few thousand dollars. Pace’s Marc Glimcher competed with a man seated beside him, driving the price skyward. Glimcher finally bowed out, leaving his competitor with a $290,500 bill.  Other works by Urs Fischer, Wade Guyton and Thomas Houseago followed, all surpassing their projected pre-sale low estimates.