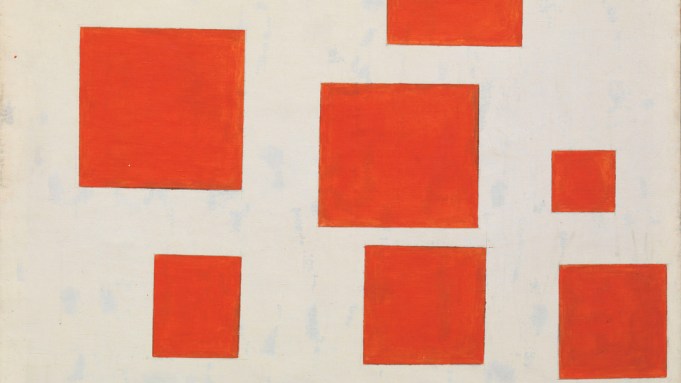 Art in America’s critics write their way through the best of 2011. We’ve asked leaders in the fine arts to highlight the top shows in their areas of special focus. Matthew S. Witkovsky is the Richard and Ellen Sandor Curator of Photography at the Art Institute of Chicago.

His selections are listed below, in chronological order.

Walead Beshty, Malmö Konsthall, Feb. 19–May 1
The immense and splendidly installed show surveyed the work of an exceptionally inventive and articulate artist. (To appreciate the capaciousness of the installation, check out Beshty’s homemade YouTube tour, complete with cameo by the artist as he passes by one of his reflective works) In addition to his glass “FedEx cubes” (2005–) and the large curled and folded photograms (2006–) that are his best known works to date stateside, Beshty showed heavy tabletop panels and cubes made of copper that accumulate fingerprints as they are variously handled, abstract sculptures molded from shredded photographic paper, and a recent book project.

Aleksandr Deineka, Palazzo delle esposizioni, Rome, Feb. 19–May 1
This was the first significant retrospective for one of the strongest painters of Socialist Realism in the Soviet Union. Deineka established his essential themes by the early 1920s-that is to say before Stalin’s ascent: stalwart laborers, triumphal and sexless youths, matronly beauties poised between the classical and the clinical. His ability to simplify color and monumentalize the human form without depriving his subjects of psychological depth is on par with the greatest painter-illustrators, from Daumier to Ben Shahn-and has given Neo Rauch much to think about.

“Aktionsraum 1,” Museum moderner Kunst, Vienna, Mar. 4–May 29
The Aktionsraum was a short-lived (1969–70) but potent performance laboratory, a garage-like structure in Munich run by a trio of multidisciplinary talents: Eva Madelung, a sometime performer and arts patron; Peter Nemetschek, a photographer who later became a social therapist; and Alfred Gulden, who had a degree in theater studies. The space lasted exactly one year but brought together in prodigious quantity various streams of live events from all over Europe: Vienna Actionists, Arte Povera, Yugoslav Conceptualism, and object-averse artists like Stanley Brouwn and Klaus Rinke. This essentially documentary exhibition on the Munich space succeeded through mimicry of its subject: located in the bunker-like basement of the MUMOK, furnished with vitrines, boxy video monitors and a few prop-relics, and papered with posters and grainy photographs. Best of all, the companion publication was none other than the original edition of a book published in 1971 by the organizers of Aktionsraum, and offered now at the time-warp price of 12 Euros.

“Francis Alÿs: Fabiola,” Haus zum Kirschgarten, Basel, Mar. 12–Aug. 28
Sometimes sequels exceed even the original. After presentations at the Hispanic Society in New York, LACMA and the National Portrait Gallery in London, Alÿs brought his unfinished collection of vernacular paintings of the Roman saint Fabiola to the sumptuous Haus zum Kirschgarten, courtesy of the Schaulager. The setting of a house-turned-museum, particularly one that embalms the habits and possessions of an upstanding Staatsburger, was ideally suited for Alÿs’s charming and moving venerations, which the artist secreted throughout the museum in addition to or in place of its usual displays. Naturally, in one room visitors encountered a pair of Fabiolas hung in the spot reserved for pendant portraits of the house’s original owner and his wife-a substitution freighted with thought-provoking resonances.

“After the Gold Rush,” Metropolitan Museum of Art, Mar. 22–Jan. 2
Collection shows of photography at the Met are not to be missed. With only the museum’s modestly sized galleries and relying solely upon its permanent collection, the photography department consistently comes up with original themes and, more importantly, original picks. “After the Gold Rush” continues the refreshing habit in the Met’s contemporary exhibitions of mixing canonical (Jeff Wall) and cultish (Gretchen Bender, Christopher Williams), and showing an openness to ostensibly incompatible photographic approaches (An-My Lê, Wolfgang Tillmans, Hans Haacke, Moyra Davey, and Laurie Simmons).

“A Hard, Merciless Light. Worker Photography,” Reina Sofía, Madrid. Apr. 6–Aug. 22
This mammoth thematic exhibition, provocatively excessive in size and impact, brought to the fore an enormous chapter-really several chapters—in photographic modernism, which have generally been quite poorly integrated into discussions of 20th-century culture and politics. With the exception of John Heartfield or Aleksandr Rodchenko, both highly unusual participants in this history, the movement known variously as “worker photography,” “social photography” or “(engaged) documentary photography” constitutes without doubt the most widespread tendency in photography of the later 1920s and 1930s across the Western world. A geographic breadth spanning from the United States to Spain to Russia, and extensive attention to figures and groups who are not well-known internationally—a wall of pictures by Hungarian photographer Kata Kálmán, for example, or work by members of the Soviet ROPF collective—made the show memorable if also somewhat of a test of endurance to visit.

“Tokyo-e at Le Bal,” Paris, May 20–Aug. 21
Attention to Japanese postwar photography has certainly been on the rise in the past several years, but much remains to be brought out and studied afresh. The inclusion in this small, handsomely presented show of an early series by Yukichi Watabe carried special impact. In 1958, Watabe was granted permission to accompany a detective on a murder case. The resulting series of photographs, published in a Japanese magazine, remain tantalizingly inconclusive. The perpetrator was not caught until years later, and the detective was fired meanwhile. As the exhibition text points out, the photo series constitutes a version of new wave cinema for the printed page—imagine Alain Delon as the cop, rather than the samurai.

“Super-8,” Christopher Grimes Gallery, Santa Monica, July 8–Sept. 3
A fabulously ambitious gallery exhibition, this survey of video art from the 1970s until the present featured 8 week-long presentations, each on a different city-Lisbon, Los Angeles, Rio de Janeiro, Dublin…—and each curated by a different artist. Complete with symposia, a tour itinerary, and daily spotlight features, the show was decidedly “museum quality.” Best of all was the presentation of one video each day, looped in the gallery’s large front room for cinematic viewing. In the back, the entire exhibition, stored on a hard drive, could be perused at will.

“In the Spirit of Walser,” Donald Young Gallery, Chicago, Dec. 3–Apr. 2012
A succession of artists—Moyra Davey, Thomas Schütte, Rosemarie Trockel, Tacita Dean and Mark Wallinger—will set their works in Donald Young’s jewel-box gallery a month or so at a time for the next several months, each paying their respects to Swiss writer Robert Walser (1878–1956). First on the list are Peter Fischli and David Weiss, who have expressed a debt to Walser’s deft humor and to his wanderings, both physical and metaphysical. Still, the hit of the show is a selection of  “microscripts,” the scraps of appropriated paper that Walser covered in dense, post-medieval calligraphic writing, accompanied by a timeline of his life illustrated with astutely chosen photographs. Those remain on view throughout the exhibition run.

“The Renaissance Portrait from Donatello to Bellini,” Metropolitan Museum of Art, Dec. 21–Mar. 18
This is the “blockbuster” exhibition most worthy of that sobriquet this year: beautifully installed, sublime, and exceedingly well thought out and explained. Didactic wall texts carefully remind us of the interpretative role played by artists as they deified their sitters or simply rendered them tolerable to behold. Pisanello used backlighting and a profile view to minimize the “deformed, frightening face and large restless eyes” of Filippo Maria Visconti, for example. But what draws us in of course is the tension between idealization and warts-and-all verism, which the curators admirably underscore by putting Ghirlandaio’s fabulous bulbous-nosed grandfather (diagnosis: rhinopyma) on the cover of the catalogue. The show is packed, and standing surrounded by so many painted and sculpted heads of this kind, it’s hard not to start surveying the visitors’ own heads for signs of nobility and deformity.

Two exhibitions, mentioned by other writers for A.i.A. in their year-end analyses, merit honorable mentions: “Atlas, or How to Carry the World on One’s Back?” and “Blinky Palermo,” particularly in the version presented at the Hirshhorn Museum and Sculpture Garden. If you like art, these are the shows you live for.

The Frank Lloyd Wright Suite at This Tokyo Hotel Is a Midcentury Modern Fever Dream—and It’s Available for $10,000 a Night