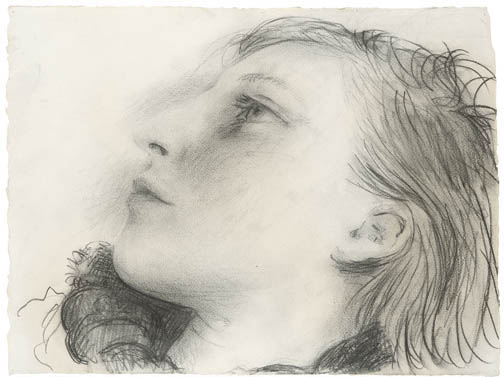 The third in a series of museum-quality exhibitions organized by Picasso biographer John Richardson for Gagosian Gallery, “Picasso and Marie-Thérèse: L’amour fou” focuses on the years 1927–1941, the time span of this couple’s passionate relationship. For the show—currently on view in New York through June 25—Richardson collaborated with art historian Diana Widmaier Picasso, the granddaughter of Picasso and his lover, Marie-Thérèse. This stunning exhibition of some 80 works from international public and private collections covers a highly productive time for the artist when he was successfully employing rather divergent visual vocabularies. On view is a broad range of experiments in late Cubism, neo-Classicism, Surrealism, through to visceral and expressionist works leading up to his anti-war cry, Guernica (1937, not in the exhibition).

Picasso’s formidable technical skills are highlighted here, from delicate line drawings with faint wisps of color, renderings in a quasi-realist style, to gritty abstractions in garish hues. The exhibition includes a strong selection of sculptures, reflecting the period when Picasso focused for the first time in earnest on three-dimensional works and established his first sculpture studio.

These were extraordinarily prolific years, even by Picasso’s feverish standards. Most of the work from the time was inspired by a young girl, Marie-Thérèse Walter, who Picasso met by chance one afternoon in a Paris shop in 1927. For Picasso, at least, it was love at first sight. He asked to draw Walter’s portrait; before long she was his mistress. The affair remained secret to all but a few close associates for two good reasons: Marie-Thérèse was underage at the time, 17; and Picasso was married, unhappily, to a former ballerina from Russia, Olga Khokhlova.

Picasso bought for his mistress a chateau in Boisgeloup, in the countryside some 40 miles northwest of Paris, and set up a studio in a former horse stables on the grounds. According to Widmaier Picasso in the show’s forthcoming catalog, it was there that “his artistic experimentation flourished. . . A period of social withdrawal [from Paris] and creative fervor followed.” Marie-Thérèse and Picasso carried on their illicit love affair each Monday through Friday for years. Picasso was visited by Olga on some weekends and Marie-Thérèse was often obliged to retreat to Paris if not to one of the chateau’s outbuildings.

Although the diverse and sometimes uneven quality of the artist’s output at this time is still a source of controversy among Picasso experts, the period has long been of great interest to the public and to the marketplace. Major paintings of Marie-Thérèse, such as Le Rêve (1932), have sold for well in excess of $50 million.

While Le Rêve is missing from the show, there are several related—and resplendent—examples, such as the large Woman Seated at a Window (1932) and Nude in a Red Armchair (1932). Some of the most memorable works on view are the sculptures, many of which have been little exhibited in the U.S. According to Richardson in the show’s catalog, the most celebrated works Picasso produced at Boisgeloup are the “hieratic, phallus-nosed busts of Marie-Thérèse,” a number of fine examples of which are included. Here, Picasso is once again in competition with Matisse, who was at the time also working in three dimensions. In the end, there is a unique and consistent specificity in Picasso’s sculptures-and in the two-dimensional works—in terms of subject and feeling. They are always about a woman, Marie-Thérèse, or the couple’s daughter, Maya, and they were all clearly made by a man head-over-heels in love.