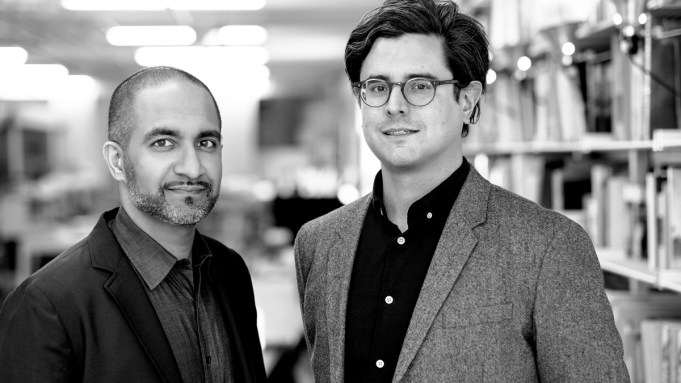 Cooper Hewitt, Smithsonian Design Museum announced New York-based design studio Project Projects as the winner of its 2015 National Design Award in the category of communications design. The prizes, which were founded in 2000 as an initiative of the White House Millennium Council, recognize outstanding American design in 11 disciplines. First Lady Michelle Obama serves as the honorary patron for this year’s awards, the nation’s highest distinction in the field.

Prem Krishnamurthy and Adam Michaels founded Project Projects, which focuses on art, architecture and culture, in 2004. The studio’s endeavors encompass brand identities, books, exhibitions and installations, as well as independent curatorial and publishing projects. The firm has collaborated with museums and nonprofit art spaces, including the Art Institute of Chicago, Bard College Center for Curatorial Studies, M+ Museum (Hong Kong) and the Whitney Museum of American Art, as well as publishers, architecture firms and fashion houses. Project Projects has been a finalist for the National Design Awards two times before, in 2009 and 2011, and has received numerous other awards, including the ADC Bronze Medal, I.D. Magazine’s Design Distinction Award and the AIGA 365 Award.

Over the past 11 years, Project Projects has expanded from a two-person studio into a multidisciplinary design practice that now comprises the downtown exhibition space K. (formerly known as P!), directed by Krishnamurthy, and the publishing house Inventory Press, led by Michaels.

Current initiatives include the catalogue for the Polish Pavilion at the 56th Venice Biennale, signage for the Museum of Modern Art’s forthcoming expansion and a cover for Art in America‘s annual guide to museums and galleries, to be published in August. (This is the third year in which A.i.A. has commissioned a prominent design studio to create the cover. The 2014 edition featured a cover by Metahaven and Independent Diplomat and the 2013 issue was designed by Dexter Sinister.)

Sony Is Slashing Prices On Everything From Wireless Earbuds to 4K TVs: Up to $800 Off