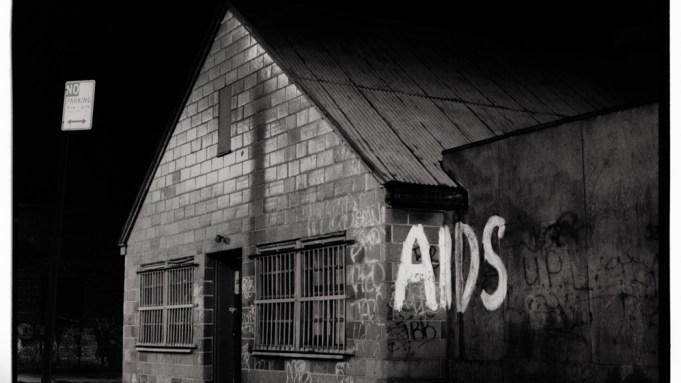 Over the past few months, protests have erupted across the country, filling streets and airports, town halls and city parks. As the Trump administration implements its nationalist agenda, the protests will surely grow and intensify. Commentators have likened the political strife to that of the 1960s, and express disbelief that the country has arrived at such a divided and volatile state. This shock derives in part from the belief that, since that decade, this kind of unrest has been absent from American streets and politics, confined instead to election booths and the floor of Congress.

As an alternative to this narrative, two exhibitions in New York are presenting the cultural and documentary history of protests, riots, and revolution that took place over the last forty years, from the election of Richard Nixon to the end of the century. “Finally Got the News: The Printed Legacy of the U.S. Radical Left, 1970-1979,” at Interference Archive in Brooklyn through May 14, displays a collection of printed ephemera while “Whose Streets? Our Streets!: New York City, 1980-2000,” at the Bronx Documentary Center through March 5, presents photos of a city in tumult over race relations, the AIDS epidemic, and economic change. These exhibitions approach the historical specificity of their subjects through different mediums and contexts. But both remind us that conflict and protest are the common language of politics.

In the 1970s, protestors who had weathered the Civil Rights and anti-war movements hardened into urban revolutionary groups that battled on long after the mass movements petered out. “Finally Got the News” presents a sampling of the printed ephemera these groups left behind. Posters, booklets, and newspapers cover the walls of the archive’s small gallery, displaying the distinct visual language that protest movements developed. Some are large, colorful prints characteristic of anti-colonialism struggles elsewhere in the world, while others are stripped of images, mimicking the earnest graphic design of corporate instruction manuals or bulletins put out by public agencies.

The show represents major currents in activism of the ’70s: black liberation, Marxism, gay liberation, radical feminism, anti-imperialism, radical unionism, and indigenous struggles, as well as the various means used to deliver these messages, ranging from silkscreen to mimeograph. The well-worn imagery of the revolutionary left abounds-raised fists, AK-47s, Marx, Lenin, etc.-but there are less familiar images and subjects as well, such as a bilingual journal on the Eritrean struggle for independence from Ethiopia or another on Northwestern fishing rights replete with an Inuit woodcut under the title. One beautiful purple-and-green silkscreen print depicts an Angolan woman in traditional garb embracing a guerilla fighter in camouflage fatigues. It was produced by a print shop in San Francisco in solidarity with the struggle for national liberation in Angola.

Some of the causes are distant or historically removed, like solidarity posters for the anti-apartheid struggle in South Africa or against the dictatorship in Chile, while others feel painfully contemporary. One poster from 1973 calls for a demonstration in Manhattan against the acquittal of a white police officer on trial for killing Clifford Glover, a nine-year-old black boy. “Another police murder” is written across the top in carefully hand-lettered script.

Interference Archive is a collectively run repository and exhibition space dedicated to exploring and preserving the “relationship between cultural production and social movements,” as a mission statement on its website reads. It spans two rooms in a squat refurbished warehouse near the Gowanus Canal. They archive graphics and ephemera from social movements, ranging from the esoteric to protests as recent as Donald Trump’s inauguration.

Some of the material for the exhibition comes from the archive’s shelves but most is drawn from the private collection of Brad Duncan, who curated the show with the Interference team. Duncan has been collecting progressive and radical ephemera for years, assembling his own archive in his West Philadelphia home. When I asked how he chose the materials to display, he said he “wanted to show that these movements, while each coming out of their own autonomous historical experience, were united by currents that were explicitly anti-capitalist and also explicitly revolutionary, in so much as they were for destroying the state and creating something new in its place.” Josh MacPhee, Jen Hoyer, and others from the Interference collective helped make sure that the materials displayed a diversity of aesthetic styles and mediums. “One key reflection that we hope visitors will take away,” Hoyer told me, “is how print publications were used as a tool for community organizing.”

“Finally Got the News” takes its name from a 1970 documentary of the same name on the League of Revolutionary Black Workers, a group that successfully fused working-class politics with ideals of black liberation. Detroit features prominently in the show, in part because Duncan grew up there and in part because the city uniquely stood at the intersection of black urban life and powerful industrial unionism. It represented the New Left’s best hope for uniting identity and revolutionary class struggle. The revolution never materialized, however, and the disappearance of industrial jobs destroyed that avenue towards radical change just as surely as it destroyed the city of Detroit.

In another section of the exhibition, a 1977 copy of the anarchist tabloid Fifth Estate hangs on the wall amongst a collection of anti-authoritarian ephemera. Across an aerial shot of a vibrant and bustling downtown Detroit reads the caption, “Soon to be picturesque ruins.”

“Whose Streets? Our Streets!: New York City, 1980-2000” at the Bronx Documentary Center takes up where “Finally Got the News” leaves off, exploring the activism and political strife of New York during the two decades indicated in the title. Instead of printed ephemera, however, curators Meg Handler, Tamar Carroll, and Michael Kamber culled from two decades worth of photos by thirty-eight photographers to assemble a visual panorama of the city’s many riots and protests. Like the 1970s, the Reagan era is remembered as glacial time for radical politics. But this show displays a time rich in activism and social conflict.

The show’s overall presentation and its content form a sharp juxtaposition. The clean rows of uniformly sized photographs and the brilliant white matting enclose scenes brimming with unrest and surging bodies. Some of the images are familiar-people walking on sidewalks, holding signs, shouting at police officers-while others seem to come from another world. In one black-and-white photo a car burns in Washington Heights amid protests against the murder of an undocumented immigrant by the police in the early 1990s. In another, a squatter stands atop an overturned car in the Lower East Side, using it as a makeshift barricade to impede the police from evicting a squatted building. Major historic events, like the Tompkins Square Park Riot and the Crown Heights race riots, are placed alongside simple, almost unremarkable moments of protest: a mother picketing a medical-waste incinerator or workers demanding better treatment at a restaurant in Chinatown. The photographs show the everyday political life of the city.

When I asked Handler what principles guided the selection process, she said that she and her co-curators sought to represent the city as a whole while capturing “the varieties of actions undertaken by demonstrators on a range of issues, as well as the unplanned acts of spontaneous violence, such as the Crown Heights riots, which shaped politics and race relations in the city.”

The photos, perhaps because of their documentary nature, also record a period of dramatic change. Even though the photos aren’t arranged in chronological order, you can follow the transformation of the city as the photos go from black-and-white to color. A kind of political gentrification is also on display as the images evolve from violent confrontations into more symbolic actions and mass protests. Unlike Detroit and other rustbelt cities, New York in the early ’80s was starting what would become a frenzied resurrection, driven by the burgeoning financial sector and social engineering on the part of increasingly aggressive mayoral administrations.

Another transformative current running through the show is the AIDS crisis. Several of the photos feature actions by ACT UP and large mobilizations to raise awareness about the epidemic. One photo in particular marks the importance of AIDS in shaping the political landscape of the city during those decades and also how it hovers in the background of the show. Different in size from the others and set aside from their neat rows, it is a photo by Sylvia Plachy from 1987, depicting an abandoned-looking building under the Williamsburg Bridge. “AIDS” is scrawled on its side in ghostly white paint.

At the moment, for obvious reasons, there is a huge upsurge in shows and exhibitions on protests and social unrest. Even before the election of Trump and the ascent of his cabal of nativists, xenophobes, and nationalists, a powerful movement for black liberation emerged in response to police violence, which paralleled a growing radical critique of capitalism. In response to the new administration, activists across the country are calling for resistance based in cities. As they mobilize, these movements are creating their own unique iconography and an incredible rate of photographic documentation, the subject of “Perpetual Revolution: The Image and Social Change,” an exhibition now on view at the International Center for Photography.

The shows at Interference Archive and the Bronx Documentary Center, on the other hand, are historically situated, displaying two ways of resurrecting radical history. The photos on view in the Bronx exude intimacy, not just between viewer and subject but between the subjects themselves. They are locked in embraces, eye-to-eye, bonded in violent confrontation or joyous defiance. The ’70s radical ephemera in Brooklyn, by contrast, is static and aspirational. Its imagery expresses the radical imagination that came out of the ’60s and crystallized under the long shadow of Nixon.

It might be tempting to place these shows in causal relationship with each other, as if the failure of the revolutionary movements in the ’70s, presaged the local struggles of the ’80s and ’90s in New York. But neither culture nor history works in such clean lines. Instead, the shows share an attempt to capture the aura of radical activity in epochs remembered for right wing presidents and rampant self-interest. They each demonstrate different ways that a cultural history of radical political life, eclipsed by hegemonic cultural forces, can be reexamined. Through a cacophony of voices and subjects, they give a sense of depth and proportion.

This kind of historical representation is not the height of political activity but can form a historical and cultural grounding for those choosing to resist. In the years covered by these shows, people struggled, lost, fought, and occasionally won against powerful reactionary political and economic forces. The traces they left behind in print and photographs shed light on those eras and remind us that things have been as bad before, if not worse, and that resistance flourished nonetheless.

Gisele Bündchen Makes a Comeback for Riccardo Tisci, and Burberry