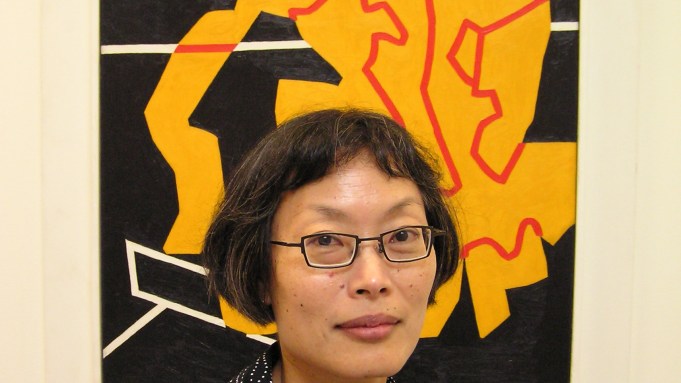 The Brooklyn Museum has announced the participants in five ten-week solo exhibitions; part of “Raw/Cooked,” a new yearlong series that begins Sept. 16. The five artists, none of whom is represented by a gallery or has previously been given a museum exhibition, are Kristof Wickman (Sept. 16–Nov. 27), Lan Tuazon (Nov. 4,  2011–Jan. 15, 2012), Shura Chernozatonskaya (Jan. 2–Apr. 8, 2012), Heather Hart (Apr. 13–June 24, 2012) and Ulrike Müller (June 29–Sept. 9, 2012). All of the artists reside in Brooklyn, consistent with the museum’s ongoing efforts, as organizing curator Eugenie Tsai puts it to A.i.A., to tap the borough’s “very vibrant art scene, at once local and international.”

The participants were nominated by an advisory panel of five established artists: Amy Sillman (Müller), Ron Gorchov (Chernozatonskaya), Mickalene Thomas (Hart), Michael Joo (Lan Tuazon) and Paul Ramirez Jonas (Wickman). “We wanted an advisory panel made up of people who live in different parts of Brooklyn, and who also have very different practices,” says Tsai. Each provided three names; Tsai visited the studios of all 15 nominees (“quite a range of ages, from their 20s to their 60s”) before choosing the final group.

As for “Raw/Cooked,” the series title, Tsai explains that it “suggests the transformation of materials that occurs in the artistic process as well as the ability to know when something is finished or ready to go. Also two different esthetic sensibilities, or styles of presentation.”

Wickman, the first to show, will install in the museum’s mezzanine and possibly the front lobby. Casting everyday objects in materials such as bronze and acqua resin, some of them painted, Wickman creates sculptures with “a mysterious, enigmatic quality,” says Tsai. “He will cast a rock that will sparkle like mica, but at the same time you know it’s not real. Or his own body parts—for example his face, on the side of a pumpkin, making a very poetic, suggestive piece.”